How much plastic are we consuming? A Lego brick a month 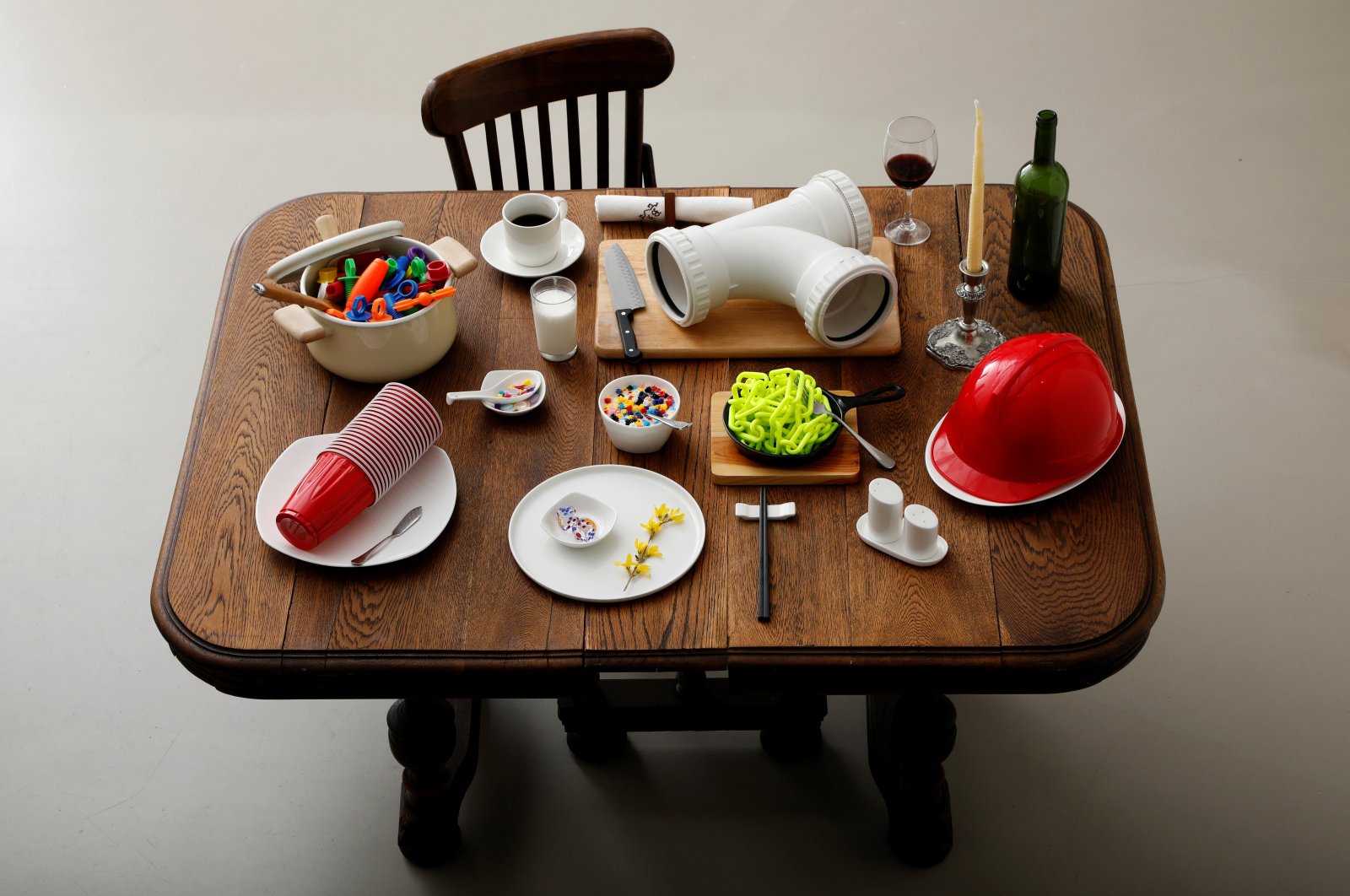 Various plastic goods weighing 3.15 kilograms, which is equivalent to the amount of plastic that someone could eat in ten years, are displayed on a table in this illustration taken in Tokyo, March 31, 2020. (Reuters Photo)
by REUTERS
Dec 08, 2020 4:27 pm

These examples may sound extreme but can easily represent over time the cumulative amount of microscopic pieces of plastic we consume every day.

People could be ingesting the equivalent of a credit card of plastic a week, a 2019 study by the World Wide Fund for Nature (WWF) concluded, mainly in plastic-infused drinking water but also via food like shellfish, which tends to be eaten whole so the plastic in their digestive systems is also consumed.

Reuters used the findings of the study to illustrate what this amount of plastic actually looks like over various periods of time.

In a month, we ingest the weight of a 4x2 Lego brick in plastic, and in a year, the amount of plastic in a fireman's helmet.

This may not sound like much, but it can add up. At this rate of consumption, in a decade, we could be eating 2.5 kilograms (5.5 pounds) of plastic, the equivalent of over two sizable pieces of plastic pipe.

And over a lifetime, we consume about 20 kilograms of microplastic.

Plastic production has surged in the last 50 years with the widespread use of inexpensive disposable products. As plastic is not biodegradable, but only breaks down into smaller pieces, it ultimately ends up everywhere, cluttering beaches and choking marine wildlife, as well as in the food chain.

Standing on the shoreline of a wildlife-protected saltmarsh in southern England, Malcolm Hudson, a professor of environmental science at the University of Southampton, shows Reuters small, bead-like plastic pellets that permeate the marsh.

Hudson says that most research has been done on these microplastics, but there are increasing amounts of even smaller particles called nanoplastics in the environment that are far more difficult to detect, which we are likely ingesting as well.

"It could pass into our blood or lymphatic system and end up in our organs," said Hudson.

"Those plastic particles are little time bombs waiting to break down small enough to be absorbed by wildlife or by people and then potentially have harmful consequences."