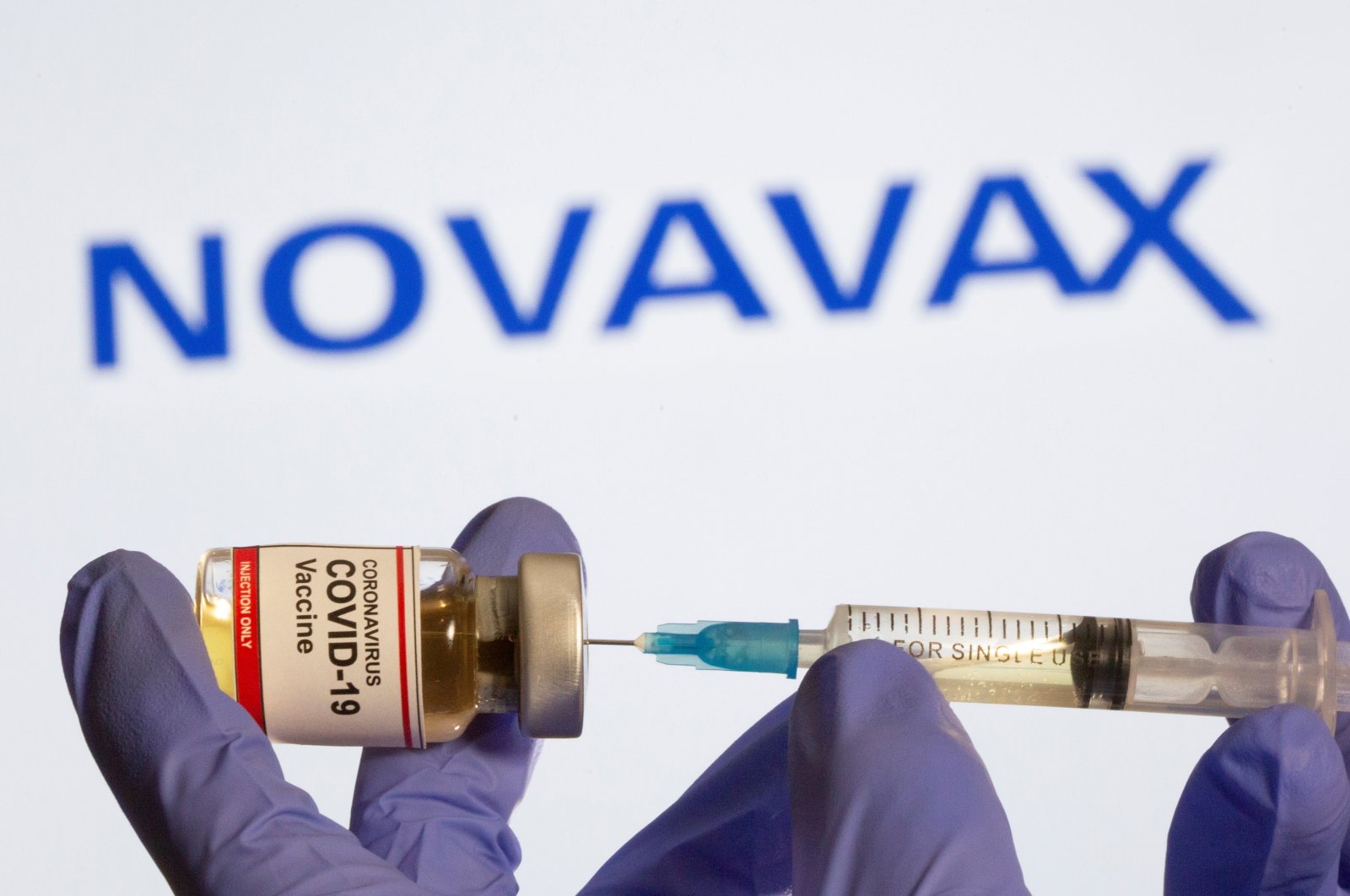 A woman holds a small bottle labeled with a "Coronavirus COVID-19 Vaccine" sticker and a medical syringe in front of a displayed Novavax logo, Oct. 30, 2020. (Reuters Photo)
by ASSOCIATED PRESS Jun 14, 2021 1:09 pm
RECOMMENDED

A large, late-stage study showed that the Novavax vaccine was highly effective against COVID-19 and also protected against variants.

The vaccine was about 90% effective overall and preliminary data showed it was safe during the study in the U.S. and Mexico, the company said Monday.

While demand for COVID-19 shots in the U.S. has dropped off dramatically, the need for more vaccines around the world remains critical. The Novavax vaccine, which is easy to store and transport, is expected to play an important role in boosting vaccine supplies in the developing world.

That help is still months away, however. The company says it plans to seek authorization for the shots in the U.S., Europe and elsewhere by the end of September and be able to produce up to 100 million doses a month by then.

“Many of our first doses will go to ... low- and middle-income countries, and that was the goal to begin with,” Novavax Chief Executive Stanley Erck told The Associated Press.

While more than half of the U.S. population has had at least one COVID-19 vaccine dose, less than 1% of people in the developing world have had one shot, according to Our World In Data.

Novavax's study involved nearly 30,000 people ages 18 and up in the U.S. and Mexico. Two-thirds received two doses of the vaccine, three weeks apart, and the rest got dummy shots.

There were 77 cases of COVID-19 – 14 in the group that got the vaccine and the rest were in volunteers who received dummy shots. None in the vaccine group had moderate or severe disease, compared to 14 in the placebo group.

The vaccine was similarly effective against several variants including the one first detected in the U.K. that's dominant in the U.S., and in high-risk populations including the elderly and people with other health problems.

Side effects were mostly mild, primarily tenderness and pain at the injection site. There were no reports of unusual blood clots or heart problems, Erck said.

Novavax reported the results in a press release and plans to publish in a medical journal, where it will be vetted by independent experts. The Maryland-based company previously released findings from smaller studies in Britain and South Africa.

COVID-19 vaccines train the body to recognize the coronavirus, especially the spike protein that coats it, and get ready to fight the virus off. The Novavax vaccine is made with lab-grown copies of that protein. That's different from some of the other vaccines now widely used, which include genetic instructions for the body to make its own spike protein.

The Novavax vaccine can be stored in standard refrigerators, making it easier to distribute.

In May, the vaccine alliance Gavi announced it had signed an agreement to buy 350 million doses of Novavax’s vaccine, with deliveries estimated to begin in the third quarter. COVAX, the global initiative to provide vaccines to countries, is facing a critical shortage of vaccines after its biggest supplier in India suspended exports until the end of the year,

Novavax has been working on developing vaccines for more than three decades but hasn't brought one to market. The company’s coronavirus vaccine work is partly funded by the U.S. government.