Oh my! Lions, tigers on mend after COVID-19 infection at DC zoo 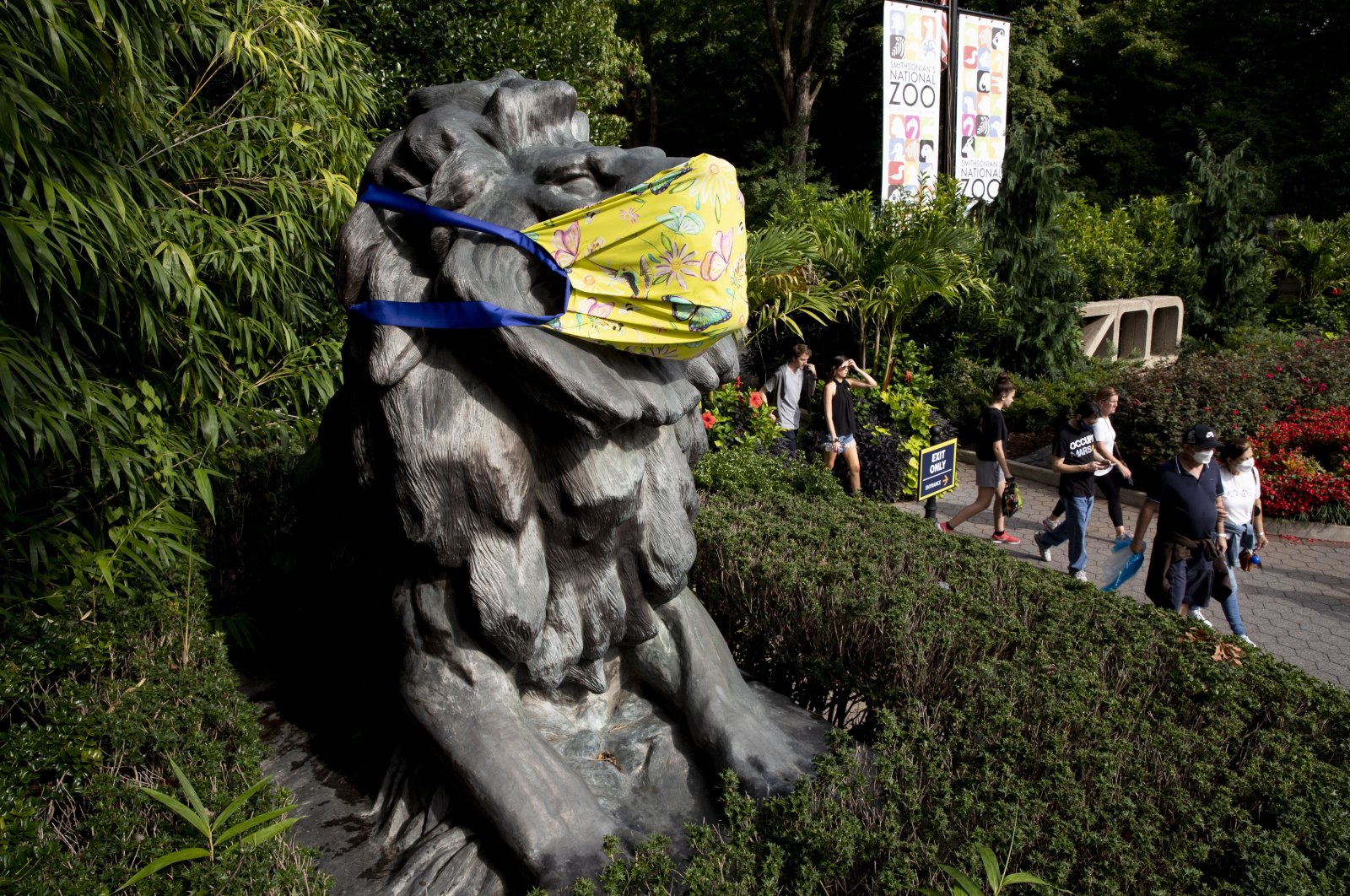 Cats of all sizes are known to spend upward of 20 hours a day laying around waiting for something to happen, so it might be hard to tell if a cat is just being a cat, or if something else might be weighing them down. For the big cats in the zoo in Washington, D.C., turns out it was COVID-19 making them more lethargic than normal.

Six lions and three tigers at Smithsonian's National Zoo in Washington are on the mend after all of them caught the coronavirus last week.

The zoo's chief veterinarian on Friday said the lions and tigers probably got COVID-19 from an asymptomatic zookeeper, and it spread to the big cat population – all nine of them.

He said the zoo had noticed the big cats were sick because the lions and tigers were barely getting up to move and not eating well.

"It came on a little bit insidious," said Dr. Donald Neiffer, the chief veterinarian. "I believe last Thursday we had a single animal who was a little inappetent ... but it's not something that requires us to jump right on it."

However, he said within 48 hours other cats started developing signs of lethargy, dry coughs and sneezing. "That's when things began getting quite interesting here and we started enacting other biosecurity measures."

After testing the cats and getting them on different COVID-19 treatments for the symptoms, they are now coming back around and should be fine soon.

"We are seeing an overall trend moving upwards. Based on how they're behaving today, the majority of them are eating more, moving around more. There's less discharge and coughing. I would hope that there's some significant improvement seen in these guys by Monday of next week," said Neiffer.