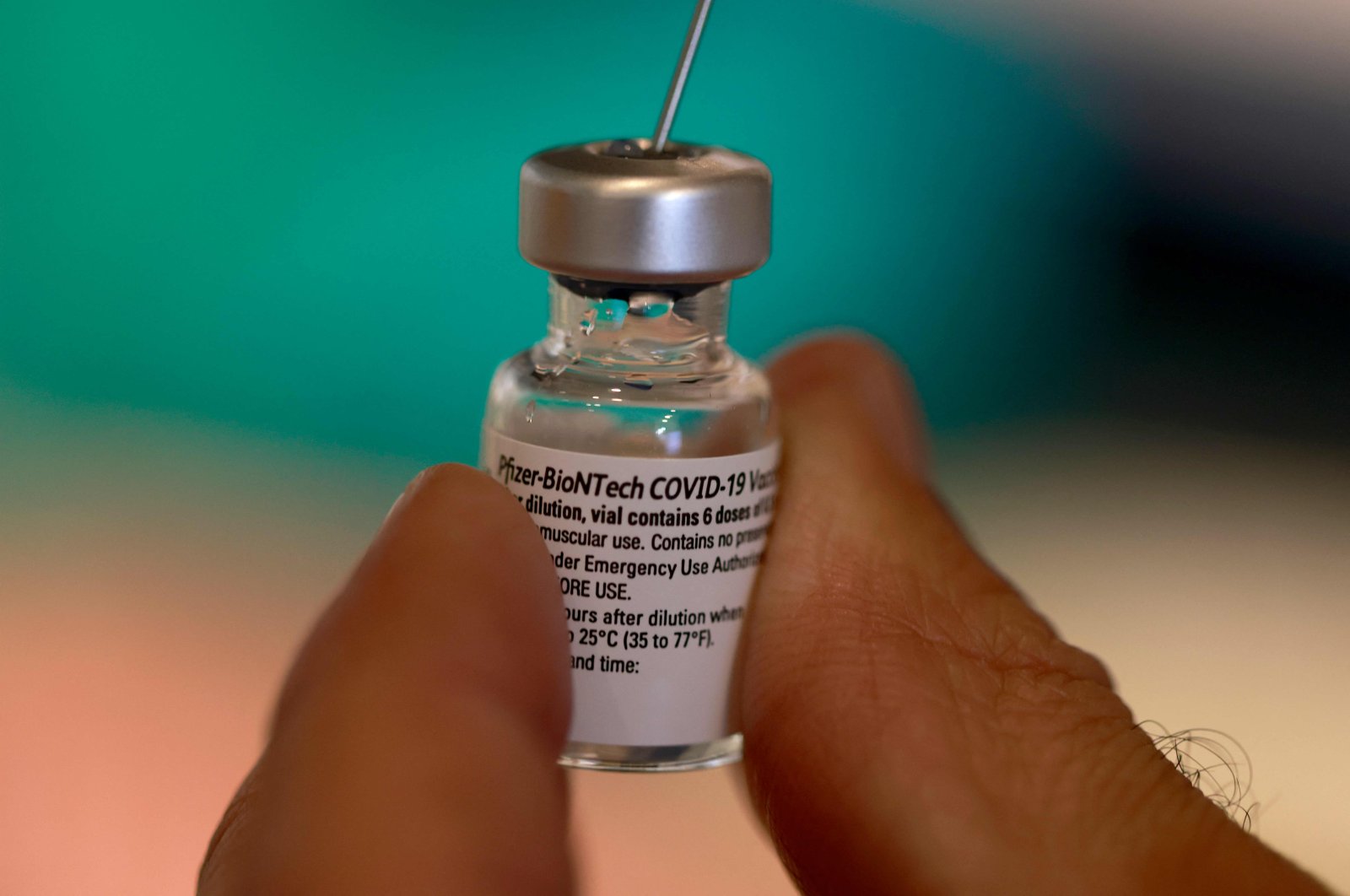 Applying repeat shots of the Comirnaty COVID-19 vaccine is a better strategy against the coronavirus variants than developing or modifying the product for new variants over uncertainties and a high rate of effectiveness against the contagious delta strain, BioNTech said Monday, as the firm has now supplied more than a billion doses throughout the globe.

The German biotech company said that offering a third dose of its established two-shot vaccine remained the best response to concerns over waning immune protection in the face of the highly contagious delta variant, as worse strains may emerge.

"It is quite possible that in the next six to 12 months, further variants will emerge and that would require adaptation of the vaccine but it is at the moment not yet the case," Chief Executive Uğur Şahin told journalists.

BioNTech said the more than 1 billion supply tally as per July 21 was up from 700 million-plus doses it announced in June. This compares with AstraZeneca saying last month that it and manufacturing partner Serum Institute of India had supplied a billion doses of its vaccine globally.

Based on delivery contracts signed for more than 2.2 billion doses so far, BioNTech said in a statement detailing its second quarter earnings that it expects to accrue 15.9 billion euros ($18.7 billion) in revenue from the vaccine this year, up from a May forecast of 12.4 billion euros. That includes sales, milestone payments and a share of gross profit in its partners' territories, BioNTech added.

BioNTech partner Pfizer, late last month raised its forecast for its share of 2021 vaccine sales to $33.5 billion and said at the time it believes people will need a third dose of the shot. Pfizer and BioNTech's decision in early July to seek authorization for a third dose drew criticism from United States health regulators, who said there was not yet enough data to show booster shots are needed.

U.S. health agencies have since discussed additional doses for people with compromised immune systems, while Germany and France said they would roll out a third dose for the most vulnerable from September.

That jars with a call by the World Health Organization (WHO) to use doses instead to jump-start vaccination campaigns in poorer nations that have so far been left behind.

Şahin said that although work was ongoing to adjust the vaccine to variants it was not clear whether yet another version of the pathogen would supplant the now prevalent delta variant.

"Making a decision at the moment might turn out to be wrong in three or six months if another variant is dominating," Şahin said during an analyst call.

Chief Medical Officer Özlem Türeci said lab experiments had shown that a third shot of the established product generated neutralizing antibodies against a range of strains and that the antibody boost was above the one following a second dose.

Still, the company reiterated plans to start testing a vaccine adjusted to the delta variant on humans this month, part of a "comprehensive strategy to address variants."

Countries including France and Germany have said they will begin offering the additional shot to the elderly and the most vulnerable from September.