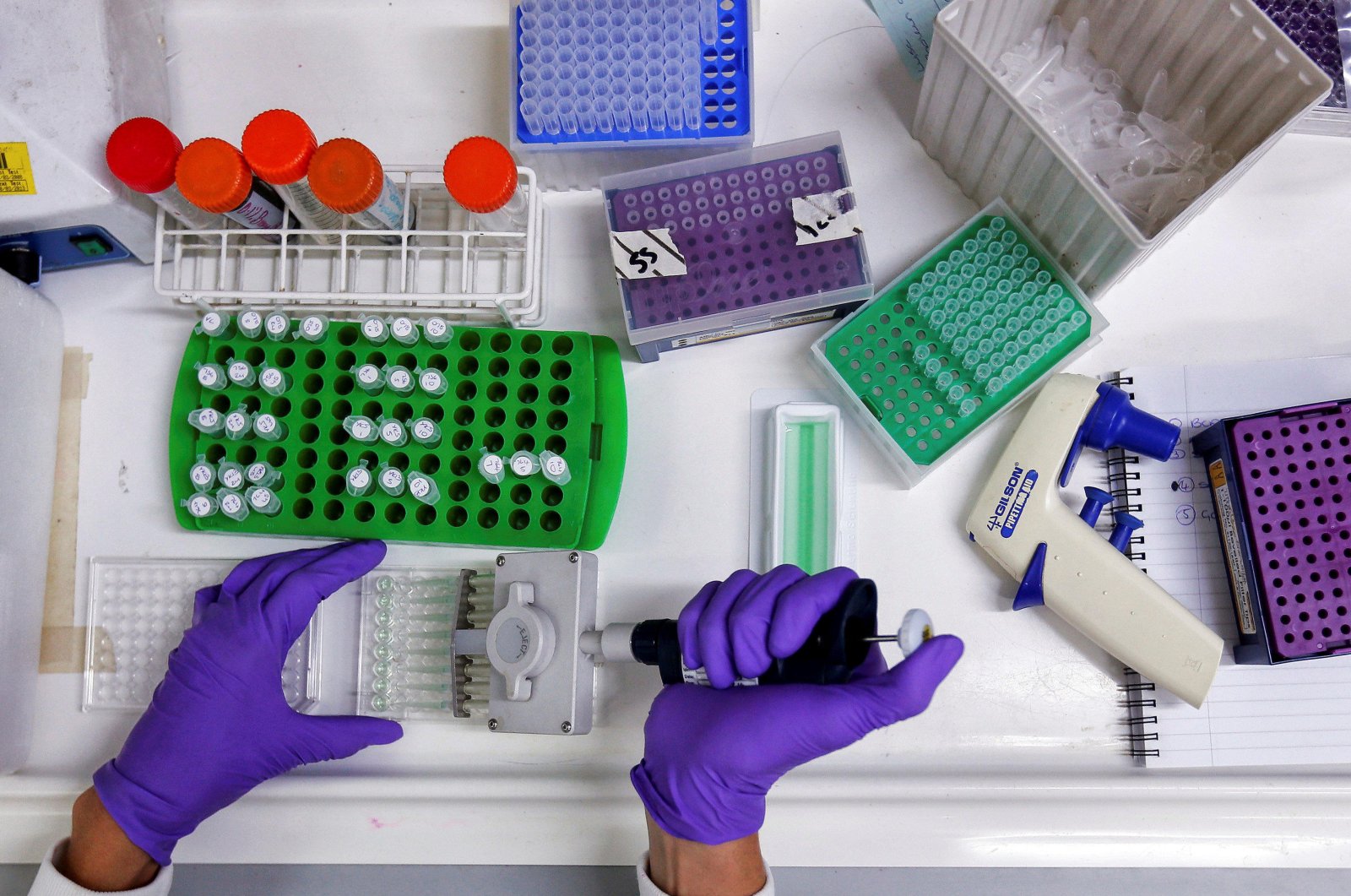 A scientist prepares protein samples for analysis in a lab at the Institute of Cancer in Sutton, England on July 15, 2013. (Reuters Photo)
by French Press Agency - AFP Aug 19, 2020 6:06 pm
RECOMMENDED

As our bodies convert food into energy, they produce debris that accumulates as we age. New research shows that one of these metabolic throwaways plays a potentially deadly role in the development of cancer.

The finding adds to a body of knowledge about the ways in which the aging process accelerates our chances of developing deadly cancers, but also offers potential avenues for blocking metastasizing tumors.

The study, published Wednesday in the Journal Nature, grew from work on metastasis, the process by which cancer cells detach from an initial tumor and former new tumors elsewhere in the body.

Observations of metastasizing cells revealed something intriguing – a high level of something called methylmalonic acid (MMA), a metabolic byproduct that appears to accumulate as we get older.

To examine whether MMA might play a role in metastasis, the scientists examined how lung and breast cancer tumor cells behaved when exposed to blood samples taken from people aged 30 and younger, or 60 and older.

They developed increased "migratory and invasive capacity," as well as resistance to two drugs often used to treat cancers, the study found.

When the cells were injected into mice, they produced metastatic tumors in the lungs.

So how does MMA induce these changes in cancer cells? The key seems to be in a sort of reprogramming that "switches on" a gene called SOX4.

Prior research has shown SOX4 encourages cancer cells to become more aggressive and prone to metastasis.

To test whether it was indeed SOX4 that was altering the qualities of the cancer cells, the team blocked the expression of the gene and found that MMA no longer appeared to have the same effect.

Blocking SOX4 also stopped the process by which the cancer cells were able to resist two cancer treatments.

"This discovery is the beginning of many investigations in many different directions," said John Blenis, a professor of pharmacology at Weill Cornell Medicine, who led the research.

"But our hope overall is that we'll be able eventually to develop therapies to reduce MMA levels and thereby reduce cancer mortality," Blenis said in a statement issued by Weill Cornell Medicine.

There are still a lot of unanswered questions, including why MMA accumulates with age, and whether the mechanism that the researchers observed in the blood samples and in mice would be the same in humans.

The blood samples used were also all taken from men, and among the avenues Blenis hopes to research further is whether MMA accumulation has the same effects in women.

"It's a brand-new discovery, and we still have a lot to do to follow it up," Blenis said.

But there are already some promising potential ways that the findings could influence treatment.

MMA accumulation is linked to high-protein diets, so it is possible that a low-protein diet might help cancer patients respond better.

In theory, drugs that reduce MMA levels might also have a role to play, potentially reducing the aggressive spread of cancers in patients.