Summer is in the air: Throw out last year's sunscreen, grab new 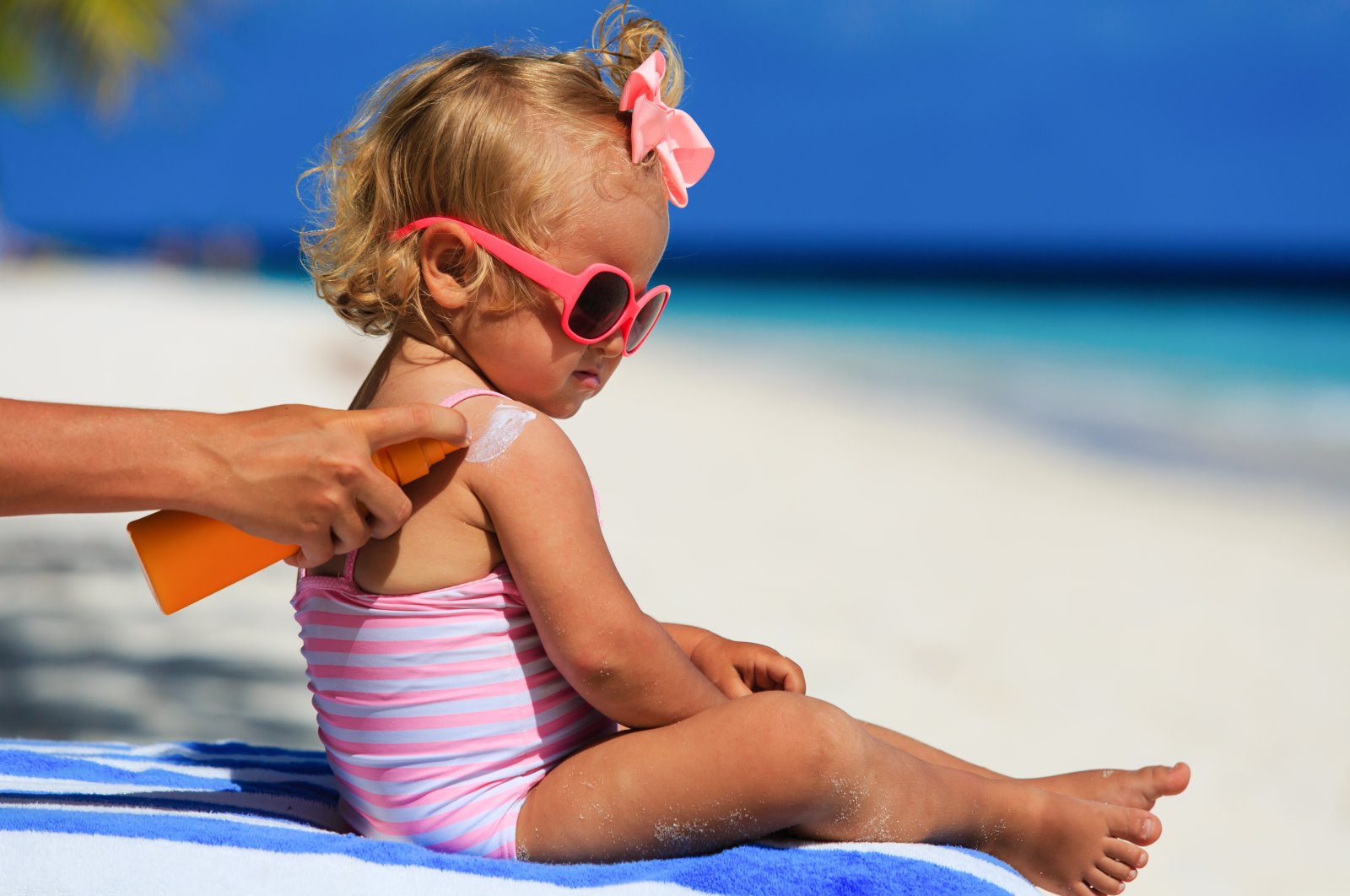 If you have a bottle of sunscreen left over from last summer that's already been opened, you shouldn't use it. (Shutterstock Photo)
by German Press Agency - DPA May 24, 2021 9:45 am
RECOMMENDED

The summer season is coming and millions of people are getting ready to travel to southern countries and finally get some sun after spending a year mostly at home due to the COVID-19 pandemic.

You may start packing, take everything needed, including your swimming suit, beach towels, camera and, most importantly, a bottle of sunscreen to protect your skin.

However, make sure to buy a new bottle of sunscreen, and throw the one that is left from last year that has probably already been opened, experts say.

Having been exposed to oxygen, the sunscreen's contents will have changed under oxidation and can no longer properly fulfil their protective function, explains Dr. Eckhard Breitbart, chairperson of the Hamburg-based Dermatological Prevention Working Group.

But that's not all. "Substances can form that may well be carcinogenic," he says, though he adds there's no "solid proof" of this as yet.

A study by French and American scientists, published in March by the American Chemical Society, has given new credence to this suspicion. It found that the organic compound benzophenone, which has been identified as a possible human carcinogen, accumulates over time from the degradation of the ultraviolet light (UV) filter octocrylene in commercial sunscreen products.

"The safety of octocrylene as a benzophenone generator in SPF (sun protection factor) or any consumer products should be expeditiously reviewed by regulatory agencies," the study's authors write.

The maximum amount of time you should use a sunscreen after opening it is marked on the container with the symbol of an opened jar showing the limit, for example "12M," or 12 months. So as not to forget when you opened it, it's a good idea to write the date on the container with a permanent marker.

Some sunscreens also have a best-by date. If it's expired, the product should not be used even if it's still unopened, Breitbart advises.

A best-by date is often lacking on cosmetic products in the European Union, however, since it's required only when the product's shelf life is under 30 months, points out Germany's Federal Office of Consumer Protection and Food Safety.

The shelf life of sun protection products, whether creams or sprays, is at least 30 months from the date of manufacture so long as they are kept in a cool, dry place, according to the German personal care brand Nivea. It advises discarding creams if they have a pungent or unusual odor, have become discoloured or their consistency has changed by becoming runny or grainy.

Breitbart recommends selecting a sunscreen that's fragrance-free and that protects against both UVA and UVB rays.

It does not pay to be sparing in your use of sunscreen, he says, because it's stated SPF can be met only if the sunscreen is applied liberally to the skin. "A rule of thumb is that adolescents need a heaped teaspoonful for their face alone, and adults somewhat more."

There is specially designed sun-protective clothing whose fabric is rated for its level of UV protection. Frequent washing lowers the level, however, according to the magazine report. And people who go bathing should bear in mind that wet fabric is less UV protective.

A common misconception, nonprofit German Cancer Aid (DK) says, is that protection from UV radiation is not necessary on cloudy days. In fact, clouds affect UV radiation in different ways. While thunderclouds greatly weaken it, other types of clouds and cloud combinations can even intensify it due to scattering effects.

Generally speaking, clouds weaken UV radiation intensity by only 10% to 50%, according to DK, pointing out they do not offer reliable protection, particularly at midday.

A suntan is not very protective either, contrary to what many people think. Aside from the fact that it's a stress response by the skin, a suntan provides the equivalent of merely about SPF 4, less than any sunscreen.