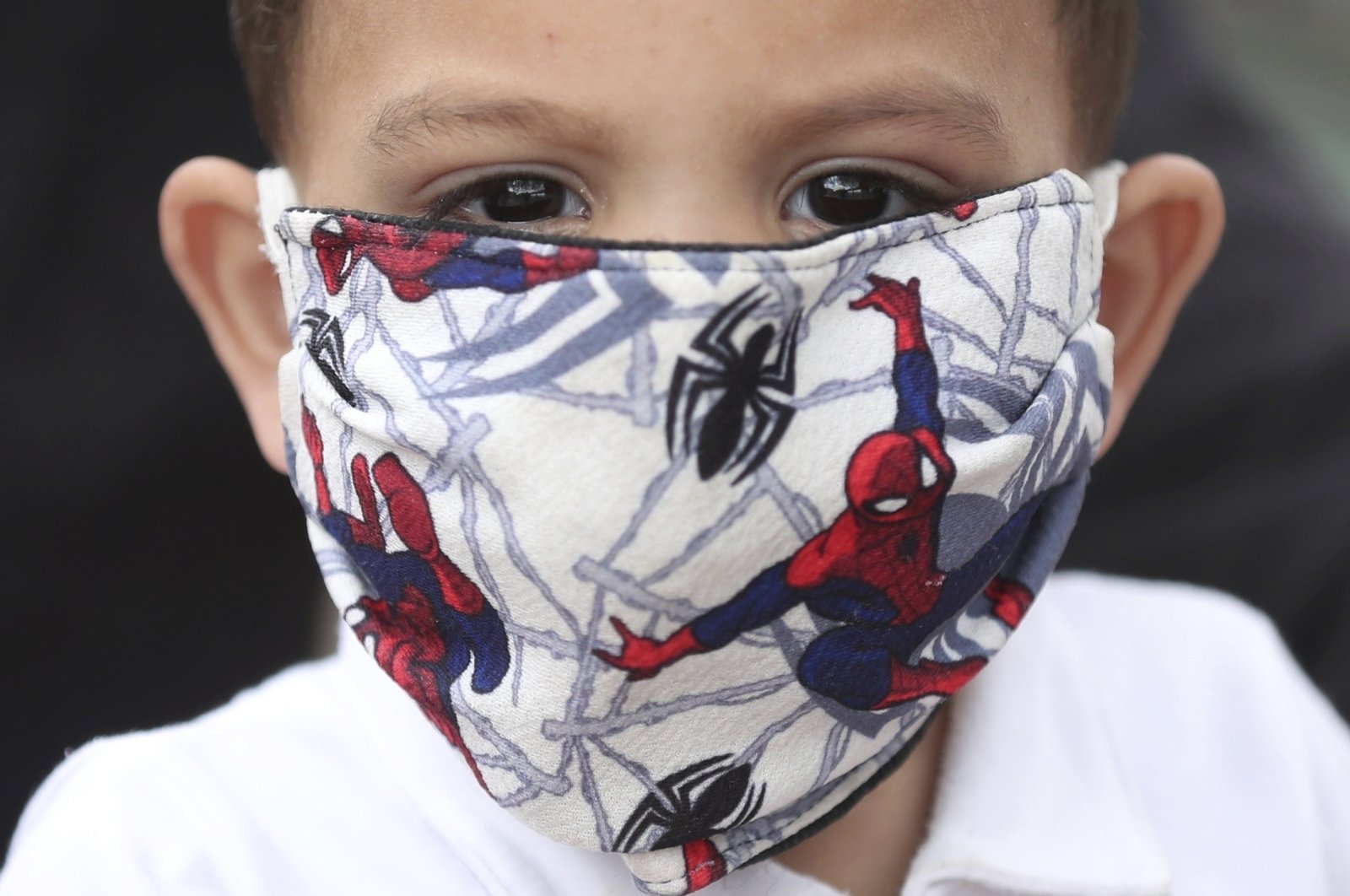 In a vital step forward, vaccine maker Pfizer said Monday that its COVID-19 jab is safe and effective for children between the ages of 5 and 11 as results from studies showed and that it would begin the process for authorization in the United States for the age group soon.

The vaccine made by Pfizer and its German partner BioNTech already is available for anyone 12 and older. But with kids now back in school and the extra-contagious delta variant causing a huge jump in pediatric infections, many parents are anxiously awaiting vaccinations for their younger children.

For elementary school-aged kids, Pfizer tested a much lower dose – a third of the amount that's in each shot given now. Yet after their second dose, children ages 5 to 11 developed coronavirus-fighting antibody levels just as strong as teenagers and young adults, Dr. Bill Gruber, a Pfizer senior vice president, told The Associated Press (AP).

The kid dosage also proved safe, with similar or fewer temporary side effects – such as sore arms, fever or achiness – that teens experience, he said.

"I think we really hit the sweet spot," said Gruber, who's also a pediatrician.

Gruber said the companies aim to apply to the Food and Drug Administration (FDA) by the end of the month for emergency use in this age group, followed shortly afterward with applications to European and British regulators.

Earlier this month, FDA chief Dr. Peter Marks told the AP that once Pfizer turns over its study results, his agency would evaluate the data "hopefully in a matter of weeks" to decide if the shots are safe and effective enough for younger kids.

Many Western countries so far have vaccinated no younger than age 12, awaiting evidence of what's the right dose and that it works safely in smaller tots. But Cuba last week began immunizing children as young as 2 with its homegrown vaccines and Chinese regulators have cleared two of its brands down to age 3.

While kids are at lower risk of severe illness or death than older people, more than 5 million children in the U.S. have tested positive for COVID-19 since the pandemic began and at least 460 have died, according to the American Academy of Pediatrics. Cases in children have risen dramatically as the delta variant swept through the country.

"I feel a great sense of urgency" in making the vaccine available to children under 12, Gruber said. "There's pent-up demand for parents to be able to have their children returned to a normal life."

In New Jersey, 10-year-old Maya Huber asked why she couldn't get vaccinated like her parents and both teen brothers have. Her mother, Dr. Nisha Gandhi, a critical care physician at Englewood Hospital, enrolled Maya in the Pfizer study at Rutgers University.

But the family hasn't eased up on their masking and other virus precautions until they learn if Maya received the real vaccine or a dummy shot.

Once she knows she's protected, Maya's first goal: "a huge sleepover with all my friends."

Maya said it was exciting to be part of the study even though she was "super scared" about getting jabbed. But "after you get it, at least you feel like happy that you did it and relieved that it didn't hurt," she told the AP.

Pfizer said it studied the lower dose in 2,268 kindergartners and elementary school-aged kids.

The FDA required what is called an immune "bridging" study: evidence that the younger children developed antibody levels already proven to be protective in teens and adults. That's what Pfizer reported Monday in a press release, not a scientific publication.

The study still is ongoing, and there haven't yet been enough COVID-19 cases to compare rates between the vaccinated and those given a placebo – something that might offer additional evidence.

The study isn't large enough to detect any extremely rare side effects, such as the heart inflammation that sometimes occurs after the second dose, mostly in young men.

The FDA's Marks said the pediatric studies should be large enough to rule out any higher risk to young children.

Pfizer's Gruber said once the vaccine is authorized for younger children, they'll be carefully monitored for rare risks just like everyone else.

A second U.S. vaccine maker, Moderna, also is studying its shots in elementary school-aged children. Pfizer and Moderna are studying even younger tots as well, down to 6-month-olds.

Results are expected later in the year.