The biggest takeaway from 2020? Learning how to accept the good, the bad and the ugly 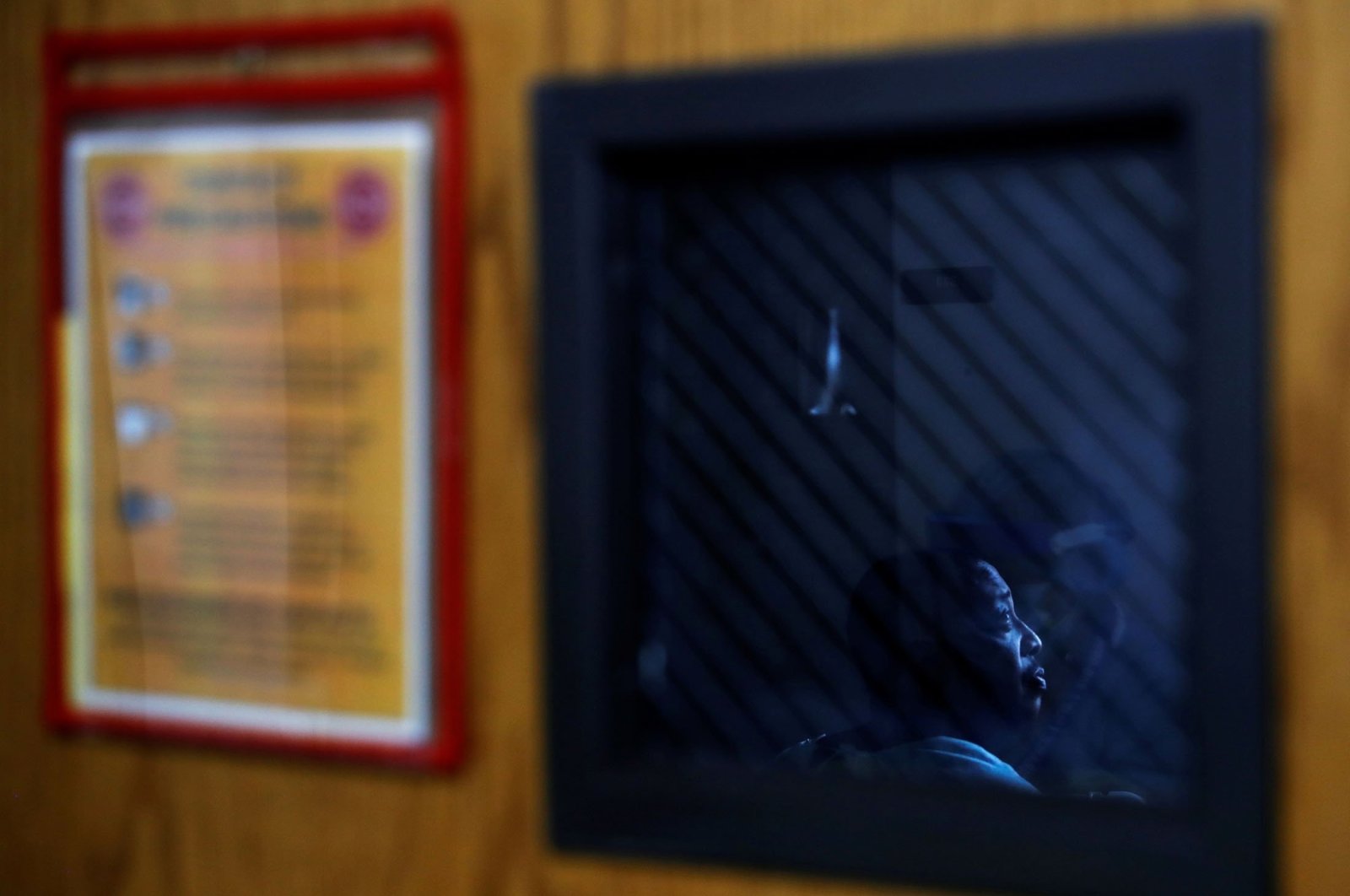 When the season forces conversations to shift to what you are grateful for, it may feel impossible to do so in a year marred by loss but seeing the silver lining has never been more important

2020 has been a true annus horribilis.

Over 20,000 people in Turkey have lost their lives to the coronavirus, which swiftly took hold of the whole globe in a matter of months; thousands of health care workers, teachers and other frontline workers have been overworked to the point of exhaustion, hundreds of people are in dire economic situations from being unable to find work or generate income, and most of us have had to reconfigure our lives or indefinitely put our future plans on hold.

Among all of this death and destruction, we have also had to deal with what felt like eternal lockdowns, caged in places we call home, away from the ones we love. The only hugs and kisses we’ve been allowed have been those sent via letters or text.

Perhaps one of the more annoying and mentally draining parts of this year has been the constant pressure from our peers, our colleagues, bosses, idols or influencers to be productive and not let this “opportunity” and “free time” go to waste. The flurry of inspirational quotes has steadily taken over our social feeds with people sharing highlight reels of all of their achievements. But what if you’ve been worked off your feet, doing double the amount of work in less time or working overtime just to keep up with the demand? What if you suffered indescribable loss and could not muster up the energy to do anything?

“People tend to forget we are living through a global pandemic,” said Gizem Kazancıoğlu, a psychologist based in Istanbul. In fact, forcing yourself to become Pollyanna by only seeing the bright side in everything may do more harm than good, she said.

Why feeling bad is good

Have you ever experienced a breakdown after fighting for so long not to be upset about something? Built-up anger and resentment often push people over the edge, making it harder to reach a stable point of mental state.

Kazancıoğlu says the best advice was given hundreds of years ago by Sufism, or tasawwuf as it is known in the Arabic-speaking world. This form of Islamic mysticism is fundamentally based on introspection. Mevlana Jalaluddin Rumi’s wise words sum up how you should feel about 2020 perfectly:

This being human is a guest house.

Every morning a new arrival.

A joy, a depression, a meanness,

as an unexpected visitor.

Welcome and entertain them all!

Even if they’re a crowd of sorrows,

who violently sweep your house

empty of its furniture,

He may be clearing you out

for some new delight.

The dark thought, the shame, the malice,

meet them at the door laughing,

and invite them in.

Be grateful for whoever comes,

because each has been sent

as a guide from beyond.

It may seem counterintuitive to embrace all the emotions that are a part of the human experience, especially those we have labeled as "negative" such as anger, frustration and fear. Society has ingrained in many of us to avoid and ignore these emotions, but psychology says they should be experienced as well. However, this does not mean that you should completely resign to these negative emotions and live in a constant state of stress. You should accept their existence, and manage them without denying them.

You can start by not labeling emotions as "good" or "bad" and more of states that motivate you to experience more or less of a situation.

"Establish why you are feeling that very specific emotion, decipher the message these negative emotions are sending you and then release them," Kazancıoğlu said. For example, anxiety is a signal that something needs to be changed so that we no longer feel under threat while resentment indicates that something needs to change in a relationship.

"Even if you have negative emotions and thoughts, especially about the pandemic, it’s important to share this with someone else and talk it through. Keeping things bottled up is never good," she added.

"Prolonged periods of isolation, not socializing and a lack of physical touch have directly impacted our physical health, showing up as sore throats, constant fatigue and blocked noses," Kazancıoğlu said. These pseudo-symptoms were experienced by many people across the world but have diminished over time.

"With the second and third waves, after having confronted the great unknown for the first time, our fear levels have dropped considerably. This drop could be attributed to that."

But while our bodies faked illness, so did we try to trick our brains into thinking positive all the time, consciously or unconsciously. This is problematic in many ways as the forced positivity, no matter how well-intentioned, evokes feelings similar to being gaslit, making you question your own memory and perception.

"Don't condition yourself not to speak badly or negatively about the experiences you’ve had during the pandemic. Say it as it is and then let go. Trying to repress such negative emotions and feelings will only backfire. Acceptance is key, embrace all that you feel," Kazancıoğlu said.

“You are not alone in (feeling like) this, a lot of people are going through the same things as you,” Kazancıoğlu said. This was especially true during nationwide lockdowns. Moreover, emotions such as fear and anxiety have even manifested as the seeds of more serious obsessions and compulsive behavior, such as excessive handwashing.

Good or bad, positive or negative, you need to accept the reality and then practice gratitude.

"And also, don’t feel like you have to be or should be doing something," she stressed. The times we are going through are not a productivity race, and you are not a failure for not pushing out products, creating art or learning a new skill.

Being grateful when you've lost

When you have suffered with your own health or lost your job, being grateful seems unfair and impossible. But looking back on and appreciating all the good times could help you cope.

"Your age, the culture you were born into or currently a part of, your socioeconomic conditions are all determinants of your emotional reactions to a situation. This will also dictate the degree of gratitude you feel," Kazancıoğlu said.

"Being grateful is a great practice as it stimulates the reward center of the brain. You can also try to practice mindfulness, exercise and keep your body active to regulate your emotions." It may seem trivial to most, but it is immensely helpful.

Another unexpected benefit of being grateful and appreciative of the things we have has been a sense of collective spirit and shared emotions.

"We've witnessed more togetherness even though we are far apart. Being grateful is a practice that binds us together as a society," she said, adding that counting our blessings, no matter how small, is a good way to get the brain to see things it often takes for granted.

That brings us to a difficult topic: the death of a loved one.

"At that point, therapy becomes really important, especially accessible online therapy. Even if you don't have the financial means to go to a private therapist, there are many associations such as EMDR Turkey that offer free support. Keeping active, being in nature is a good way to keep stress levels down, but the most important is to allow yourself to go through this period of grievance," she said.

There are also municipal and governmental helplines such as the Istanbul Metropolitan Municipality's (IBB) psychological counseling line for the pandemic, which can be reached at 0 (212) 449 49 00.

Some people have chosen to wholeheartedly ignore the threat and lessen it, and you may have such people in your close social circle or family. Although this can be caused by willful ignorance, most often it is a defense mechanism, Kazancıoğlu explained.

"This is actually a coping mechanism (i.e. avoidance coping) and essentially one of survival. Such people will deny the existence of this very real threat and choose to carry on with their lives as if nothing has happened. Because if they do happen to come to terms with reality, they will suffer psychological ruin. They do this to survive, mentally."

However, the psychologist cautions against resorting to this way of thinking to avoid feeling stressed.

"If we drift too apart from reality it is easy to forget about the real people that are dying, how people are losing their livelihoods. This will endanger others' lives. You need to talk about the negative sides of this whole process too. Do not avoid this."

Kazancıoğlu said it is easy to draw many parallels between stages of grief and what we have felt as the human race during this pandemic.

"At first, it’s hard to face the facts. You do not want to believe that the person you love (or the life you had) is gone, so you deny it. You feel fear, anger and resentment. But eventually, you come to terms with it."

The key to getting over a pandemic is not to look for positives constantly but to see bits of good and hope in light of everything that has gone wrong.