The hushed-up dark side of living abroad: Expat depression 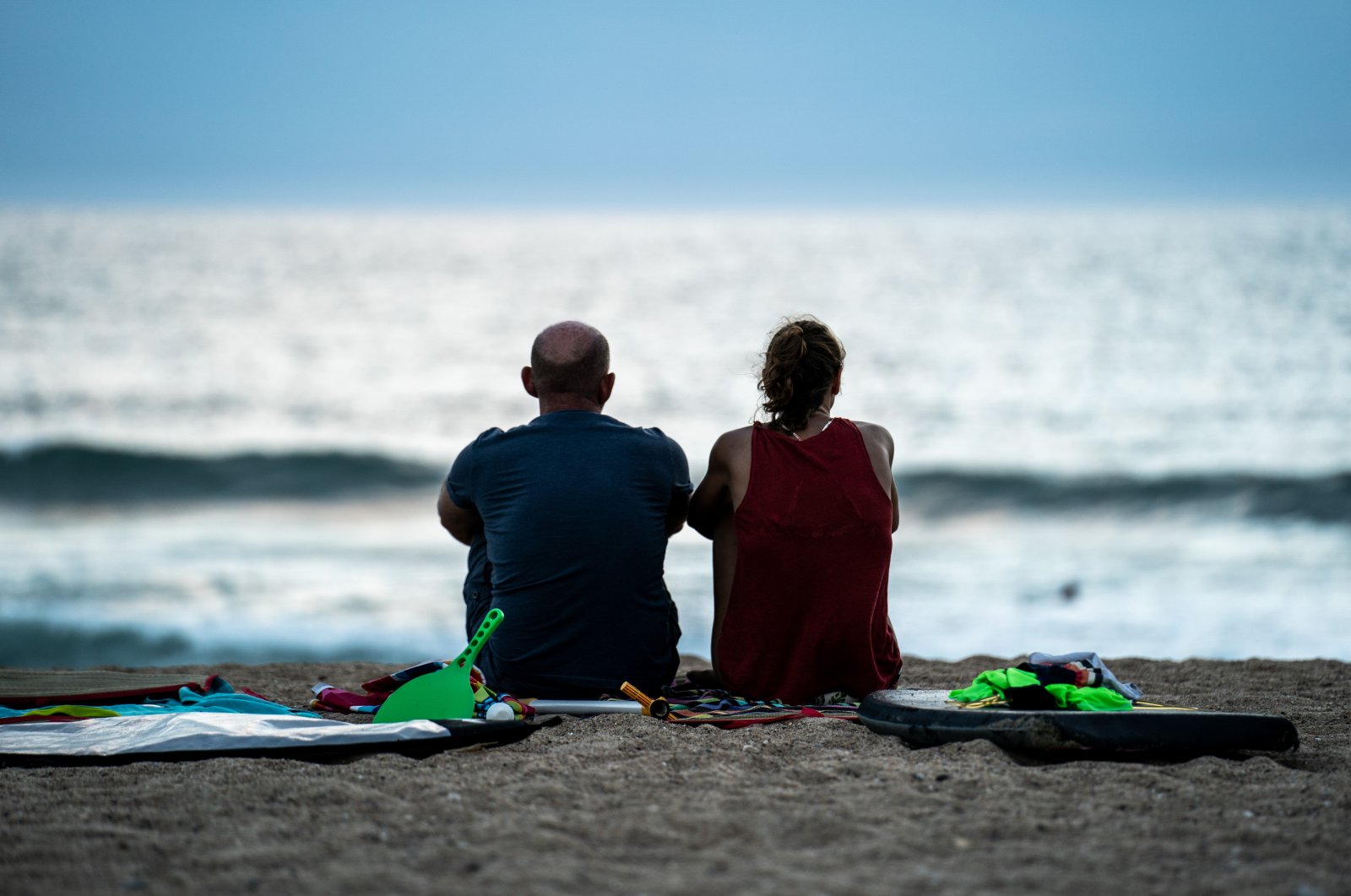 A man and a woman look at the sea surrounded by their children's beach stuff at the Savane beach, Capbreton, France, Aug. 20, 2020. (Reuters Photo)
by Gabriela Akpaça Oct 20, 2020 12:20 pm
Edited By Yasemin Nicola Sakay

So you’ve made the brave move to a new country and settled into a job. Why does it feel like your self-confidence and motivation have evaporated? The expat blues are more common than you might think

I first stumbled upon this term while googling what might be wrong with me after months of feeling my self-confidence, optimism and energy had deserted me following a move to Istanbul. Day by day, I was withdrawing physically and emotionally from the vibrant country I had chosen as a home.

The descriptions of expat depression listed online were ambiguous and varied, but the general sentiment seemed to fit: “feelings of severe and sustained despondency and dejection experienced while living abroad,” as travel blogger Derek Hartman wrote.

I hadn’t heard expats talk about this darker side of moving abroad, but my research told me that depression and anxiety are an epidemic among those living and working in a foreign country.

“A part of me thought that the depression was a phase and there was no need to alarm people about something that is temporary. Another part of me did not want to admit failure in my decision to come here,” one expat told me about her reasons for not talking about her depression with friends and family.

For others, depression sneaks upon them as just one more aspect in a tidal wave of changes and fluctuating emotions in a new country. One expat I spoke to said she did not realize she was dealing with depression for at least six months.

“I just didn’t understand why my body was reacting the way it was, why I was so tired and overcome, and why I lacked the energy and motivation I once had,” she said.

Expats I talked to described their symptoms as “emotional fragility, loss in interest in things that would excite me before, hopeless about the future and having difficulty socializing.”

“I noticed I was far more irritable than usual, and my patience levels were significantly lower than my usual. I often felt nauseous and didn’t have much of an appetite. I felt a kind of exhaustion that wasn’t remedied by sleep,” one person said.

A common symptom I came across in my research was a downturn in self-confidence. One expat said her depression “made me have doubts about my ability to adapt.”

Another described experiencing “imposter syndrome” during her time abroad. “I lacked the self-confidence I had once had. I often second-guessed myself, felt as though I was not equipped to do my job and even felt ‘outside’ myself in that I would doubt it was even possible for me to have made it this far doing the job I was doing,” she said.

Why do expats experience depression or anxiety?

Moving abroad requires tremendous energy, optimism, self-confidence and independence, which may be why those with the gumption to make an international move initially respond by trying to sweep the symptoms of depression or anxiety under the rug.

While moving to another country is one of the most adventurous life decisions you can make, it comes with a long list of stressors. In addition to cultural changes and language barriers, expats are often required to rely extensively on locals to help them navigate the simplest of tasks – from buying medicine at the pharmacy to signing a lease – something that over time can damage one’s sense of competency.

Identity losses and changes can also create immense internal turmoil. One expat told me that on top of navigating the cultural collision, it is “undergoing the process of unveiling who you are as a person within that new context that sometimes causes upheaval.”

External challenges can also pile up quickly, compounding the situation – from dissatisfaction at work or the lack of career opportunities to political or societal turmoil in the new country.

To make matters worse, moves abroad pluck expats out of their support system and carry them far from their family.

A study by Dr. Mitesh Patel – the medical director of U.S. health care company Aetna – conducted between 2014-2016 on 5,000 expats found that the loss of a support network was cited as a top stressor for 42.8% of the expats surveyed. “As our clinical experts have provided support to our members, they have found that the absence of the friend and family network compounds stress and anxiety suffered by expatriates on foreign soil,” the study said.

So how prevalent is the experience of depression or anxiety after moving abroad?

Though research on the topic is unfortunately scarce, a frequently cited study found that 50% of expats were at high risk of developing anxiety and depression.

The 2011 U.S.-based study – led by Dr. Sean Truman of Truman Group, a firm that provides mental health consultation to expats – surveyed 950 expatriates residing and working in countries across the globe for at least six months.

American expats were 2.5 times more likely to develop internalizing behaviors and substance abuse than Americans who did not move abroad, the research found.

“Taken together, these findings suggest that the experience of living overseas is a difficult and demanding one and that if things begin to degrade for individuals emotionally, a cascade of problems can be expected to accompany the emotional shift,” it added.

Are there ways to get out of the ditch of expat depression without throwing in the towel and moving back home?

In many ways, the treatment plan prescribed for expats follows the same playbook as for those diagnosed with depression or anxiety in their home countries. Getting the right amount of sleep (seven to nine hours), exercising, maintaining social connections and moderating alcohol intake form the foundation of mental health, according to clinical psychologists such as Truman.

Expats who have experienced depression abroad told me they were helped by going to the gym, taking spontaneous trips with friends, watching stand-up comedy or sitcoms to make them laugh, making plans for the future, building personal connections in their new location and sharing their feelings with a spouse or close friends.

For others, however, these approaches may not be sufficient to restore mental well-being – especially if the person has thoughts of suicide or self-harm. The advice of a professional counselor is almost always beneficial, regardless of the severity of one’s symptoms.

One thing that often deters expats from seeking professional help is a lack of access to mental health care while abroad. However, as the world turns more and more to remote forms of communication, alternative solutions to in-person counseling are becoming increasingly available, particularly therapy tailored to expats. Some international health insurance plans even cover mental health treatment. The expat network in your new city may also come in handy for helping find a counselor and may even be able to recommend therapists offering free or discounted care.

Dealing with your depression or anxiety while abroad may require more emotional honesty and reliance on those around you than you would normally be comfortable with. However, your decision to do so may be the determining factor in whether you thrive, wither or burn out as an expat. The sooner you identify and take steps to address what is weighing you down, the sooner you can get on with the adventure of living abroad.