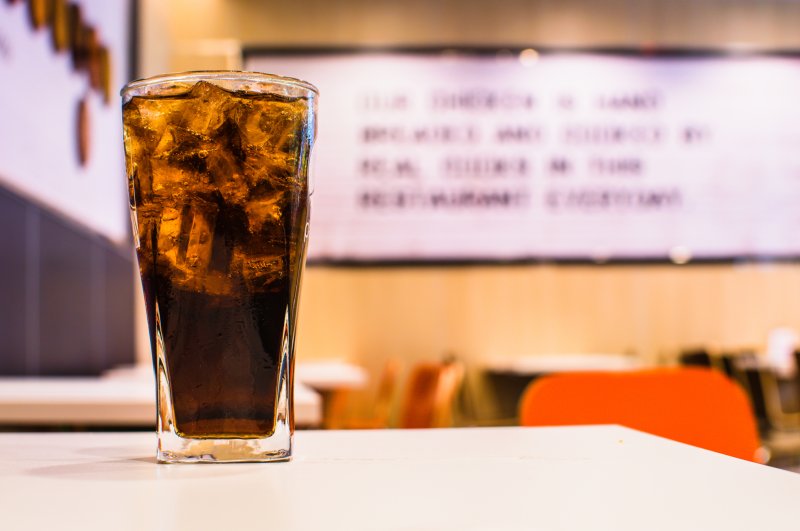 The 35-year-old İsmail Otlu confesses to being addicted to cola. He has been drinking the soft drink since he was 10 years old and claims he doesn't eat or drink anything else besides cola.

“I don’t know what is going to happen to me tomorrow,” he said, “but because of my addiction I can’t give it up.”

Otlu lives in southern Osmaniye province and manages a small bakery. According to him, for the past 25 years, he has drunk 5 liters of coke every day.

At first, he used to drink 1 to 2 liters per day. After some time, his consumption of the drink reached 5 liters per day. He said that the first thing he does after waking up is to drink cola.

He sticks to only one brand of cola.

“I can’t drink another brand of cola. When I do, I start having problems with my stomach immediately. I can’t drink water. Also, I can’t even eat food. I just eat börek or simit in the evening,” he said. "It is even worse than a smoking addiction.”

Otlu admits that he offers cola to everyone who visits his bakery.

“He always calls me to drink cola. I also started getting addicted to it. I drink 1 liter per day,” says Otlu’s friend Tamer Onu who sells mobile devices close to Otlu’s bakery.

Dozens of studies conducted during the past few years claim that sugary drinks are a significant contributor to many health conditions, including obesity, Type 2 diabetes and tooth decay.

A single can of soda contains approximately 38-40 grams of added sugar, which equates to almost 10 teaspoons.

According to research by health writer Wade Meredith, that amount of sugar in a drink is supposed to make you vomit the moment you drink it, but phosphoric acid "cuts the flavor," helping you keep the liquid down.

The World Health Organization (WHO) recommends consuming no more than 6 teaspoons of added sugar daily in a bid to stay healthy. However, by drinking just one serving of a soft drink a day, a person will easily exceed this amount.

According to a study published on the U.S. National Library of Medicine website in 2015, about 184,000 people die each year due to the consumption of sugary drinks.