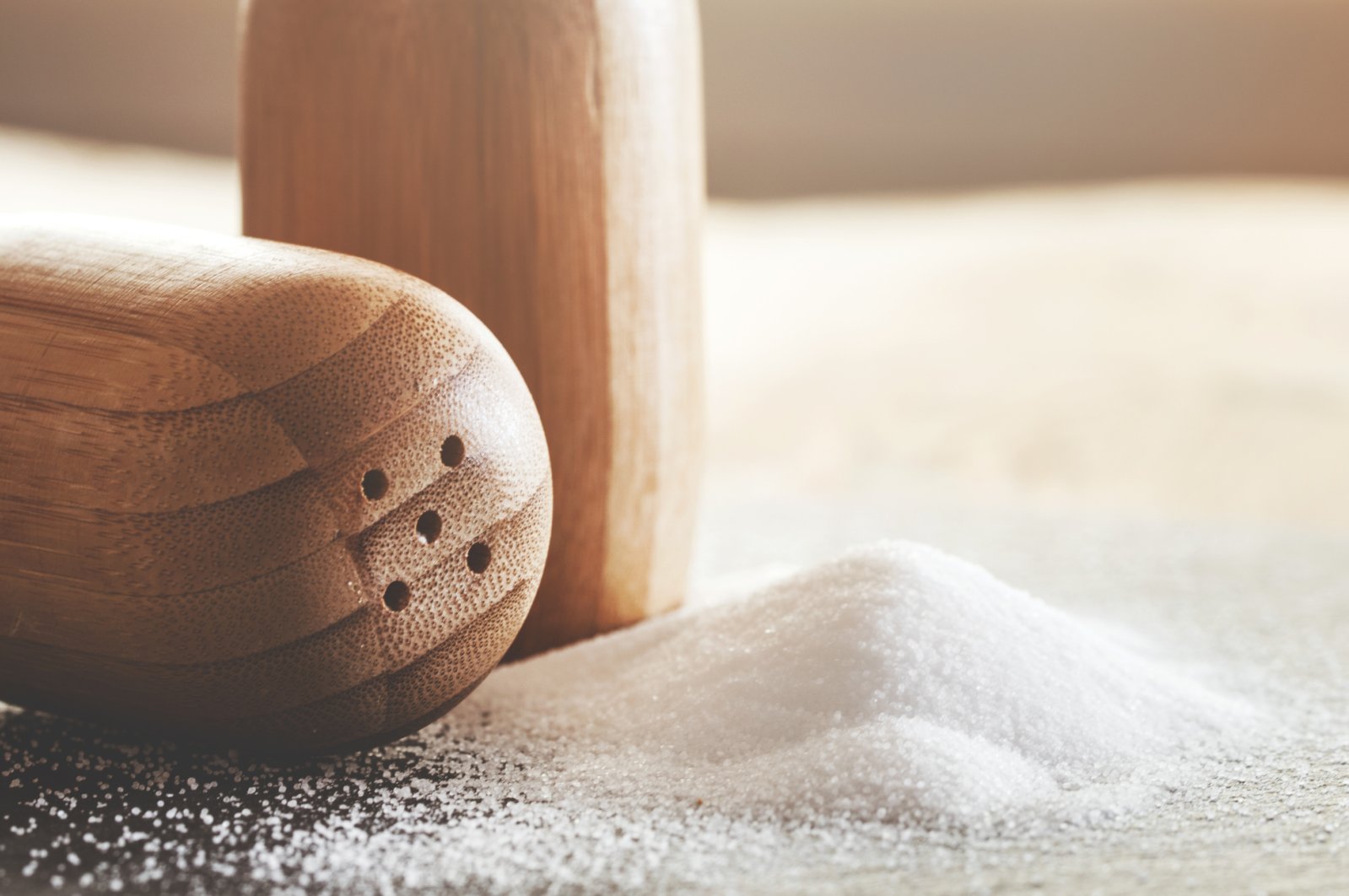 Science has shown that too much salt can bring about high blood pressure or hypertension. (iStock Photo)
by DAILY SABAH Mar 15, 2020 11:59 am
RECOMMENDED

Turkish people consume on average about 15 grams of salt daily which is three times more than the World Health Organization's (WHO) recommendation of less than 5 grams, officials said.

Excessive salt consumption has been found to increase blood pressure and cause an increased risk of stroke, heart attack and heart disease. Experts warn it might lead to various other diseases as well.

The Kırıkkale Provincial Health Directorate released a statement last week on the occasion of World Salt Awareness Week on March 9-15, saying, "WHO recommends that adults consume less than 5 grams of salt per day to prevent hypertension, heart diseases, kidney diseases, obesity, diabetes, some types of cancer and to not adversely affect the bones.”

The directorate recommended five steps for people to reduce their salt consumption.

Use less salt while cooking and after some time you will get used to the not-so-salty taste. To give flavor to your meals use seasoning and various spices like dill, parsley, lemon and garlic.

Keep salt shakers and salty sauces off the table to prevent temptation and stop children from developing the habit.

When you buy readymade foods read the label and make sure they contain only small amounts of salt.

Before consuming food such as pickles, canned foods, olives and cheese wash them under running water.

Turkey ranks first in the world for salt-related causes of death. Salt is one of the main reasons for deaths in Turkey. Excessive salt consumption is an alterable unhealthy dietary practice and the reason behind many chronic illnesses.

WHO member states have agreed to reduce the global population’s intake of salt by a relative 30% by 2025.

"Reducing salt intake has been identified as one of the most cost-effective measures countries can take to improve population health outcomes," the organization said. Around 2.5 million deaths, it added, could be prevented each year if global salt consumption was reduced to the recommended level.