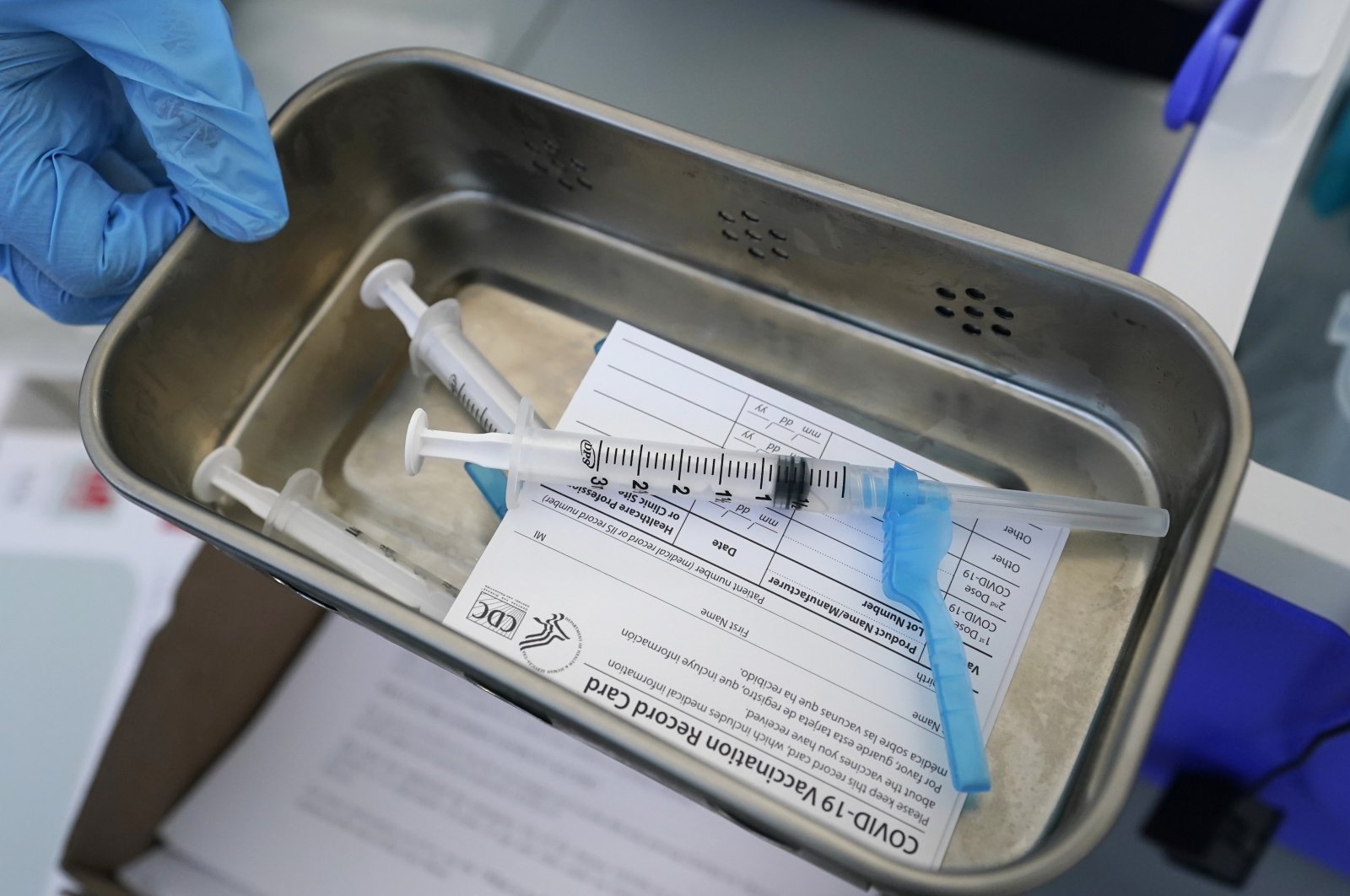 United States health advisers endorsed a booster of Johnson & Johnson’s COVID-19 vaccine Friday, citing growing worry that Americans who got the single-dose shot aren’t as protected as those given two-dose brands.

Advisers to the Food and Drug Administration (FDA) weighed J&J’s proposal for a flexible booster schedule. The company said the extra dose adds important protection as early as two months after initial vaccination – but that it might work better if people wait until six months later.

The FDA’s advisory panel voted unanimously that a booster should be offered without setting a firm time. The advisers cited growing evidence that J&J recipients are more vulnerable to infection than people who got vaccines from competitors Pfizer or Moderna – and that most got their single dose many months ago.

Although Friday’s meeting is part of an ongoing evaluation of vaccine boosters, many of the experts said it makes more sense to think of J&J's vaccine as a two-dose vaccine.

“I think this frankly was always a two-dose vaccine,” said FDA adviser Dr. Paul Offit of Children’s Hospital of Philadelphia. “It would be hard to recommend this as a single-dose vaccine at this point.”

The government says all three U.S. vaccines continue to offer strong protection against hospitalization and death from COVID-19, and that the priority is getting first shots to the 66 million eligible but unvaccinated Americans who are most at risk. But J&J's vaccine has consistently shown lower effectiveness across a series of studies, while “breakthrough” infections become a bigger concern due to the extra-contagious delta variant of the coronavirus.

"This is really – with the second dose – bringing it I think on par with those other vaccines in terms of effectiveness,” said Dr. Archana Chatterjee of Rosalind Franklin University.

The FDA isn’t bound by the vote but its ultimate decision could help expand the nation’s booster campaign.

Booster doses of Pfizer’s vaccine began last month for people at high risk of COVID-19 at least six months after their last shot, and the FDA advisory panel has recommended the same approach for Moderna recipients. In contrast, the panel Friday backed boosters for anyone who received the J&J vaccine, which is authorized for people 18 and older.

The FDA will use its advisers’ recommendations to decide whether to authorize boosters for both J&J and Moderna, after which another government agency will rule on who should roll up their sleeves.

Adding another twist, the experts also discussed preliminary data from a government “mix-and-match” study that suggested J&J recipients may have a far stronger immune response if they get either a Moderna or Pfizer booster rather than a second J&J dose.

J&J’s single-shot vaccine is made with a different technology than the two-shot Pfizer-BioNTech and Moderna vaccines.

The vast majority of the 188 million Americans who are fully vaccinated against COVID-19 have received the Pfizer-BioNTech or Moderna options, while J&J recipients account for only about 15 million.

On Friday, J&J executives pitched a booster as a way to strengthen a robust vaccine that they said has retained its protective power over eight months. But FDA scientists pointedly challenged that assertion.

“There are data that suggest the effectiveness of this vaccine is actually less robust than the company’s presentation here," said Dr. Peter Marks, FDA's top vaccines official. “And that is a finding of concern particularly because that’s been seen in minority communities potentially and others.”

J&J presented results from a large study that found giving a second dose just two months after the first bumped protection against symptomatic COVID-19 to 94% from 70% in U.S. recipients. Giving that booster six months later instead prompted an even bigger jump in virus-fighting antibodies.

But in their own review, FDA scientists flagged a number of shortcomings with J&J's booster studies, including only a tiny portion of cases involving the delta variant, by far the dominant strain in the U.S. Reviewers also warned that J&J had only followed booster recipients for a little more than a month after a second dose, making it hard to draw conclusions about the durability of protection. Finally, FDA staff emphasized that they had not had time to independently confirm J&J's findings, which were submitted shortly before the meeting.

FDA's reviewers found no new safety concerns after a second J&J dose, but again, they cautioned about the small number of patients studied and short follow-up period.

The J&J vaccine was highly anticipated for its one-and-done formulation. But its rollout earlier this year was hurt by a series of troubles including manufacturing problems and some rare but serious side effects including a blood clot disorder and a neurological reaction called Guillain-Barre syndrome. In both cases, regulators decided the shot’s benefits outweighed those risks.