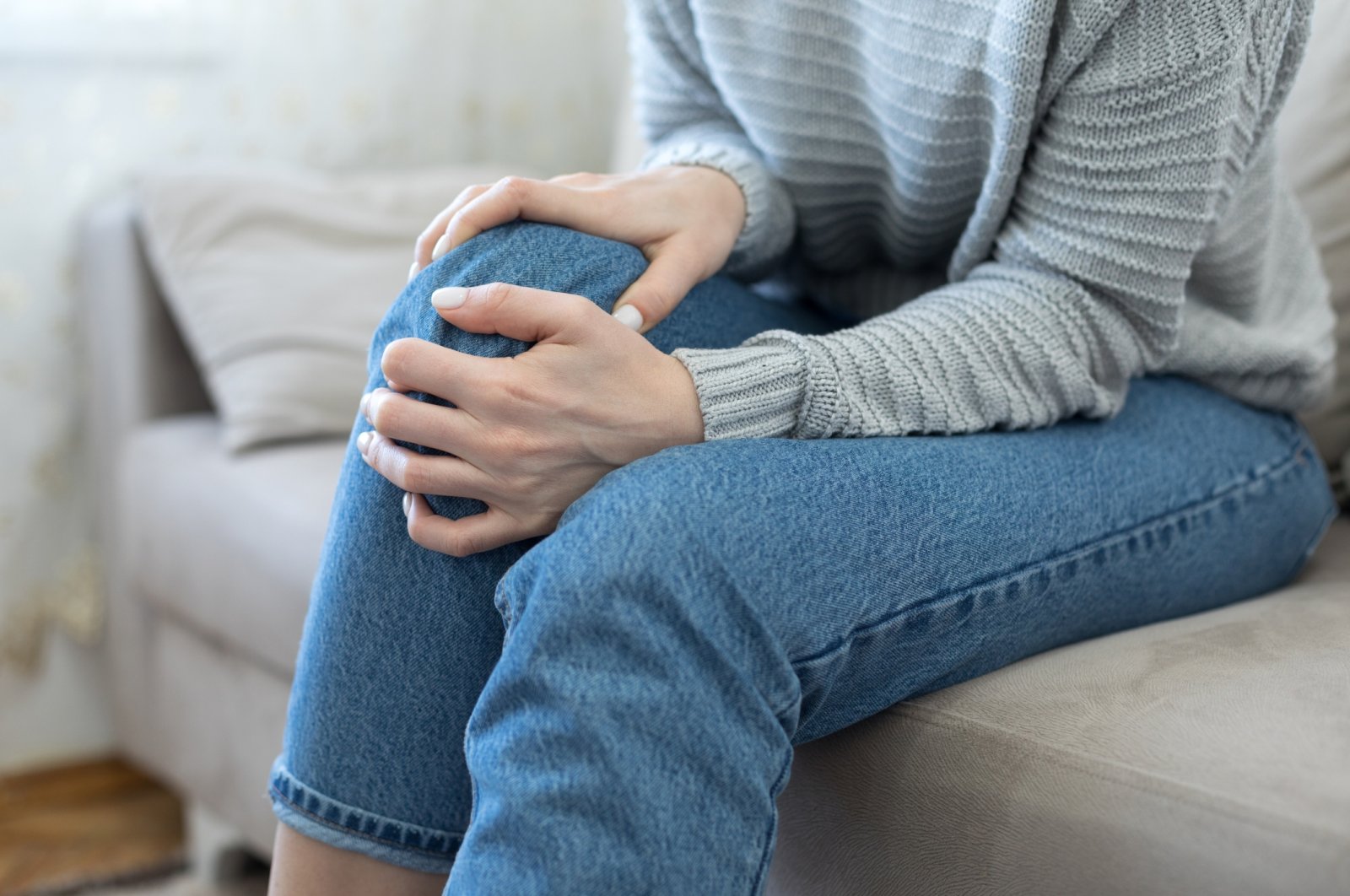 Knee pain, tenderness or stiffness in joints in the hands, hips, feet or spine can be signs of arthritis. (iStock Photo)
by Yasemin Nicola Sakay Oct 12, 2020 4:05 pm
RECOMMENDED

It’s hard to believe that it has been over half a year since I had actual human contact in a public setting, bar a few one-on-one contacts with my nurse, family or the odd friend from 6 feet (2 meters) away, out in the open.

In the first days of the pandemic, when authorities were listing all the vulnerable groups, they uttered these words: those with underlying diseases, the elderly and those on immunosuppressive medication must enter self-isolation. So did the diabetics, cancer survivors, those with lung and heart disease and me – the 25-year-old young adult, looking healthy in every conceivable way from the outside, yet battling an invisible illness that few have even heard of.

Arthritis is the name of my burden, an incurable disease that over an estimated 350 million people around the world suffer from. Just in Turkey, recent data shows, one in every 200 people is diagnosed with rheumatoid arthritis, one of the 100 subtypes of the illness, though considering the latent diagnoses and misdiagnoses, the real number is expected to be much higher.

So what is arthritis?

Arthritis can be best characterized as chronic aching in your body and more specifically your joints, the pain gnawing away at your bones and inevitably your soul, as the swelling of your joints stifles your movements and crushes your hopes.

It is an inflammatory condition and autoimmune disorder where your own body practically turns on itself and starts attacking the synovial membranes lining your joints that help you move with ease. Essentially, it is your immune system attacking healthy tissue that it has mistakenly identified as a threat.

If not treated early or in time, it can result in deformities in the joints, cause permanent damage to the bones and other organs, and lead to disability. The most common joints affected are those in the hands, feet, knees and spine.

Tenderness in joints and heat or swelling around the area, weakness, muscle wasting, fatigue and mental fog are common symptoms.

Although the disease can be attributed to human leukocyte antigen (HLA) genes, especially HLA-DRB1, doctors also suspect a serious infection, or prolonged or sudden stress to be behind some cases. The real and definite trigger remains unknown.

As with all invisible illnesses, people have many misconceptions about it. Here are the four most common I have personally encountered, on the occasion of World Arthritis Day.

It's an old person's disease.

The No. 1 most common misconception that people have, one I also shared in an embarrassing and ironic twist, is that arthritis is a condition reserved for the elderly. You would be shocked at the number of young people battling this disease in the halls of rheumatology and physiotherapy wards. If only people knew I wasn't joking when I said I felt like an 80-year-old grandma in the body of a 20-something woman.

Statistics show that a majority of cases are diagnosed between the ages of 20 and 50, and women are three times more likely to suffer from it.

It's just some pain and stiffness.

Trivialized as "a bit of pain" and sometimes wrongly compared to daily headaches or the odd knee pain some people have, arthritis is often downplayed, though it is a serious, lifelong illness that sometimes robs you of the ability to do the simplest of things, like opening a jar, walking or hugging.

Many patients, including myself, simply describe it as having a baseline of pain every day, until you eventually forget what it's even like to live a day without pain.

The chronic inflammation in the body may also stop sufferers from moving their joints, which causes the attached muscles to weaken day by day. (Hence, it is important to move everyday, even if just for half an hour, and that's experience talking.)

Popping your knuckles will cause arthritis.

If this myth were true, my granddad who lived to the ripe age of 94 would have not been able to move at all in his final years because of the swelling and pain, but he walked over 10 miles a day until he was around 90. I, on the other hand, never popped my knuckles a day in my life, and look where I am.

Cracking your joints or popping your knuckles is not harmful, and at most, it is irritating to others. Several studies have confirmed that the activity is neither harmful nor beneficial, and if the cracking is accompanied by pain, you may be suffering from abnormalities such as injured ligaments or loose cartilage.

But you don't look sick.

Hearing this from friends or family is an all-too-familiar occurrence.

As many people with disease have no visible deformities and aren't in crutches or a wheelchair, the presence of the disease is most often invisible to the naked eye.

After all, on a good day, you’ll witness me doing headstands and cartwheeling like there’s no tomorrow, but on a bad day, you’ll wonder if I’m putting on a grand theatrical performance when I can’t even get out of my bed or button up my jacket. However, as the disease progresses or with old age, its effects do start to become more apparent.

The beauty (!) of this disease is also in its unpredictability. You never know when you'll have a flare-up or how long it will last, though modern medicine can help in keeping symptoms under control and preventing further damage.