Wildlife contains many coronaviruses that could potentially emerge in humans 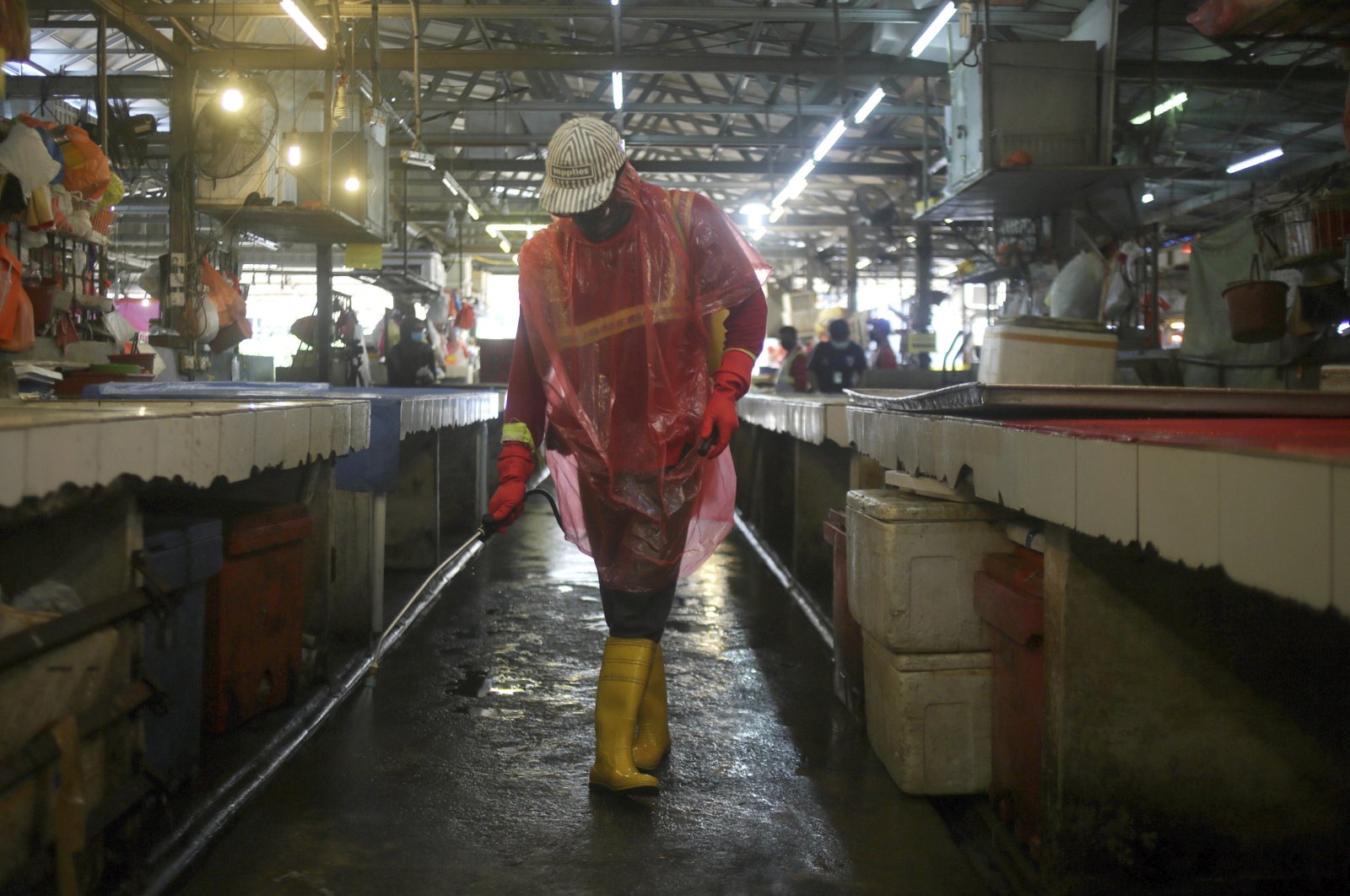 A worker sprays disinfectant at a wet market closed during the restricted movement order due to the outbreak of the coronavirus disease outside of Kuala Lumpur, Malaysia, on Wednesday, March 25, 2020. (AP Photo)
by DAILY SABAH Mar 27, 2020 10:54 pm
RECOMMENDED

More coronaviruses could potentially emerge in humans in the future, a leading professor said.

“It is clear that wildlife contains many coronaviruses that could potentially emerge in humans in the future. A crucial lesson from this pandemic to help prevent the next one is that humans must reduce their exposure to wildlife," Professor Edward Holmes was quoted as saying in a statement published by the University of Sydney Friday.

Holmes, an evolutionary virologist, has been working closely with scientists in China and around the world to unlock the genetic code of the novel coronavirus, which causes the COVID-19 disease, to understand its origins and assist in the race other scientists are engaged in to find an effective vaccine, the university said.

Holmes said banning "wet markets" and the trade in wildlife could be a preventative measure against the emergence of more coronaviruses.

"Coronaviruses clearly have the capacity to jump species boundaries and adapt to new hosts, making it straightforward to predict that more will emerge in the future," the scientist said in a paper recently published the scientific journal Cell.

Several scientists, including Holmes, proposed surveillance of animal coronaviruses in a variety of mammalian species, increasing action against the illegal wildlife trade of exotic animals and removal of mammalian and perhaps avian wildlife from wet markets as potential measures to prevent new coronavirus outbreaks.

In another paper co-authored by Holmes and published in the Natural Medicine Journal, scientists also dispelled a popular notion that the novel coronavirus, known as SARS-CoV-2, was a manufactured biological agent.

“There is simply no evidence that SARS-CoV-2 – the cause of COVID-19 – came out of a lab. In reality, this is the sort of natural disease emergence event that researchers in the field like myself have been warning about for many years,” Holmes said.