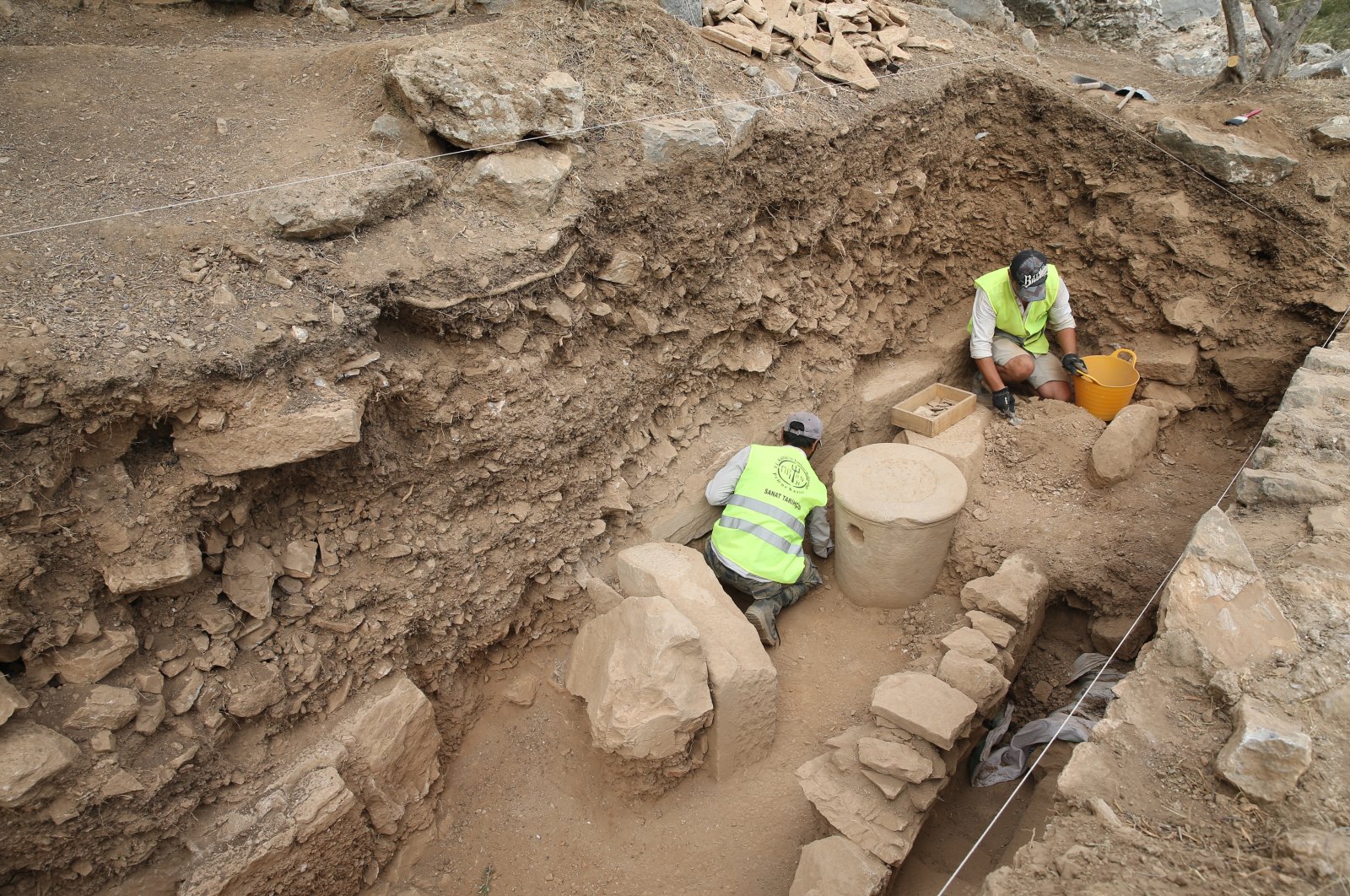 A historic 1,600-year-old church was unearthed during excavations in the ancient city of Priene located in Turkey's Aegean Aydın province.

Ali Altın, an academic at Bursa Uludağ University, told Anadolu Agency (AA) that the church was probably the oldest in the region, and unlike the other churches and temples discovered before, it was built for mass worship by the first Christian communities in the area.

"We found out that the ground of the church consists of small-sized stones brought together, which were covered with mosaic adorned with geometric motifs," Altın said and noted that the inner walls of the building were covered with paintings lengthwise.

"These wall paintings consist of several different layers, which tells us that the church was used starting from the first phases of early Christianity period up until late periods of the Byzantine era," he added.

Situated in an area used as a cemetery, the rectangular-shaped church also known as the "Pompeii of Anatolia" is of great importance as it was built by the first Christian community in the Priene, studies reveal.

Excavations in the ancient city were launched by German archeologists in 1895, and various structures ranging from temples, theaters, an agora, public buildings and shops to educational buildings have been discovered since then.

Priene, known as a region where science and arts flourished, was also home to famous Greek philosopher Bias of Priene, one of Greece's Seven Sages, Altın said.

Priene is included in the UNESCO Tentative List. The ancient city attracts attention with the Temple of Athena Polias (Priene), the Temple of Demeter, the Sanctuary of Egyptian Gods, a Byzantine church, a council house and a theater.

The most important remnants in the city belong to the Hellenistic period though there are also structures from the Roman and Byzantine periods. Priene was one of the most modern urban design examples of its time.