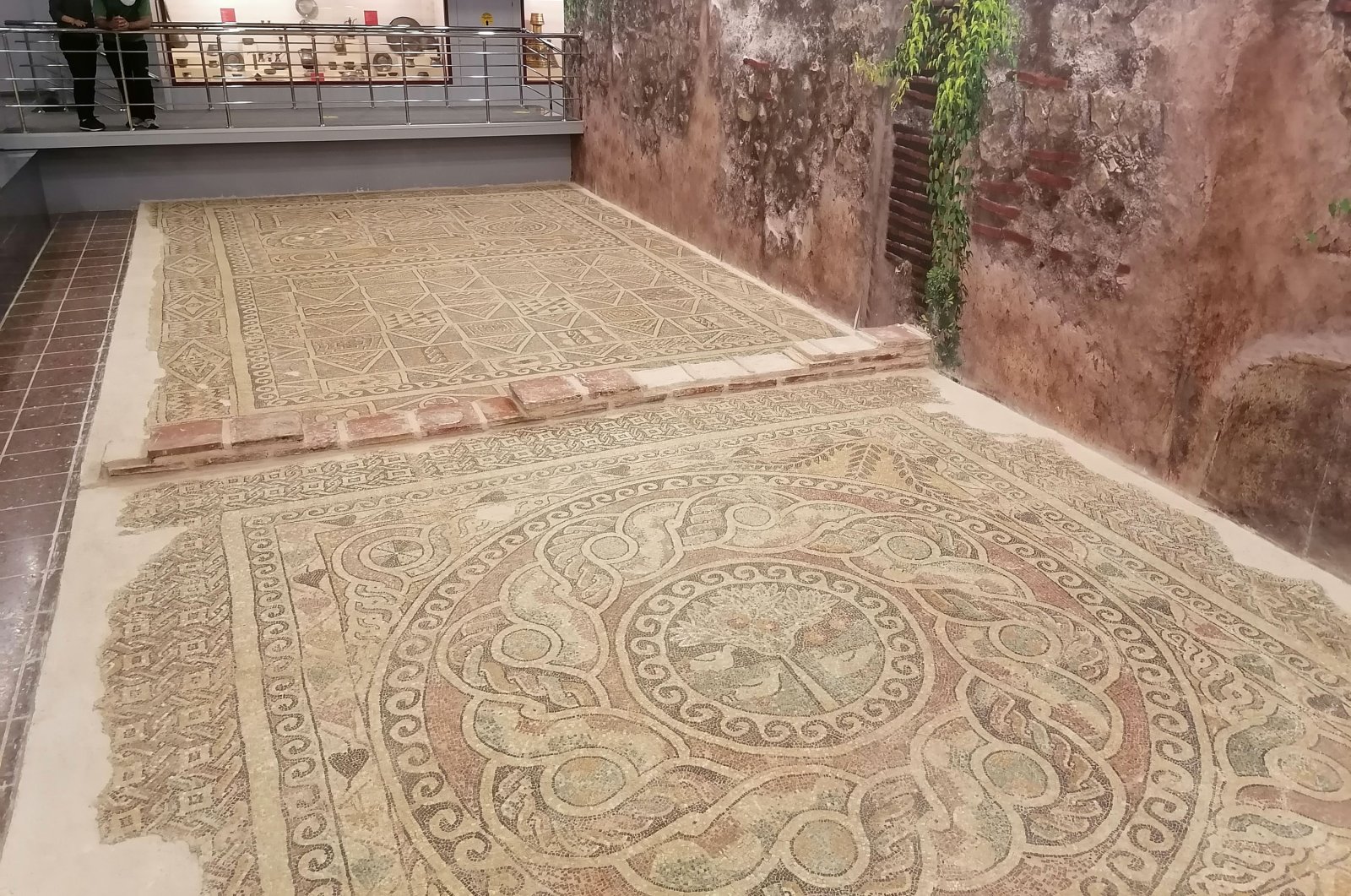 A 1,800-year-old mosaic depicting an apple tree at the center is welcoming visitors seven years after it was unearthed in the Black Sea province of Amasya.

In July 2013, officials in the village of Yavru carried out a salvaging mission at a site where an illegal archaeological dig had been attempted. It was here that a 24-square-meter (258-square-feet) mosaic belonging to the floor of a chapel was discovered.

The mosaic depicts apples, an apple tree, partridges and a plethora of geometric figures. It has since been brought to Amasya Archeology Museum following the successful completion of the renovation work. The historical artifact has been a draw for visitors to the city, which is known for its tasty apples, exported to many locations.

Turkey is a treasure trove of ancient mosaics that once adorned the walls and floors of palaces and houses of nobles of ancient civilizations. Many mosaics have been unearthed during ongoing excavations, especially in the southeastern provinces of Gaziantep and Hatay.

Gaziantep hosts the Zeugma Mosaic Museum, one of the largest mosaic museums in the world. The 30,000-square meter museum is named after an ancient city's most famed mosaic whose "Gypsy Girl" centerpiece was retrieved from the United States in 2018.