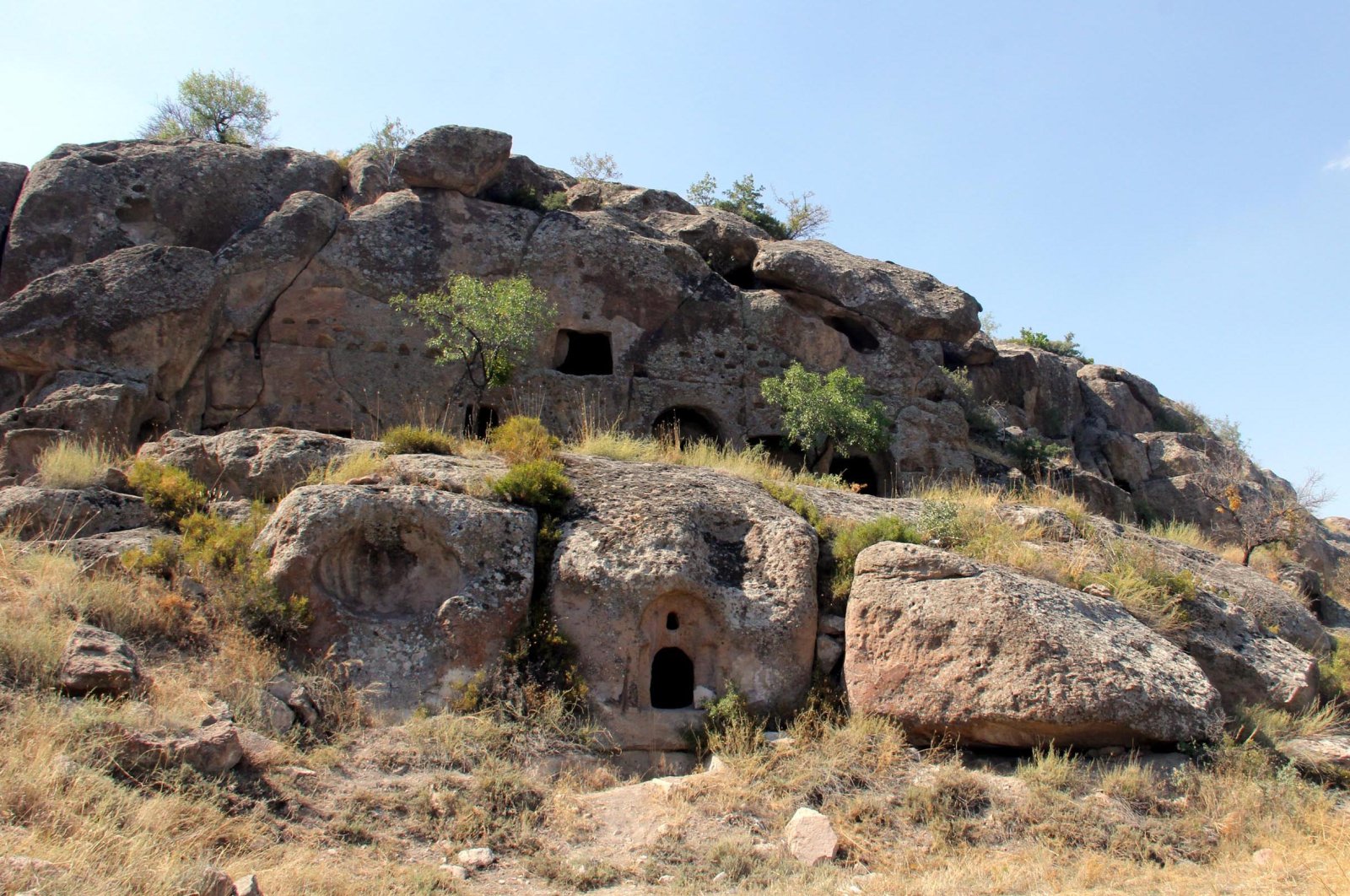 Last year, grape harvesters who came to the area called "Kırklar İni" near the Derebağ district of İncesu reported to municipal authorities that they had encountered a cave with two entrances.

İncesu Mayor Mustafa İlmek, alongside former teacher and historian Mustafa Çavdar, went to the area to investigate the report.

Their survey revealed that the place known to the villagers as a cave was actually a two-story underground city. Destroyed by treasure hunters, the ancient underground city had multiple rooms and a monumental tomb cut from the rock.

At the beginning of this year, researchers reexamined the area and found two more doors leading to the underground city.

İlmek said preliminary research found that the city is many meters in length.

"There are rock tombs in the underground city; however, they have been destroyed by treasure hunters,” he said.

"According to our latest findings, the underground city has four entrances. Whether it has more entrances will be revealed at the end of the examinations," İlmek said.

The mayor said that once work is completed on this significant discovery, officials will apply for it to be added to the UNESCO World Heritage Temporary List.

Kayseri province is home to the Cappadocia region, which draws millions of tourists each year with its fairy chimneys, natural rock formations, underground settlements and historical monasteries.