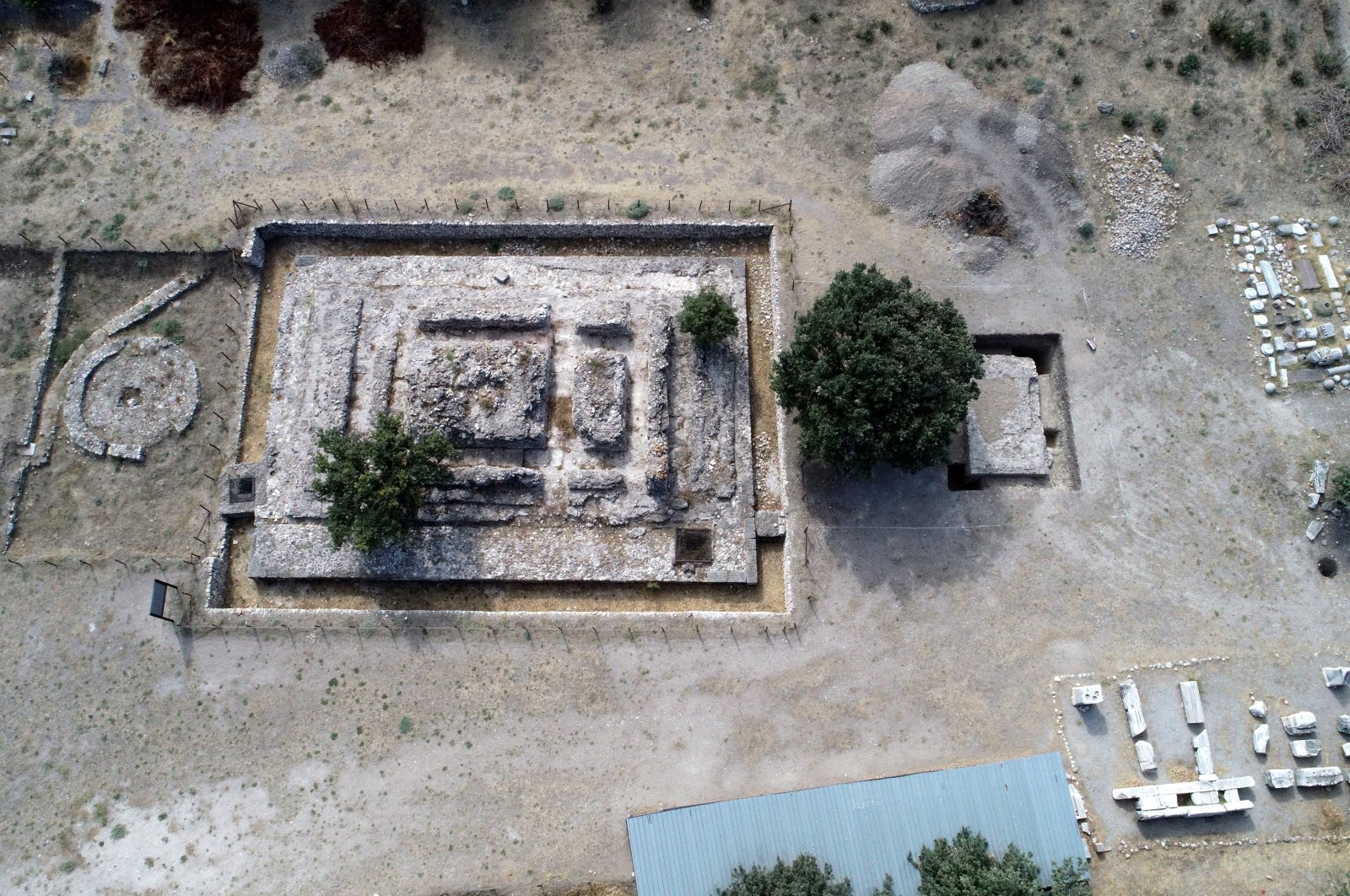 A 2,000-year-old altar has been unearthed in northwestern Turkey near the town of Ezine in Canakkale province, archeologists said Saturday.

A hall with a podium, temple, odium, and bathhouse was among the remains that have survived to the present day in the ancient city of Alexandria Troas, an area near the Aegean Sea.

Situated on the Dardanelles Strait, Alexandria Troas had a strong and flourishing economy between the first and fourth centuries, after it became a Roman colony seaport. With a population of nearly 100,000 during this period, the ancient city was mostly abandoned in the ninth century after its economy deteriorated.

"One of the control drillings found the remnant structure of a possible altar," he said. "We excavated the site to see if it had the same architectural structure and characteristics as the temple," said the archeologist.

Stating that the structure possibly dates back to the first century, Öztepe said the excavations have reached seven meters (almost 23 feet) below the surface, with a deep foundation beneath.

"It mostly lost all of its coatings and architectural ornaments," he added. "It is important that a structure that we can call an altar has been unearthed in front of the temple."

Öztepe pointed out that the structure will be open to visitors once environmental protection measures are taken for their safety. "The altar, as well as the temple, will be explained to visitors," he stated.

He added that visitors will see the visuals of the altar in 3D on a transparent plate and that they will be able to access information related to the structures by scanning a QR code on their smartphones.