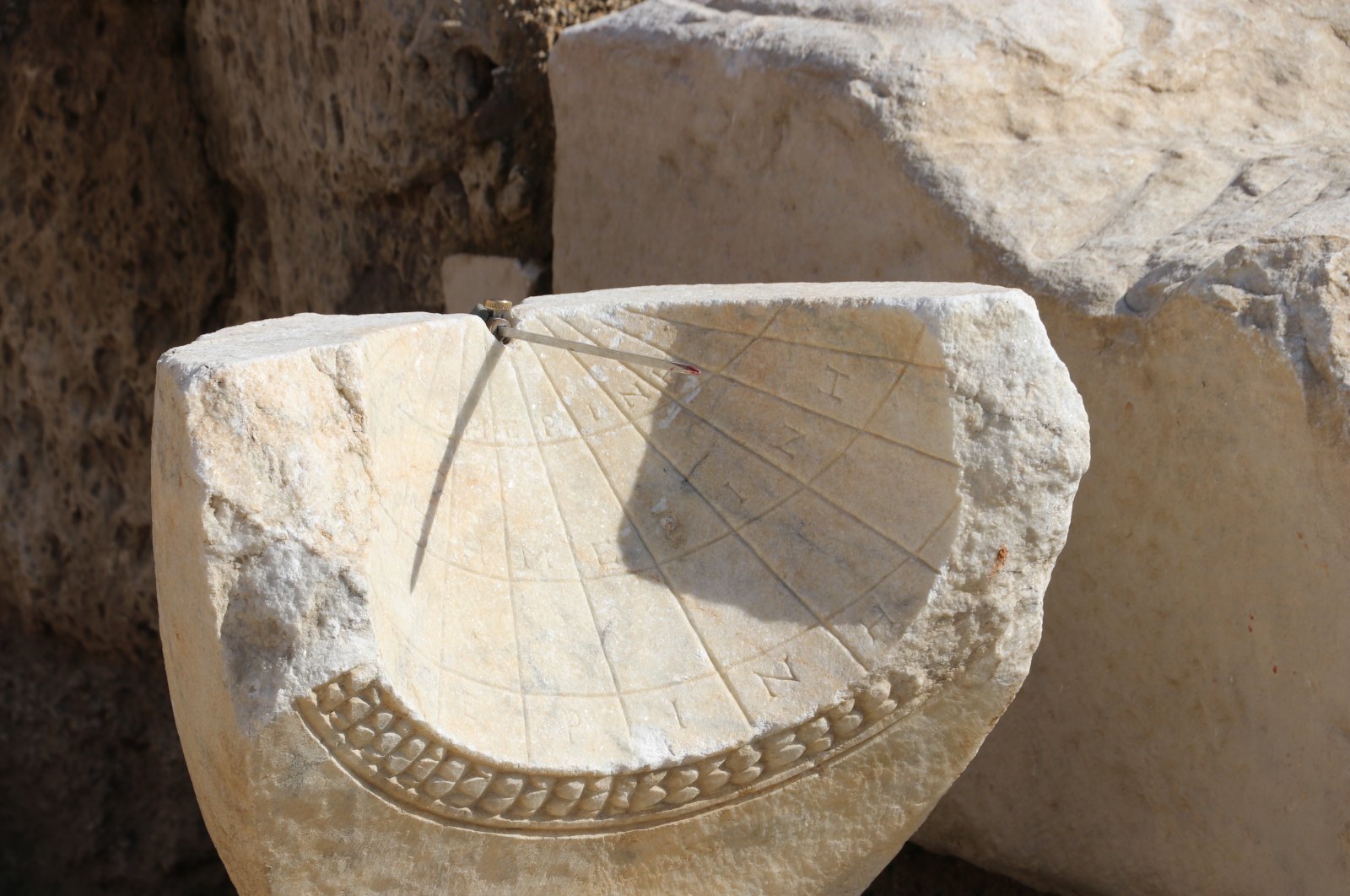 A 2,000-year-old ancient sundial was unearthed in Turkey's Aegean city of Denizli on Friday.

The Hellenistic-era marble sundial was found in one piece in the ancient city of Laodikeia, some 600 kilometers (373 miles) to the south of Istanbul.

Oriented toward the south, the sundial shows seasons, months and hours, said Celal Şimşek, the chief archaeologist at Denizli's Pamukkale University, referring to the piece as "unique."

The sundial features images of foliage and Greek names of seasons but is missing its shadow-casting needle, known as a gnomon.

Built in the third century B.C., Laodikeia has been on the UNESCO tentative list since 2013. It was one of the seven churches named in the Book of Revelation, according to UNESCO.

Among the rare, largely preserved buildings in the city are the largest ancient stadium in Turkey, a theater and a sacred agora.

Laodicea is the largest ancient city in modern Turkey after Ephesus in Izmir, 200 kilometers to the west.