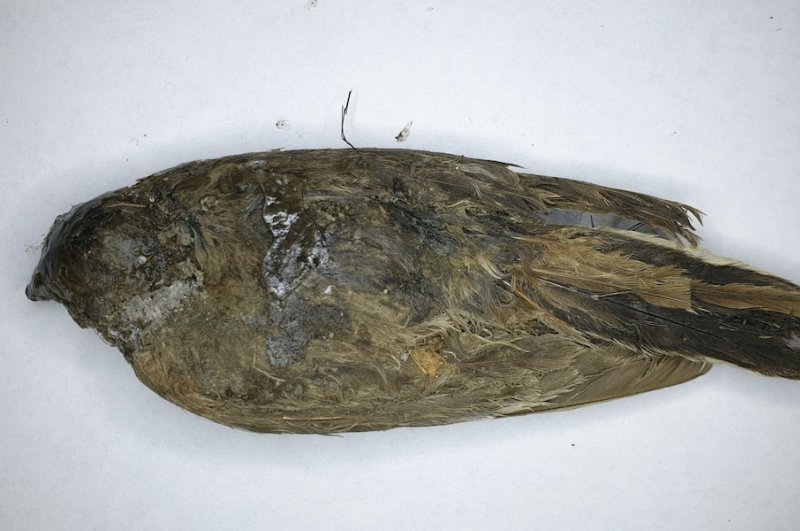 The frozen specimen, pictured, was identified as a horned lark. (Photo by Communications Biology journal)
by DAILY SABAH Feb 25, 2020 11:25 am
RECOMMENDED

Researchers have discovered remarkably well-preserved remains of an ice age bird that lived around 46,000 years ago near the Russian village of Belaya Gora in northeastern Siberia.

The bird was preserved so well by the ice that the researchers initially mistook it for an animal that had died a day before.

The research was published in the Communications Biology journal last week.

According to genetic analysis, the bird was identified as a horned lark (Eremophila alpestris) and could be an ancestor of two subspecies of lark alive today. One of them inhabits northern Russia and the other lives in the Mongolian steppes.

"This finding implies that the climatic changes that took place at the end of the last ice age led to the formation of new subspecies," Love Dalén, a professor of evolutionary genetics at the Swedish Museum of Natural History, said in an interview to CNN.

Dalén noted that the bird must have frozen "relatively quickly" without a chance to decompose to have been preserved so well.

The frozen bird was found during an expedition with local fossil ivory hunters inside an ice tunnel in northeastern Siberia, Dalén said.

Dalén added that his team is planning to conduct more research involving sequencing the bird's entire genome, which will reveal more about its relationship to present-day subspecies.

In December last year, an international group of scientists found an "amazingly well-preserved" 18,000-year-old puppy in Siberia that is thought to be the oldest confirmed dog in history.

The group, consisting of Swedish and Russian researchers, published a report with photos, saying the discovery was made last summer in the permafrost zone in Siberia, but it took some time to confirm the age of the puppy.