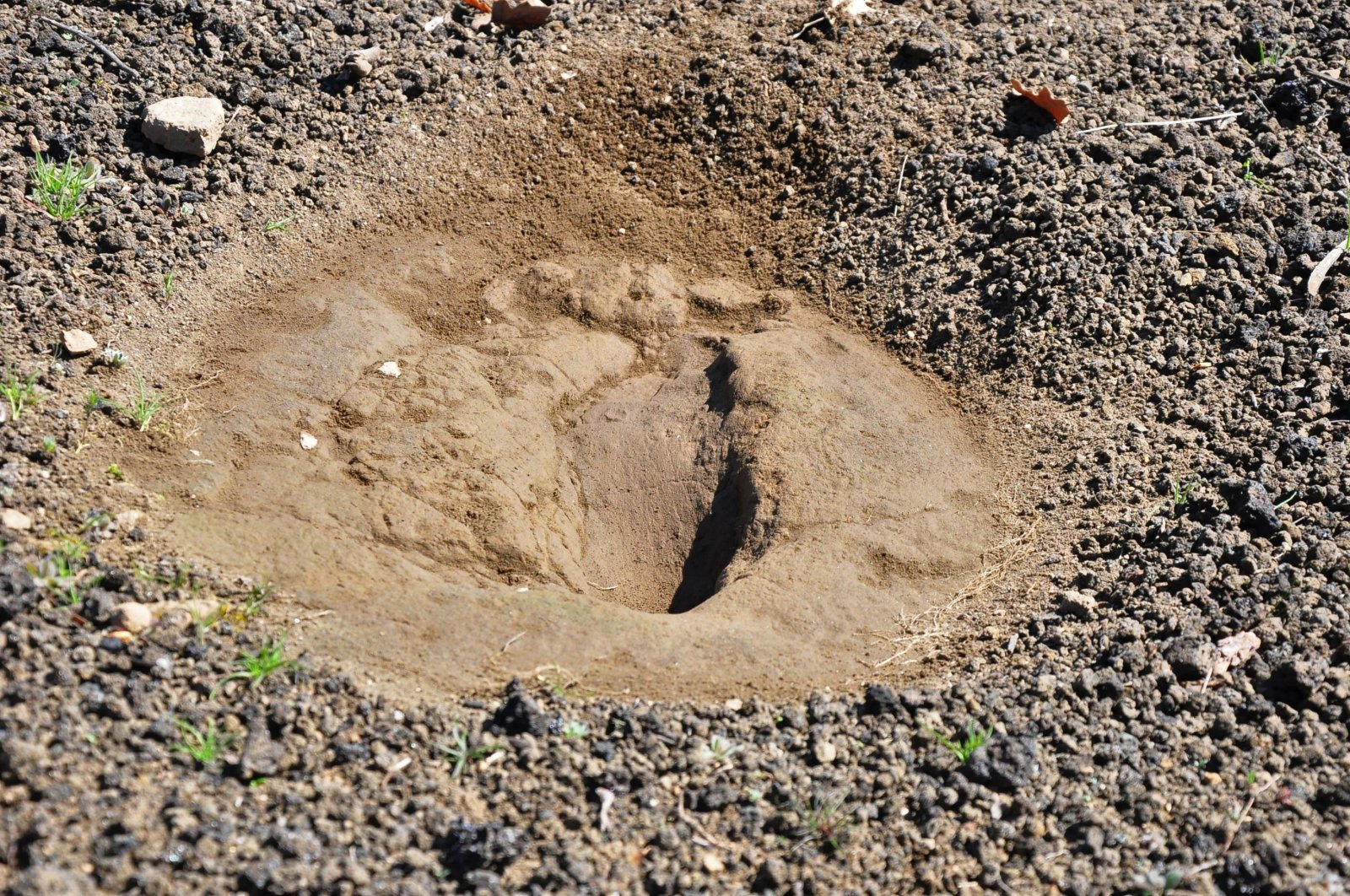 A group of international scientists discovered that human footprints, which were found during construction at a UNESCO site in western Turkey, dates back to 5,000 years.

The discovery was made in Turkey’s only UNESCO-certified geopark in Salihli district of western Manisa province. The footprints belong to a male with a foot size 43, as well as women and children, Demirören News Agency (DHA) reported Saturday.

A commission, consisting of academics and vulcanologists from the Hacettepe University, Istanbul Technical University, Manisa Celal Bayar University, Germany’s Heidelberg University and Australia’s Curtin University, completed the examination on footprints and ashes, the report said.
The scientists implemented two different dating methods and verified that the footprints dated back between 4,700 to 5,000 years.

The director of the Geopark Associations Union, Yiğit Karakuzu, told DHA that they have been keeping the footprints under protection for security reasons.

"We can see still some footprints in nature right now, but we keep their exact location confidential. We don’t want people to harm our geological heritage,” he said.