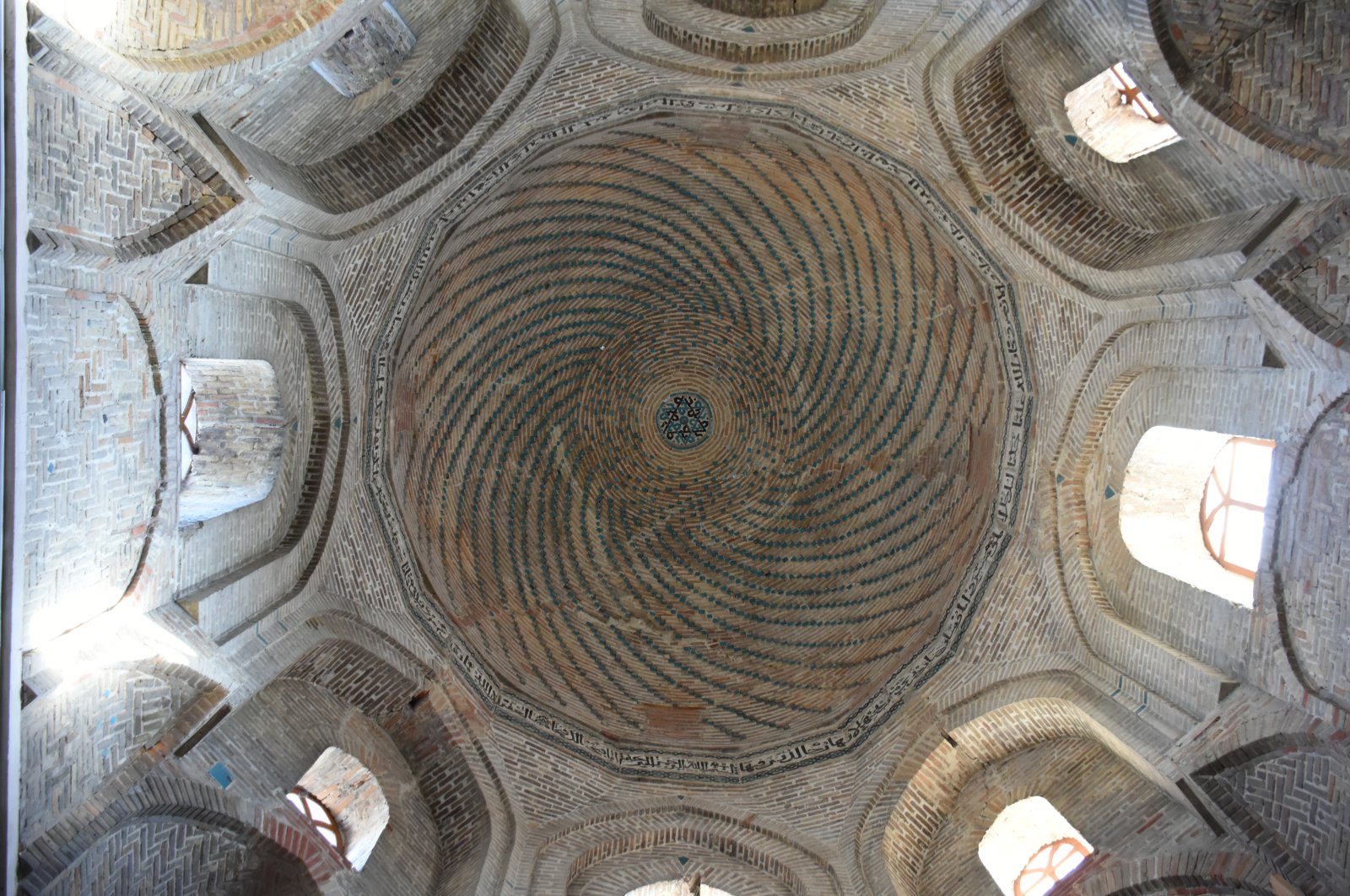 A photo showing the intricate ceiling of the Battalgazi Great Mosque located in Malatya, Turkey. (Photo by AA)
by Daily Sabah with AA Nov 01, 2021 4:43 pm
RECOMMENDED

An earthquake of 6.8 magnitude shook the ground on Jan. 24, 2020, in Malatya, damaging Battalgazi Great Mosque and consequently leading to its closure to worship. The 800-year-old mosque is now amid restoration and strengthening efforts are underway for its reopening to the public.

Built in 1224 in the Battalgazi district during the reign of Seljuk ruler Aladdin Kayqubad I, the mosque is the only surviving example of the architectural tradition of the Great Seljuk mosque building in Anatolia. It is made of brick and stone and contains worship areas for summer and winter.

The work on the mosque started on March 5 after the approval of the project.

Fifty arches were secured in place in order to prevent further damage and partial collapses that aftershocks following the earthquake may cause.

The removal of the wooden roof, lead smelting, injection on the body walls and grouting rebuttals were completed in the mosque.

Brick production, insulation and lead metal fabrication in the main dome as well as the construction of buttresses are still underway.

The work carried out by the Malatya Regional Directorate of Foundations is scheduled to be completed in May 2022.

Malatya Foundations Regional Director Adem Bacanlı told Anadolu Agency (AA) that the mosque is an ancestral artifact built within the city walls of Battalgazi and that they are trying to ensure that the building survives for future generations to appreciate.

Reiterating that large cracks occurred in the vaults, main walls and minaret of the building during the earthquake, Bacanlı said, "By performing repairs with hydraulic lime mortars within a strengthening approach, we seek to make it stand for many more years. We are also looking for ways to preserve the original tiles of the mosque.”

Noting that the work required an initial figure of approximately 10.6 million TL ($1.1 million), Bacanlı continued, "The figure might increase as we continue. We are doing our best to complete the repairs in the best possible way and to present the ancestral artifact to the service of humanity.”

Stating that Battalgazi Great Mosque is one of the symbols of the city, Bacanlı said, “This artifact has survived until today and we aim to present it to the service of humanity for many more hundreds of years.”

Bacanlı concluded by saying, “We will once again be able to see the beautiful mosque where we can worship in awe. For this purpose, everyone in the Directorates is doing the best they can."