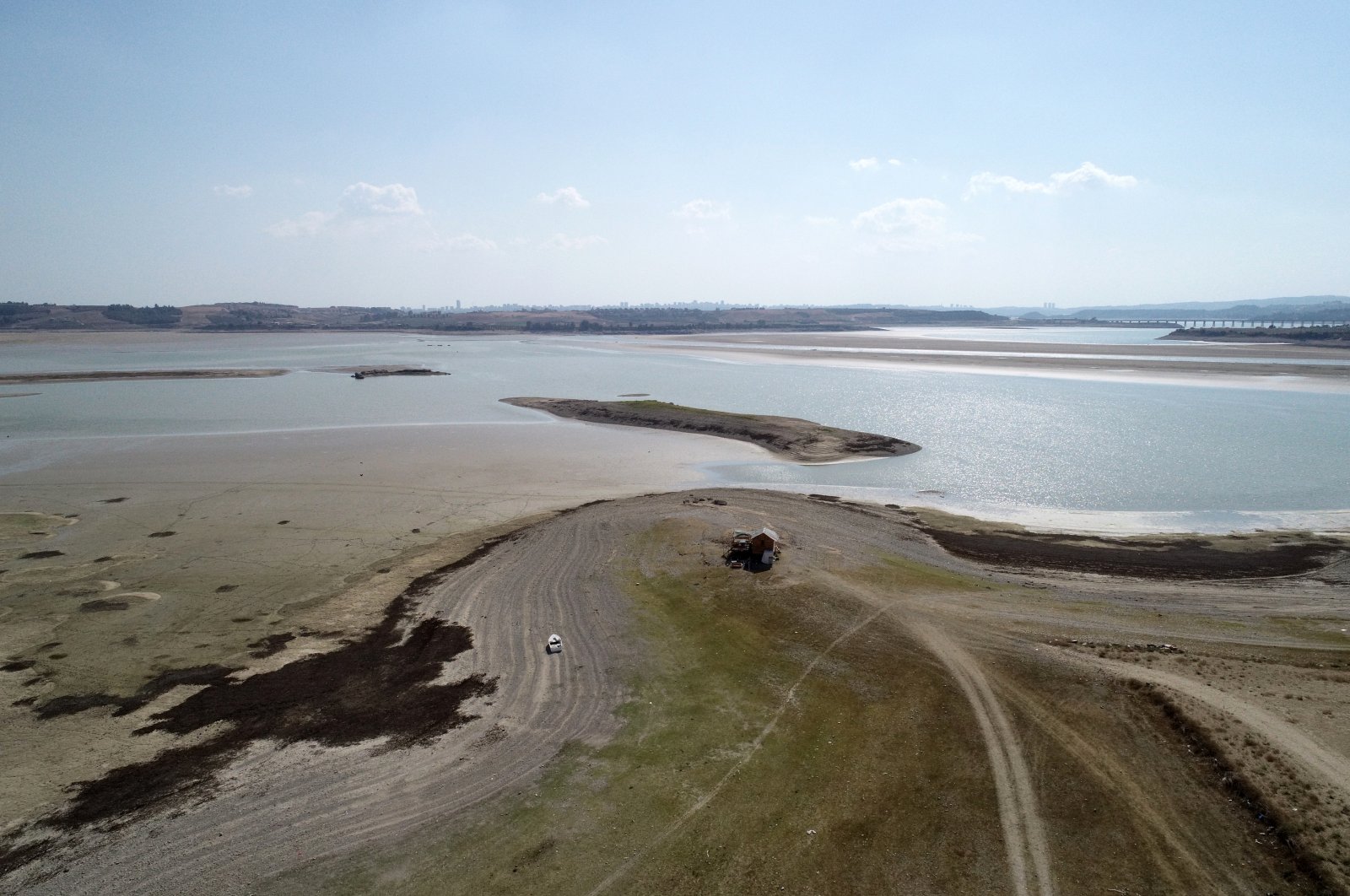 A submerged section of the ancient city of Augusta, whose history dates back centuries, has reemerged after the water level in the Seyhan Dam Lake fell due to a drought in southern Turkey's Adana.

The city was founded in the name of Livia Augusta, the wife of the Roman Emperor Augustos, in the Karaömerli district of the central Sarıçam district of Adana. The ancient city, which dates back to B.C. 58-A.D. 29, was flooded by the Seyhan Dam Lake in 1955.

What remains of the ancient city are a Medusan sarcophagus and coins from that period in the Adana Museum, as well as drawings, notes and photographs left by archaeologist Mahmut Akok.

The ancient city, which has been underwater for many years and is not known to most Adana residents, saw the light of day this year when the water level in the dam fell due to drought.

Around the ancient city, which has partially emerged and resembles a peninsula, the neighborhood’s residents have taken the opportunity to graze their animals as the waters receded.

‘This place was underwater’

A local named Mustafa Tokalı said: "Every year the waters recede, but this year it receded more than usual and the ancient city emerged. This was an ancient city in its time, and when the dam was built, it all went underwater," he said.

Yahya Bebek said: “A great amount of history took place here. We've known this place for years. Every single stone there is bigger than a car. The steps are visible, just like the theater. Something happened there. It would be nice if it actually reemerged. It is called an ancient city. In fact, there are tombstones there. We want this place to see the light of day," he said.

Stating that the area where the ancient city is located has been the same since his childhood, Bebek said: "The elderly say that there was a dungeon under it. They say that they used to herd oxen here. I visited the special stones there for a year. Each stone is huge. How were those stones moved at that time?"

‘There was a rich settlement there’

In the research carried out by archaeologist Mahmut Akok many years ago, the ancient city was found to actually have been a rich settlement. The city was 1,000-1,500 meters (3,280-4,900 feet) long in the north-south and north-west directions, surrounded by castle walls, each with 5.40-meter-tall marble columns. Researchers also found that it had an open-air theater with a seating area of 62 meters in diameter.

In addition, Akok wrote the following notes about his research on the ancient city 10 days before the dam was filled with water, an event that greatly impacted Adana’s tourism industry.

“The investigation of the ruins, which are located in the Seyhan Dam's reservoir and believed to be the ancient city of Augusta, was assigned to us by the General Directorate of Antiquities and Museums of the Ministry of Education. We conducted an on-site inspection about 10 days before the water flooded the area," Akok wrote.

"These ruins were 25 kilometers east of Adana city and located on a peninsula-like terrace where the stream flowed, at the junction of Kuruçay Valley, with one of the branches of the Seyhan River extending to the north. Today, a part of Karaömerli village remains by the lake, while Gübe village (the area where the ancient city is located) is underwater.”