Ancient statue of Greek god Hermes dug up in Athens 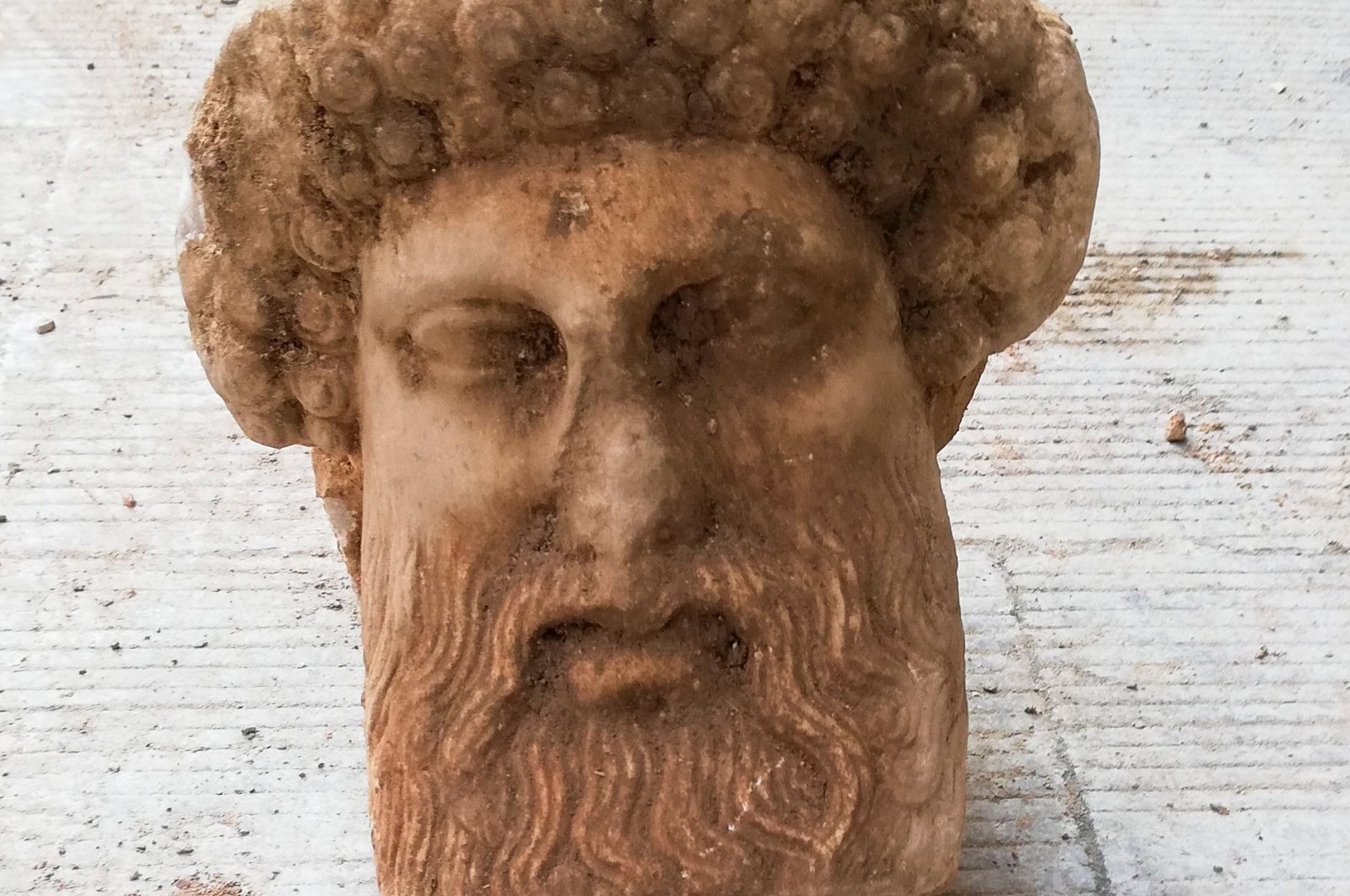 This handout picture released by the Greek Culture Ministry shows the head of an ancient statue of the Greek god Hermes which has been unearthed during excavations for sewage system improvements in central Athens, the ministry of culture said on Nov. 15, 2020. (Greek culture ministry Photo via AFP)
by French Press Agency - AFP
Nov 15, 2020 5:38 pm

The head of an ancient statue of the Greek god Hermes has been unearthed during excavations for sewage system improvements in central Athens, the ministry of culture said Sunday.

The marble head found just 1.3 meters (four feet) under the pavement on the busy Aiolou street on Friday, "depicts the god in a mature age and is obviously a part of a herm," the statement added.

Herms or Hermas are sculptures, usually of the head of Hermes and sometimes a torso, which were set on a squared column erected at road crossings as signs.

According to Greek mythology, Hermes was the son of Zeus and the messenger of the gods, who also protected travelers and merchants.

The ministry gave no estimate of the value of the sculpture but it was immediately transported to a warehouse of the directorate of antiquities.

On Saturday, Athens mayor Kostas Bakoyannis posted a photo of the Hermes head on his Facebook account. "Unique Athens", he said.