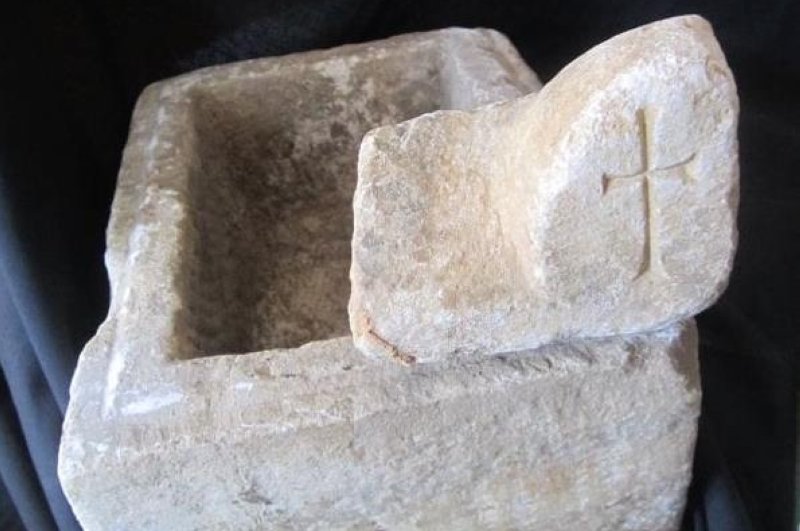 Archaeologists found a stone chest in Balatlar Church in Sinop, northern Turkey, which is believed to have stored fragments of the cross on which Jesus Christ was crucified. Already named as the “Holystone” by the Christian world, the chest is now being kept in Sinop Archaeological Museum.

The church, where fragments of the cross of Jesus Christ have been found, was a former Roman temple converted into a Byzantine church in the seventh century.

Initiated nine years ago with the support of the Culture and Tourism Ministry in Sinop province, excavations at the Balatlar building complex are still ongoing. The building complex, the only ancient building in Sinop whose use is known due to its large walls from the late Roman imperial period, has a history dating back some 2,300 years.

During the large-scale excavation led by Gülgün Köroğlu, a professor in the Art History Department at Mimar Sinan Fine Arts University, the altar section of the structure that was used as a church in the fifth century is being unearthed.

According to Sinop Provincial Director of Culture and Tourism Hikmet Tosun, Sinop is one of the oldest human settlements in the world. He emphasized that during the nine years of excavation work, they excavated 2,000 works that are exhibited in the museum and 11,000 works that are stored in the warehouse. He noted that all of these works came from this excavation area.