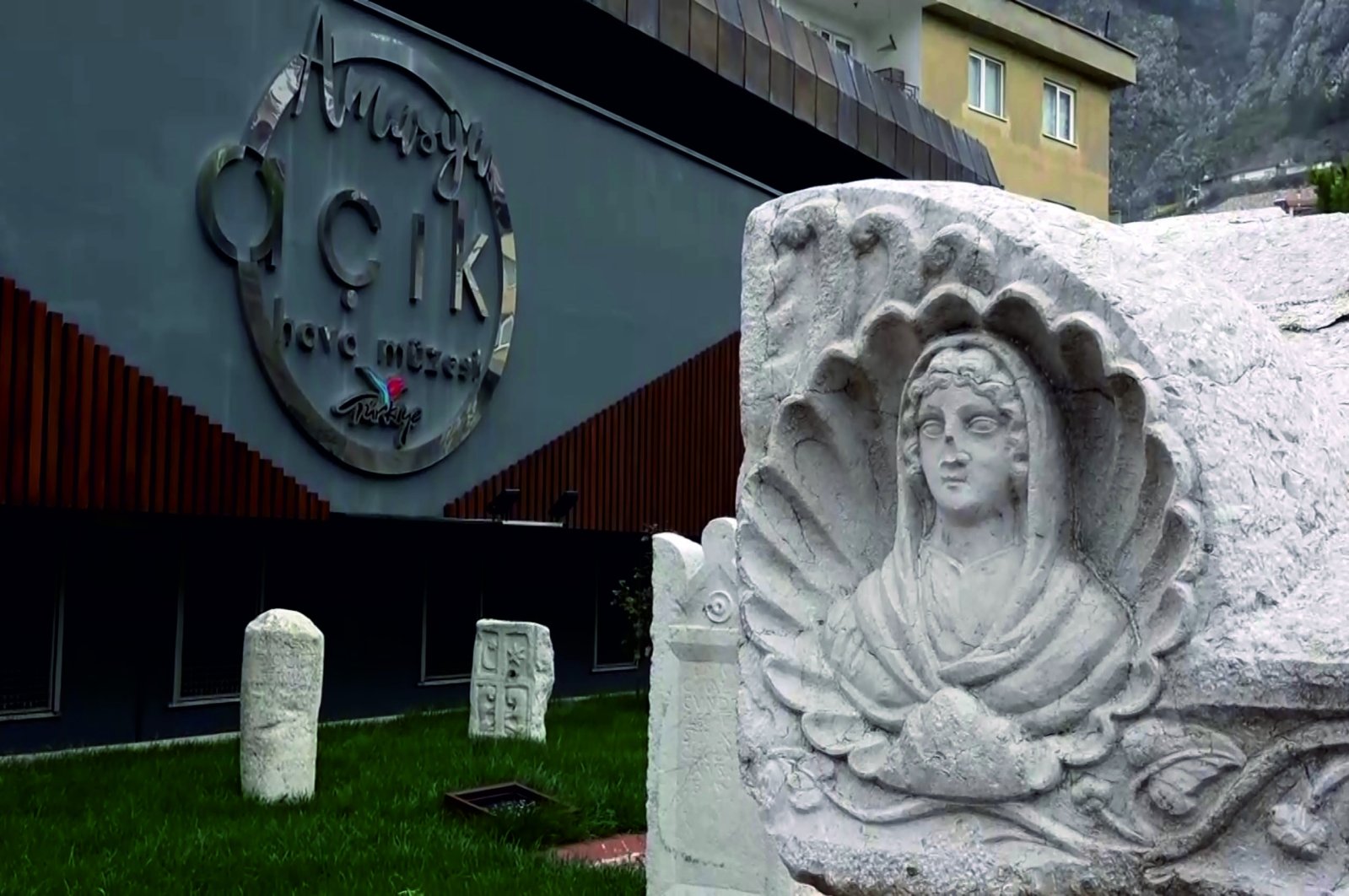 The cursed sarcophagus can be visited at the Amasya Museum. (DHA Photo)
by Daily Sabah with DHA Mar 29, 2021 11:45 am
Edited By Yasemin Nicola Sakay
RECOMMENDED

"May those who approach (this sacred place of final rest) with malicious intent, try to take over this grave or commit other evils, walk on this Earth as accursed beings – unable to traverse land or penetrate seas. Let them not see any benefit from their children, and especially not from their spouses, let their livelihoods reduce (to dust and splinters)."

This is the ancient curse written on a 1,700-year-old sarcophagus that has been on display at the Amasya Museum in Turkey's Black Sea region for over two decades. To make things even more interesting and up the accursed factor, the grave also features an embossment in the shape of Medusa, the mythological Gorgon who had living venomous snakes in place of hair and turned anyone who gazed into her eyes into stone.

However, the curse written in ancient Greek either wasn't legitimate or not very strong, as the sarcophagus and its contents fell victim to grave robbers in Roman times, leaving nothing behind but the outer shell.

Perhaps the "May those who approach (this grave) with feelings of respect and mercy receive favor(s) from God" line before the actual curse was construed as a sign of weakness.

The mysterious sarcophagus, which is the most peculiar work on display at the museum, was found in 1994 in the Merzifon district of Amasya during rescue excavations in the village of Aktarla.

The director of the Amasya Museum Celal Özdemir told Demirören News Agency (DHA) that the owner probably built the sarcophagus and inscribed a curse on it to prevent the ancient tomb from being robbed.

Özdemir said that the owner of the tomb most likely ordered its creation before he died and then had this curse written on it in hopes that it would deter grave robbers and treasure hunters from stealing the contents and destroying the sarcophagus.

"All these warnings were to prevent the grave from being robbed, stealing the gifts of the dead and from damaging the grave," he said, adding that despite the curses and warnings, all the jewelry and valuable items buried with the family has been stolen.

Özdemir said there was a relief of the profiles of the grave owner and his wife outside the grave and four skeletons, two of the parents and two of the children, were found inside.