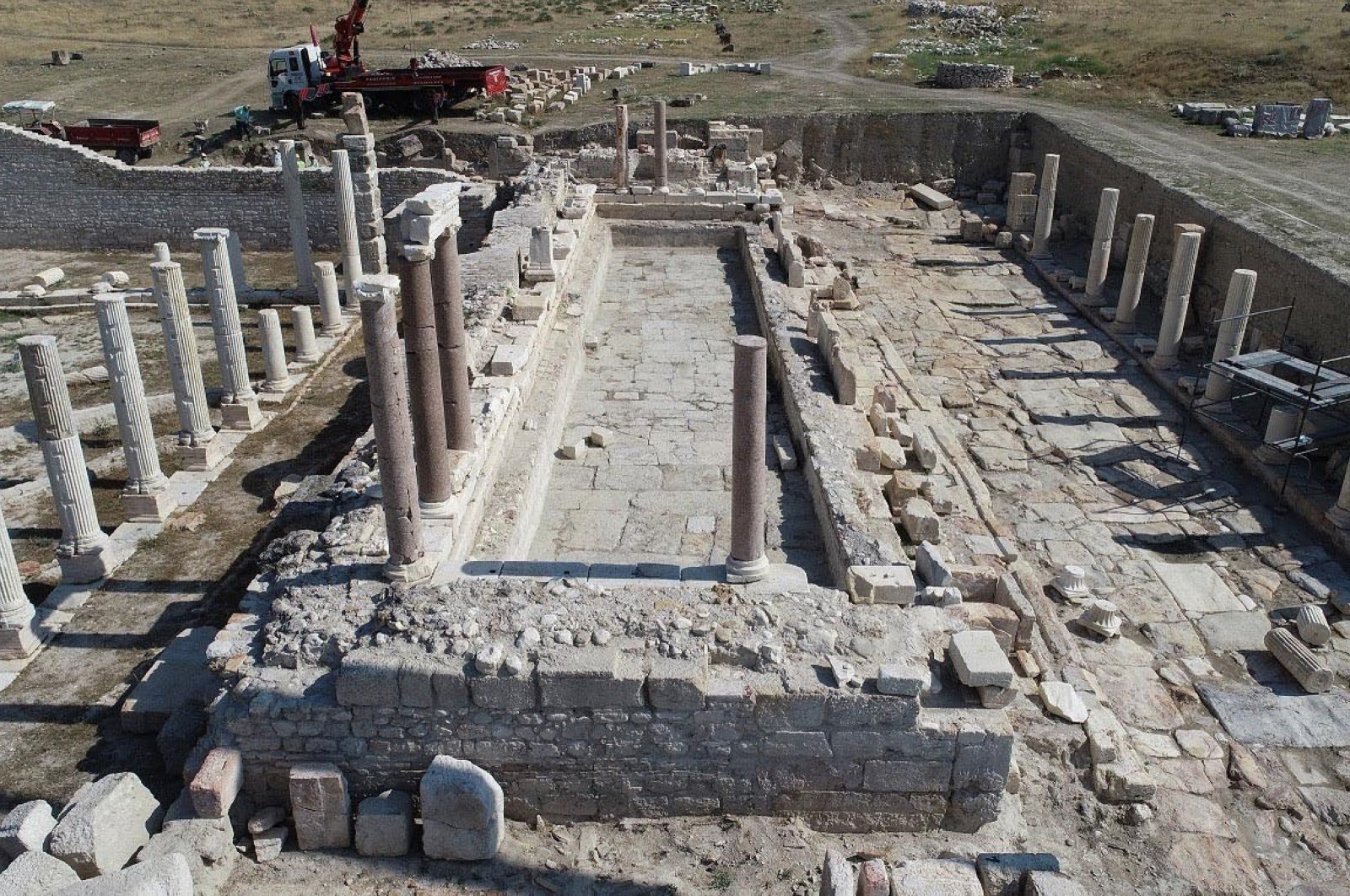 A general view of the monumental fountain, estimated to date back to the second century A.D, in the ancient city of Tripolis, Denizli, western Turkey, July 24, 2020. (DHA Photo)
by DAILY SABAH Jul 27, 2020 12:10 pm
RECOMMENDED

Archeologists have completed around 90% of excavation works on a monumental fountain, estimated to date back to the second century A.D., located in the ancient city of Tripolis on the Büyük Menderes River in western Turkey's Denizli province.

The fountain was discovered during excavations, initially launched in Buldan district in 2012 by Pamukkale University (PAU), the South Aegean Development Agency (GEKA) and the Culture and Tourism Ministry.

Bahadır Duman, associate professor at PAU's Archeology Department, said the excavation works are nearly complete and they are getting ready to start a restoration process for the ancient fountain. "We are planning to finish all works by the end of this year," he added.

Archeologists said the well-preserved U-shaped fountain is 32 meters (105 feet) long, 15 meters (49 feet) high and 7 meters (23 feet) wide and is located at the center of the ancient city.

The fountain was adorned with the statues of important rulers of the time and their wives as well as various gods and goddesses worshiped in the city during that period.

In the fourth century, it underwent a comprehensive restoration, which has greatly contributed to efforts to reach little-known information about the transition from Roman to Byzantine architecture.

Situated about 40 kilometers (25 miles) north of Denizli city center, Tripolis was an important riverside commerce and agricultural center in the ancient Lydia region. The ancient city also played a crucial role in providing transportation between Karia, Phrygia and Tripolis. It was one of the richest cities in the region due to its strategic location.