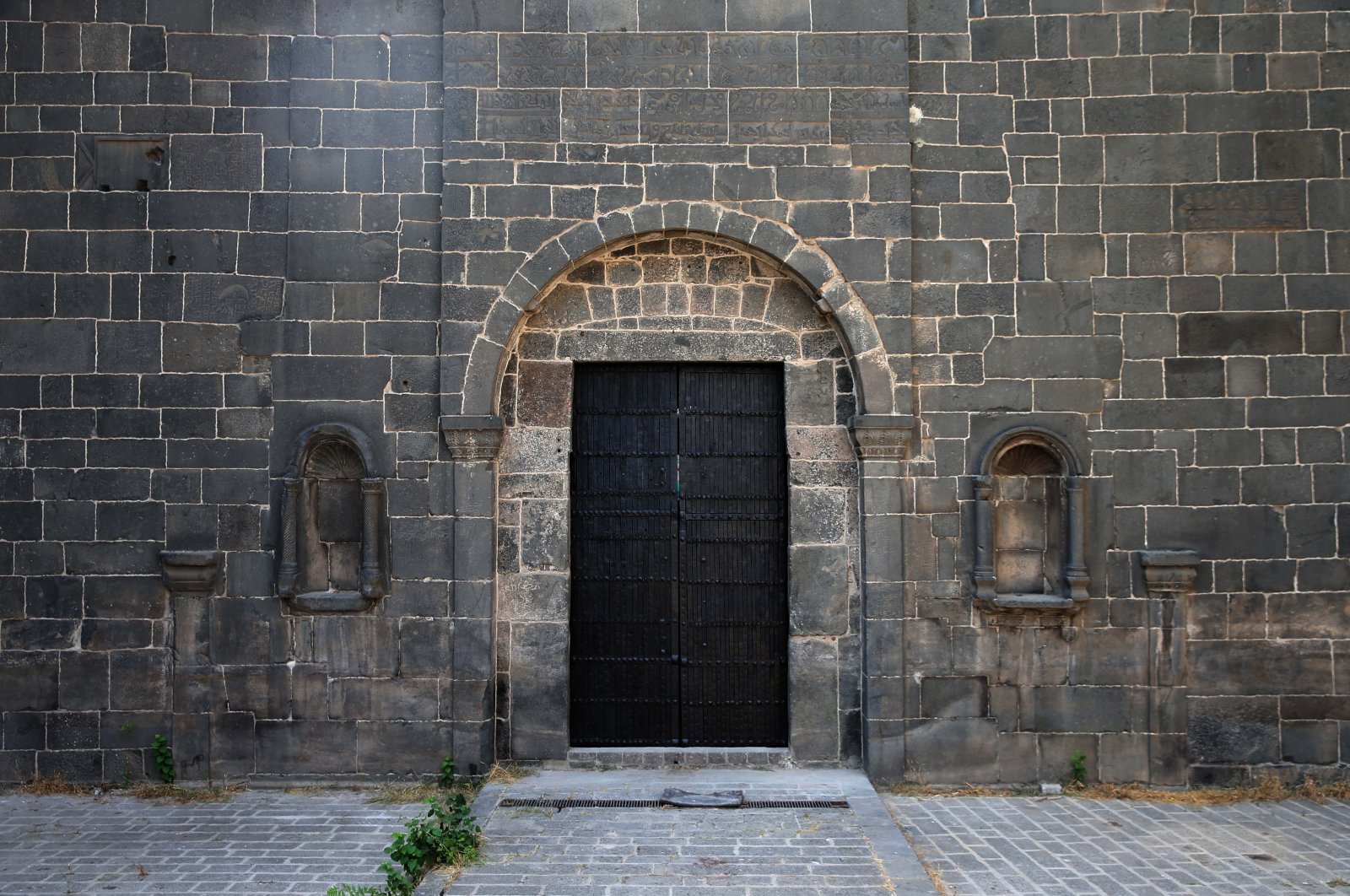 Southeastern Turkey's Diyarbakır province stands today as one of the oldest cities in Mesopotamia, home to thousands of years of history. Throughout ancient times the city walls have guarded the magical town impeccably. But a wide-open gate makes for penetrable ramparts, so the city has reinstalled the historical Dağkapı (literally meaning mountain gate) to its position as the gate of the 8,000-year-old city walls after renovation.

Dağkapı, which has a history of more than a thousand years, has seen many an era at the Diyarbakır walls and has been meticulously repaired by specialists and installed in the wall with the same antique grandeur.

Cemil Koç, Diyarbakır director of surveying and monuments, told Anadolu Agency (AA) that the historical Dağkapı was dismantled in 1942 and placed under protection in a museum.

"After 79 years, the 1,111-year-old gate has been reconnected with its place,” he said, adding that assembling of the door at its original place took two days.

Efforts are underway to restore other centuries-old gates on the walls. Three other gates, Urfakapı (Urfa gate) and Yenikapı (new gate), as well as Küpelikapı (earringed gate) which used to connect the wall to Içkale (the keep), are still being restored, the official said.

Renovation work on the Yenikapı and Urfakapı gates will be completed soon, after which they will be reinstated.

"This way, all of the gates of the city walls will be restored and installed where they belong, in a manner that reflects their historical role," he added.

Diyarbakır Fortress and the city walls, which have guarded the city for thousands of years as if they were guarding a holy relic by surrounding it magnificently, stand as UNESCO World Heritage sites along with the 8,000-year-old Hevsel Gardens, 700 hectares of cultivated, fertile lands that in history played a vital role in keeping the city provisioned and supplied with water.

Diyarbakır still carries a medieval atmosphere with its almost intact and impressive walls encircling the city that stand up to 12 meters (39 feet) high and 5 meters thick.

With its length of nearly 6 kilometers (3.7 miles), the city walls of Diyarbakır remain the second-largest city walls in the world after the Great Wall of China. The walls are situated 100 meters above the valley of the Tigris.