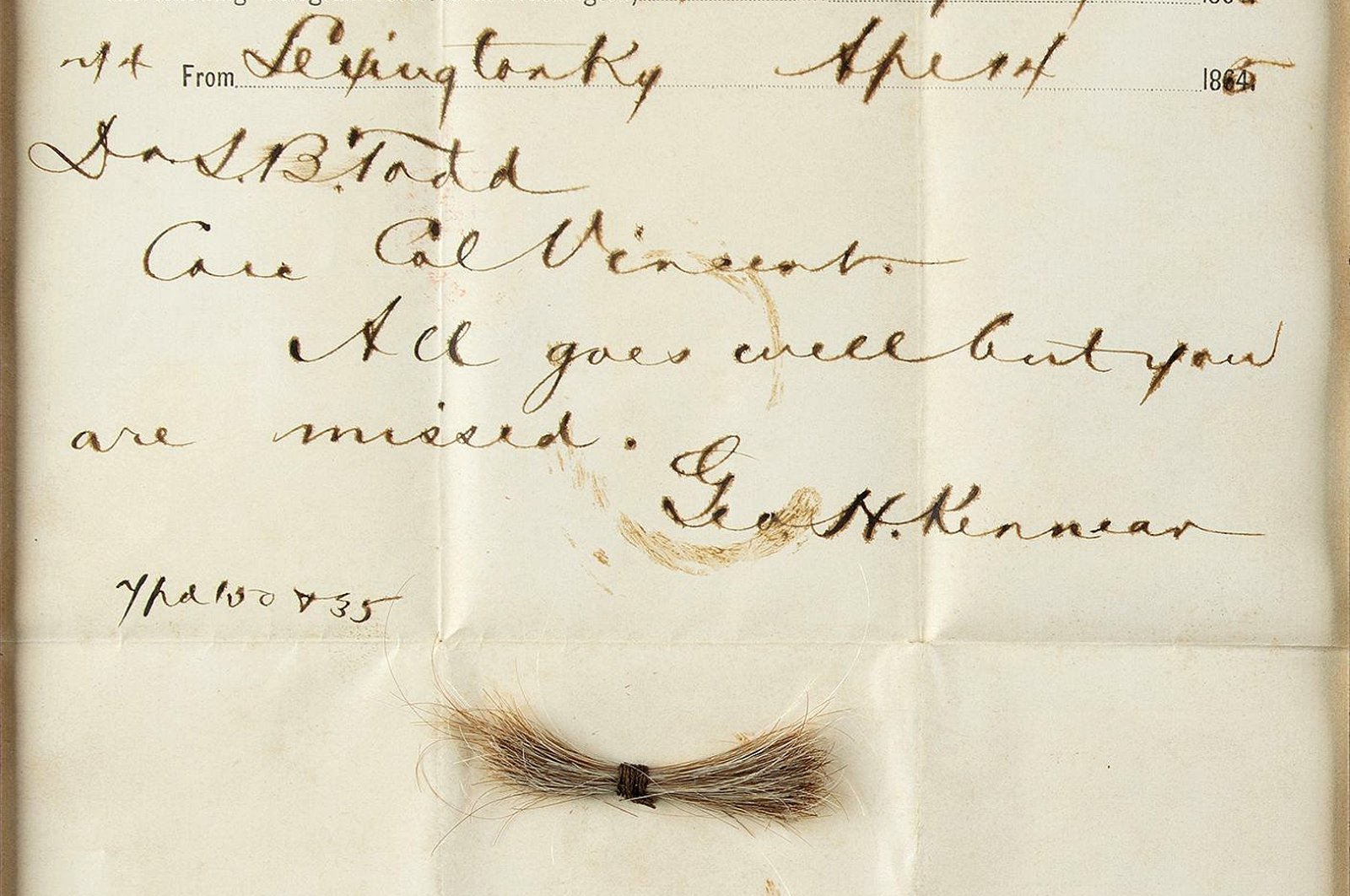 A lock of Abraham Lincoln’s hair along with a blood-stained telegram about his 1865 assassination has been sold at an auction for more than $81,000.

The items were bought during an auction that ended Saturday, according to RR Auction of Boston.

No information about the buyer was disclosed.

The roughly 2-inch (5 centimeters) long lock of hair was removed during Lincoln’s postmortem examination after he was fatally shot at Ford’s Theatre in Washington, D.C., by John Wilkes Booth.

It was presented to Dr. Lyman Beecher Todd, a Kentucky postmaster and a cousin of Mary Todd Lincoln, the 16th president’s widow, according to RR Auction. Dr. Todd was present when Lincoln’s body was examined.

The hair is mounted on an official War Department telegram sent to Dr. Todd by George Kinnear, his assistant in the Lexington, Kentucky, post office. The telegram was received in Washington at 11 p.m. on April 14, 1865.

RR Auction vouched for the authenticity of the lock and telegram. Dr. Todd’s son, James Todd, wrote in a 1945 letter that the clipping of hair "has remained entirely in the custody of our family since that time.” It last was sold in 1999, the auction house said.

"When you are dealing with samples of Lincoln’s hair, provenance is everything – and in this case, we know that this came from a family member who was at the President’s bedside,” Bobby Livingston, RR Auction's executive vice president, said in a statement.

The $81,250 selling price was slightly more than the $75,000 the auction house was hoping the items would fetch.

The telegram is significant because it disproved a theory that then-Secretary of War Edwin Stanton plotted to kill Lincoln because of their personal and political differences, according to historians.

Some people said Stanton ordered military communications to be disrupted, allowing Booth to briefly escape. The time stamp on the dispatch shows that military telegraph lines were functioning on the night Lincoln was assassinated.