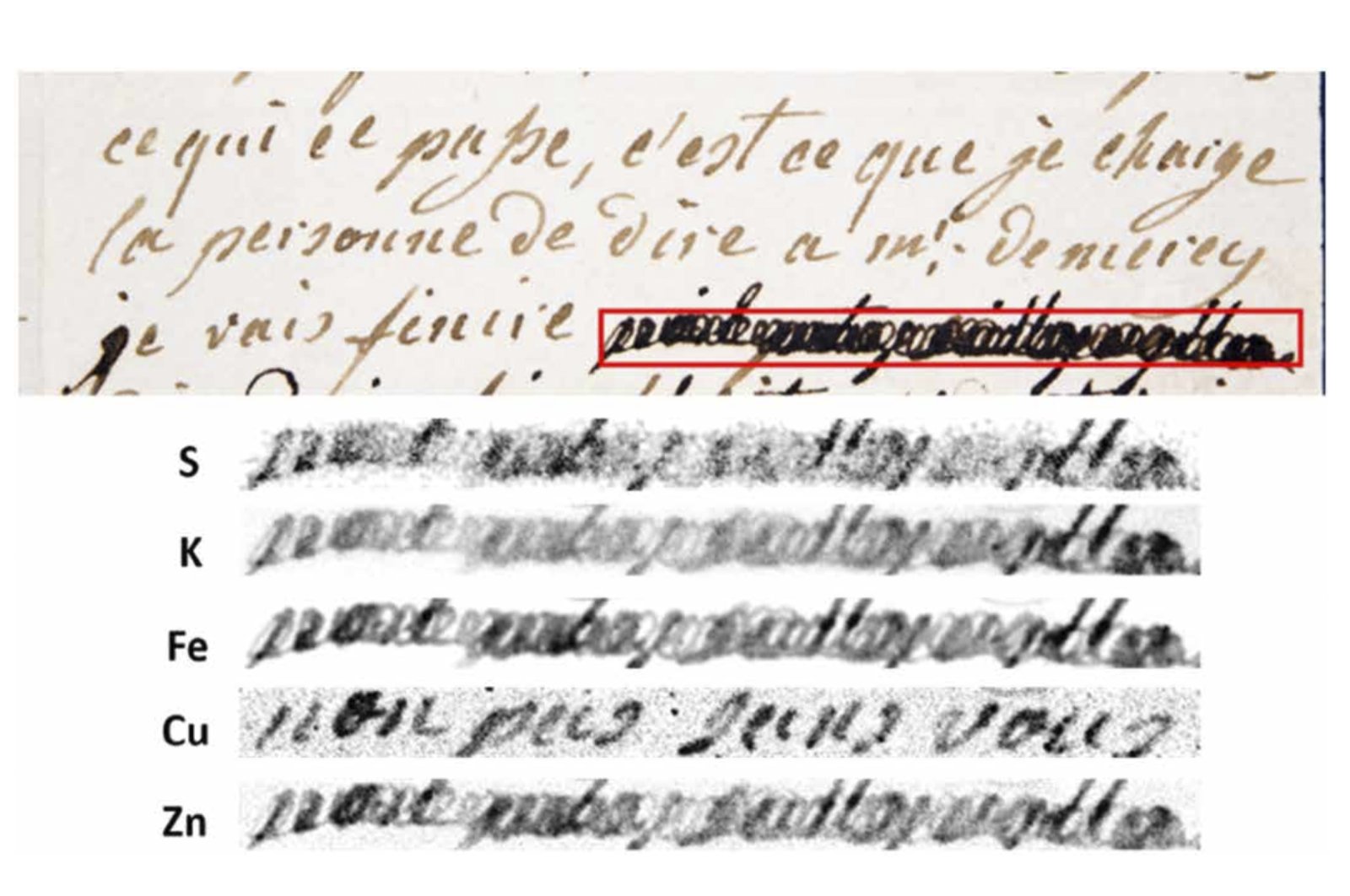 This image provided by researchers shows a section of a letter dated Jan. 4, 1792 by Marie-Antoinette, queen of France and wife of Louis XVI, to Swedish count Axel von Fersen, with a phrase (outlined in red) redacted by an unknown censor. The bottom half shows results from an X-ray fluorescence spectroscopy scan on the redacted words. The copper (Cu) section reveals the French words, "non pas sans vous" ("not without you"). (AP Photo)
by French Press Agency - AFP
Oct 02, 2021 11:42 am

Secret letters between Marie Antoinette and a man long rumored to be her lover are now being deciphered by researchers, uncovering the redacted portions of their affectionate correspondence.

The French queen's missives were composed during the revolutionary upheaval of the early 1790s, the last just over a year before her execution by guillotine at the peak of republican fervor in Paris.

The royal family was under close guard at the Tuileries Palace after a failed attempt to flee France, but the wife of Louis XVI was still able to smuggle out letters to her friend Axel von Fersen, a Swedish count.

Fersen kept copies of the correspondence, but some passages of text were blotted out, their contents a mystery until the redacted portions were uncovered by a team of researchers from the Sorbonne.

"Whether state secrets, escape plans, or evidence of a royal love affair, this presumably sensitive content has been puzzling historians for almost 150 years," said a report on the project in the U.S.-based Science Advances journal.

Researchers used a novel method of X-ray imaging that was able to differentiate between the different compositions of ink used in the original text and the redactions.

In all they were able to reveal obscured passages from eight of the 15 letters studied, coming to the surprising conclusion that the censor of the letters was Fersen himself.

"He decided to keep his letters instead of destroying them but redacting some sections, indicating that he wanted to protect the honor of the queen (or maybe also his own interests)," the study said.

The project was first brought to public attention last year, when the French National Archives said the hidden portions showed the pair expressing themselves "using the terminology of love."

But while the letters were written in intimate language, the researchers said they were unable to determine whether the revealed passages lent credence to longstanding rumors of a royal romance between Marie Antoinette and the nobleman.

"To read under the censorship does not make it possible to know the truth about the nature of their feelings as the interpretation of texts is always questionable," the study said.

"However, the choice of vocabulary (beloved, tender friend, adore, madly) attests a particular relationship between (Marie Antoinette) and Fersen even if there is an influence of the revolutionary torment, which favors a certain emotional intensity."