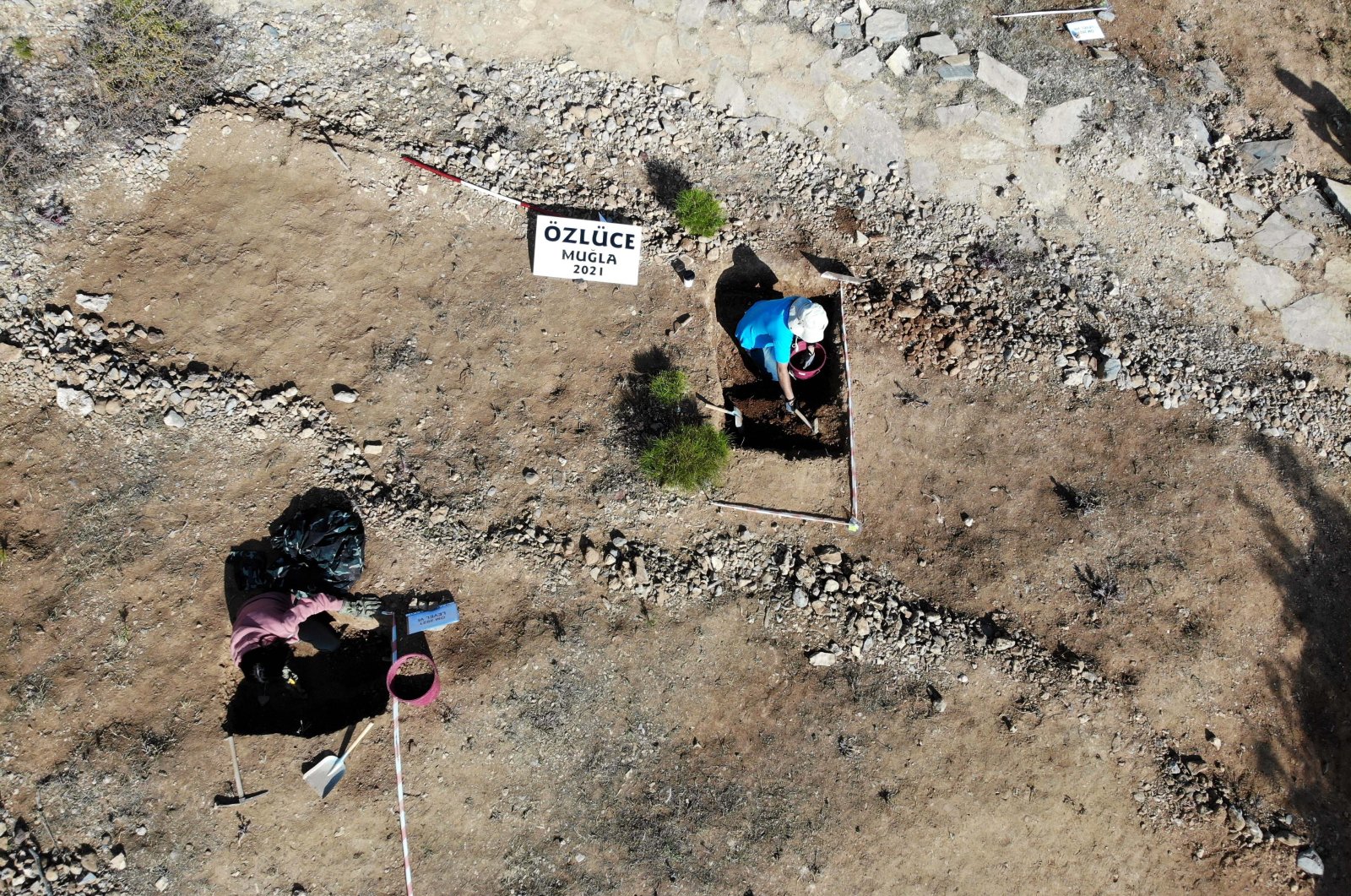 An aerial photo showing the excavation site near Kaklıca Tepe, in the Özlüce District of Muğla in Turkey. (Photo by AA)
by Daily Sabah with AA Oct 27, 2021 3:42 pm
RECOMMENDED

New fossil specimens were found in an area dating back 9 million years near Kaklıca Tepe, in the Özlüce District of Muğla in Turkey, where excavations started after it was discovered by shepherds in 1993.

Ankara University Department of Anthropology lecturer and excavation director professor Berna Alpagut said, "In the excavations we carried out in a short time this year, we found two fragments of elephants, a tusk and several long bone fragments. So we can give the good news that we have started to reach the fossil pockets."

Supported by the Ministry of Culture and Tourism and Muğla Governorship, the excavations under the supervision of Alpagut will continue until the end of the year.

The first phase of the operation carried out under the Muğla Museum was completed back in November 2008. Elephant fossils from the Turolian Period are on display at the museum.

Alpagut told Anadolu Agency (AA) that restarting the excavation efforts will contribute to the publicity and tourism of the region. Expressing her happiness that the excavations are being brought back to life today, she added that the endeavor will also continue next year.

Alpagut stated that the project will enable the students in the village to spectate the excavation and post-excavation efforts, "We are trying to create a multi-dimensional project that will boost cultural tourism as well as village tourism by attracting tourists," she said.

Pointing out that the villagers are also very enthusiastic about the excavations, Alpagut said: "The peculiarity of the Özlüce excavations is the fossil specimens left by animals that existed between 5 million to 10 million years ago in a time period called the Turolian Period. We have rhino specimens the most. In addition, we come across various forest animals such as horses, elephants, predators and pigs alongside semi-open and closed forest animals. These have accumulated here in the pockets.”

She also added “Western Anatolia is already known for the richness of these accumulated fossils, which filled the basins in between after a geological rupture and earth movement in the north-south direction from top to bottom. Therefore, Muğla is among them. We have found traces of extinct species and habitats of animals that lived 9 million years ago.”