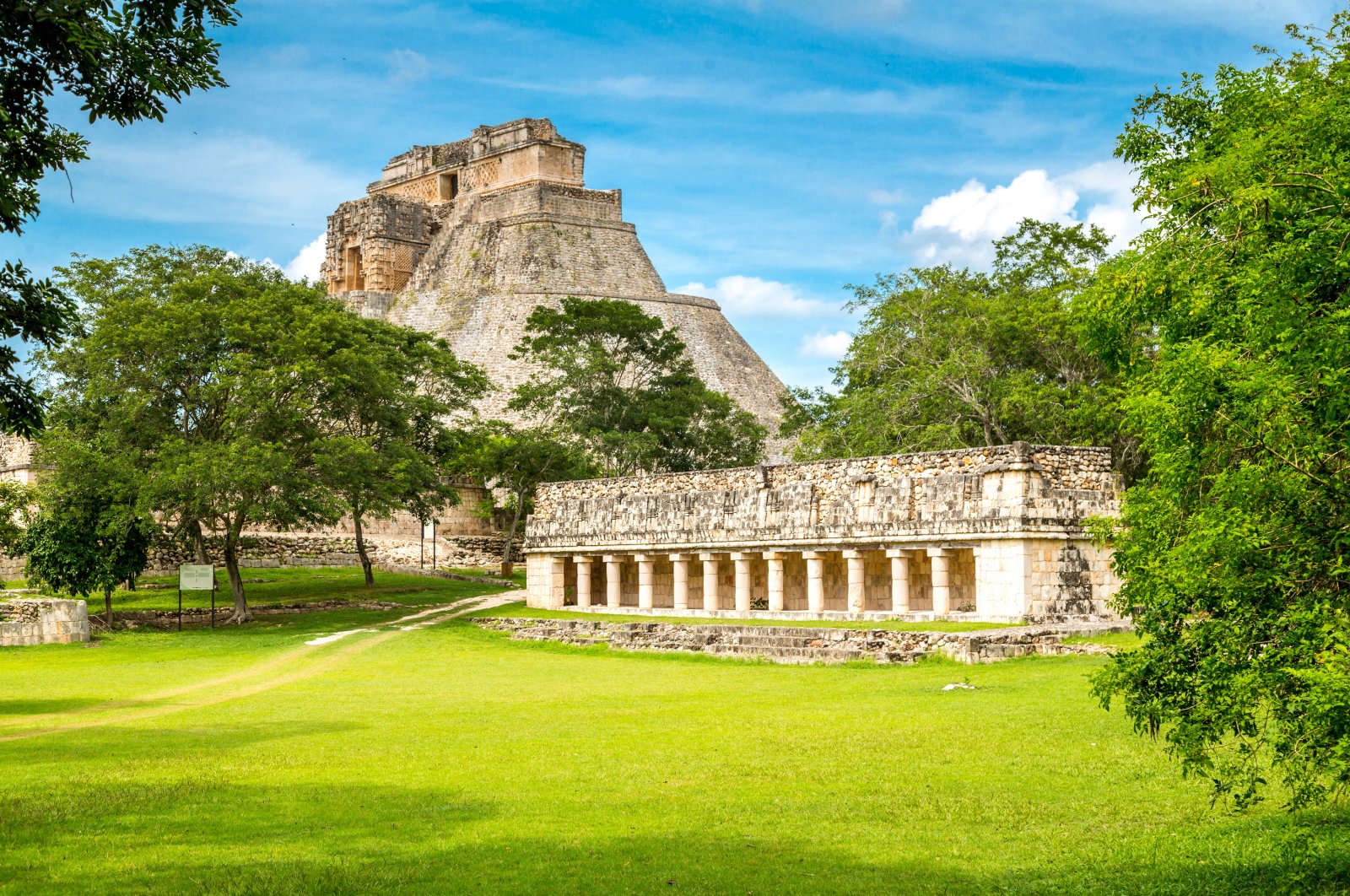 New archaeological findings surface on the route of the much debated “Tren Maya” project on the Yucatán peninsula.

Remains of nearly 2,500 pre-Hispanic structures and 80 burial sites were found on one-sixth of the route, Mexican experts said on Tuesday.

Mexico’s National Institute of Anthropology and History did not say whether any of the remains were disturbed or destroyed by the train project, which in some places runs alongside existing rail lines. It described the ruins as being “on the edge of the project.”

Potential damage to the environment and archaeological sites are some of the reasons why critics oppose the project pushed by President Andrés Manuel López Obrador.

The finds range from pottery and simple stone outlines of thatched pre-Hispanic Maya homes to ceremonial platforms. Archaeologists said they were particularly impressed by the find of two ceramic vessels with handles or bases in the shape of human breasts.

The sites were detected on the first, 140-mile (228-kilometer) stretch of the 950-mile train line that will run in a rough loop around Yucatan. That first stretch runs from the Mayan ruins of Palenque to the highway crossroad at Escarcega.

The first four stages of the train project run through areas that were probably intensely occupied by the Mayas, who formed a sprawling empire of city-states across the Yucatan and Central America between 2000 B.C. and A.D. 900. Their descendants still live on the peninsula.

The fifth and sixth stretches run along the resort-studded Caribbean coast. But the seventh and final stretch that runs near the jungle ruin site of Calakmul may also yield high numbers of finds.

No immediate reports were available on how many artifacts had been found on the other stretches of the project so far.

Experts already knew about the existence of some of the sites announced Thursday, but some are new.

The train is intended to connect Caribbean beach resorts to the peninsula’s interior, with largely indigenous populations and ruin sites, in a bid to stimulate economic development around its 15 stations. The government says it will cost as much as $6.8 billion, but others say it will be much more.

Critics say López Obrador rammed through the project without adequate study of its effects on the environment, underground sinkhole caves known as cenotes, and ruin sites.

Some stretches of the route already have tracks, and the institute said some artifacts had already been disturbed by railway construction decades ago. But other stretches are to push through sensitive jungle terrain, though they will parallel existing roads or transmission lines. Even where an old railway line exists, the project would imply updating tracks and building new stations.

Some Mayan communities have filed court challenges against the project, arguing it will cause environmental damage. They also say they were not adequately consulted about it or they will not share in its benefits.