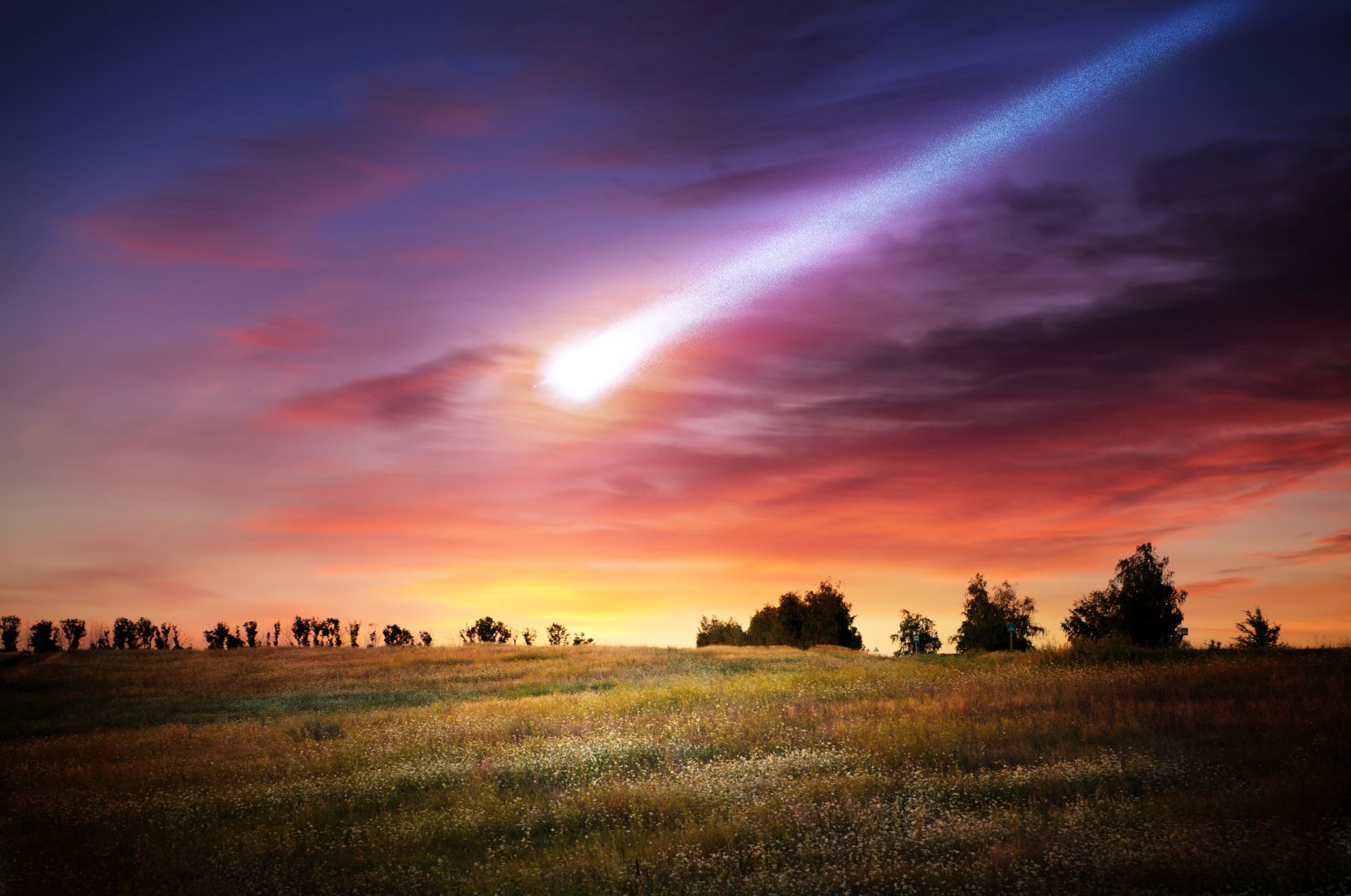 Researchers may have uncovered the earliest evidence of death by meteorite. (Shutterstock Photo)
by DAILY SABAH Apr 26, 2020 2:10 pm

Just think of all the wars and epidemics (smallpox, cholera) this man must have successfully avoided, only to get killed by a flaming rock falling from space

Ever wondered what the odds of being killed by a genuine meteorite is? Science says it is roughly one in 250,000, and in light of recent revelations, it seems that one unlucky man may have been the first to suffer this unfortunate fate two centuries ago.

To make matters more interesting, out of all places in the world, the records of this historical incident were found among Ottoman papers, tucked away in Turkey’s state archives. Researchers attribute the late discovery to the fact that the papers were written in the hard-to-decipher puzzle-like language of Ottoman Turkish.

The three official letters were uncovered by Associate professor Ozan Ünsalan from Ege University, Altay Bayatlı from Trakya University and Peter Jenniskens from the SETI Institute, and the findings were published in Meteoritics & Planetary Science on April 22.

According to the first letter dated September 13, 1888, and sent to the government of Sultan Abdulhamit II by the governor of Sulaymaniyah, the incident happened at around 8:30 p.m. local time on the 22nd day of the same month, with eyewitnesses claiming they saw a fireball in the sky before meteorites rained down on a small village in modern-day Sulaymaniyah, Iraq – at the time a part of the Ottoman Empire. The sultan heard of the incident three weeks later on Oct. 9 after the letter arrived in Istanbul.

That letter also states that another man was also injured and left paralyzed by fragments of the same space object.
The second letter addressed to the sultan asks what should be done about the incident and the third that Ahmet Münir Pasha had sent a letter to the grand vizier with a piece of the meteorite as evidence.

Although there are no remains left from the lethal rock, the researchers say the official documents are convincing enough.

If accepted and verified by the scientific community as a whole, the papers will be the earliest credible evidence of any human being struck, injured and killed by a meteorite.

Until now, only a woman named Ann Hodges had been verified as the only known meteorite strike victim. She was struck by the rock in her side while she was having a nap on her couch after the meteorite came crashing down her roof in 1954. Hodges luckily survived the incident.