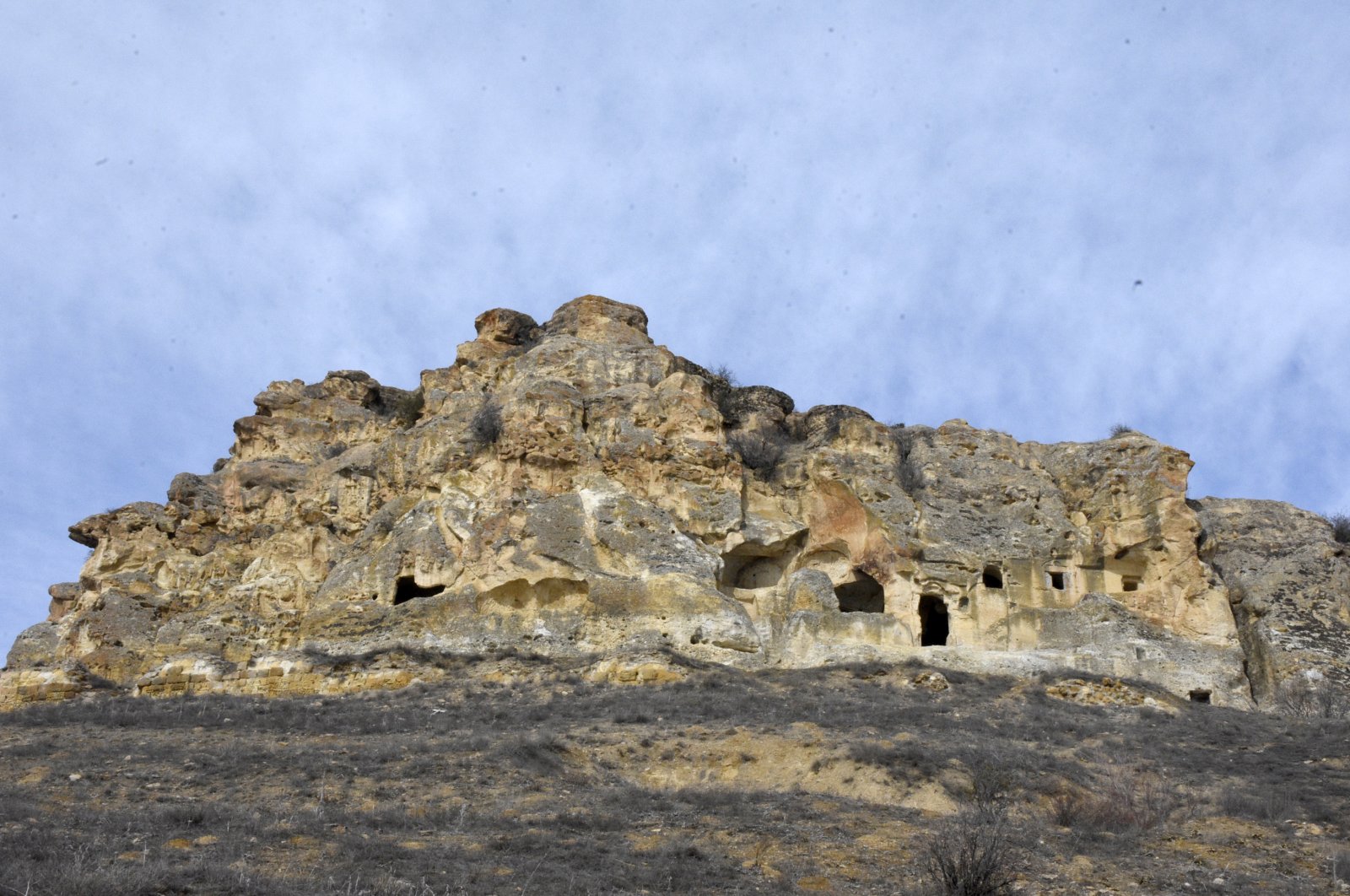 Çakırkaya Monastery – carved out of a 65-meter-high (213 feet) rock mass in the 13th century in the Black Sea region's Gümüşhane province – will be brought into the tourism sector under a TL 1 million restoration project.

Only the chapel and a few smaller spaces are still standing. Eight of the church's carved columns have been destroyed by treasure hunters and the ravages of time.

The damaged columns will repaired and the monastery restored as part of the project by the Gümüşhane Governorate and the Eastern Black Sea Development Agency (DOKA).

Çakırkaya Monastery is similar to the world famous Sümela Monastery in the Maçka district of Trabzon province as it was built through carving into massive rock.

Şiran District Gov. Osman Oğuz Ekşi told Anadolu Agency (AA) that Gümüşhane and Şiran have hosted various faiths since the ancient periods, and the monastery's distinctive architecture makes it an important tourism attraction for the region.

Ekşi said the monastery is also a regional heritage treasure and needs to be protected and open to tourism so others can learn about it. In addition to repairing columns, excavation work will be carried out to unearth the service rooms of the monastery.

Ekşi noted that they expect the monastery – which attracts the attention of domestic and foreign tourists, along with Tomara Waterfall – to make a significant contribution to the region in terms of religious tourism. He added that their ultimate goal is to pass the cultural and historical landmark to future generations, to prevent its destruction and to create a new, frequent destination for tourists in Gümüşhane.

Touching on the similarity of the monastery with Sümela Monastery, Ekşi continued: “Çakırkaya Monastery resembles Sümela Monastery because of its rock-carved structure and nature. We want to open these areas to tourism and get our share of religious tourism in our district, which has been home to various faiths in the past.”