Scientists may have solved mystery behind 2,000-year-old 'computer' 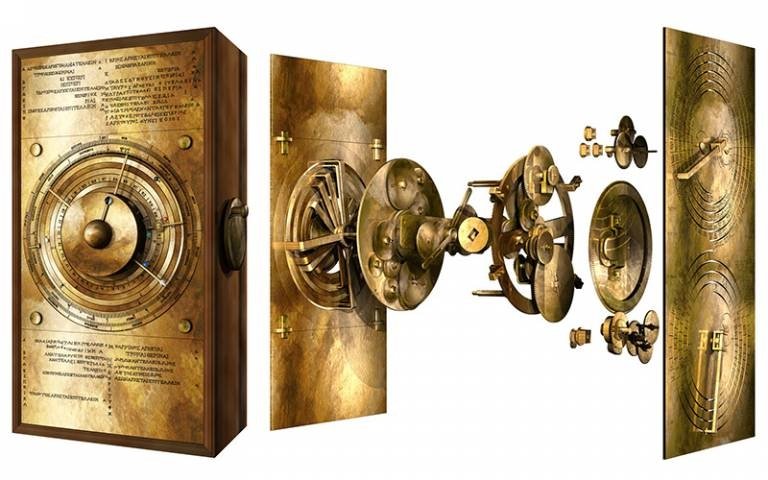 Researchers may have solved the mystery behind the world’s first computer, a 2,000-year-old astronomical calculator found on an ancient ship heading to Rome from Asia Minor, present-day Turkey.

The researchers at University College London recreated the Antikythera mechanism, considered to be the world’s first analog computer, to test their hypotheses on how the machine works, according to a press release by the UCL.

“The 2,000-year-old device was used to predict the positions of the Sun, Moon and the planets as well as lunar and solar eclipses,” the press release said.

Only about a third of the ancient mechanism, split into 82 fragments, has survived, which has made it difficult for researchers to get a full grasp of how it worked.

With the use of technology, researchers were able to use 3D X-rays and surface imaging to show how the mechanism predicted eclipses and calculated the variable motion of the moon.

“Ours is the first model that conforms to all the physical evidence and matches the descriptions in the scientific inscriptions engraved on the Mechanism itself,” lead author Professor Tony Freeth said.

Freeth noted that the team created innovative mechanisms for all of the planets that would calculate the new advanced astronomical cycles and minimize the number of gears in the whole system so that they would fit into the tight spaces available.

“This is a key theoretical advance on how the Cosmos was constructed in the Mechanism,” added co-author, Dr. Adam Wojcik. “Now we must prove its feasibility by making it with ancient techniques. A particular challenge will be the system of nested tubes that carried the astronomical outputs.”

The ancient mechanism was discovered by Greek sponge divers near the tiny Mediterranean island of Antikythera in 1901.

The shipwreck containing the mechanism is considered to be one of the most famous ancient shipwrecks of its kind and contained broken bronze and marble statues, statues and thousands of other artifacts.