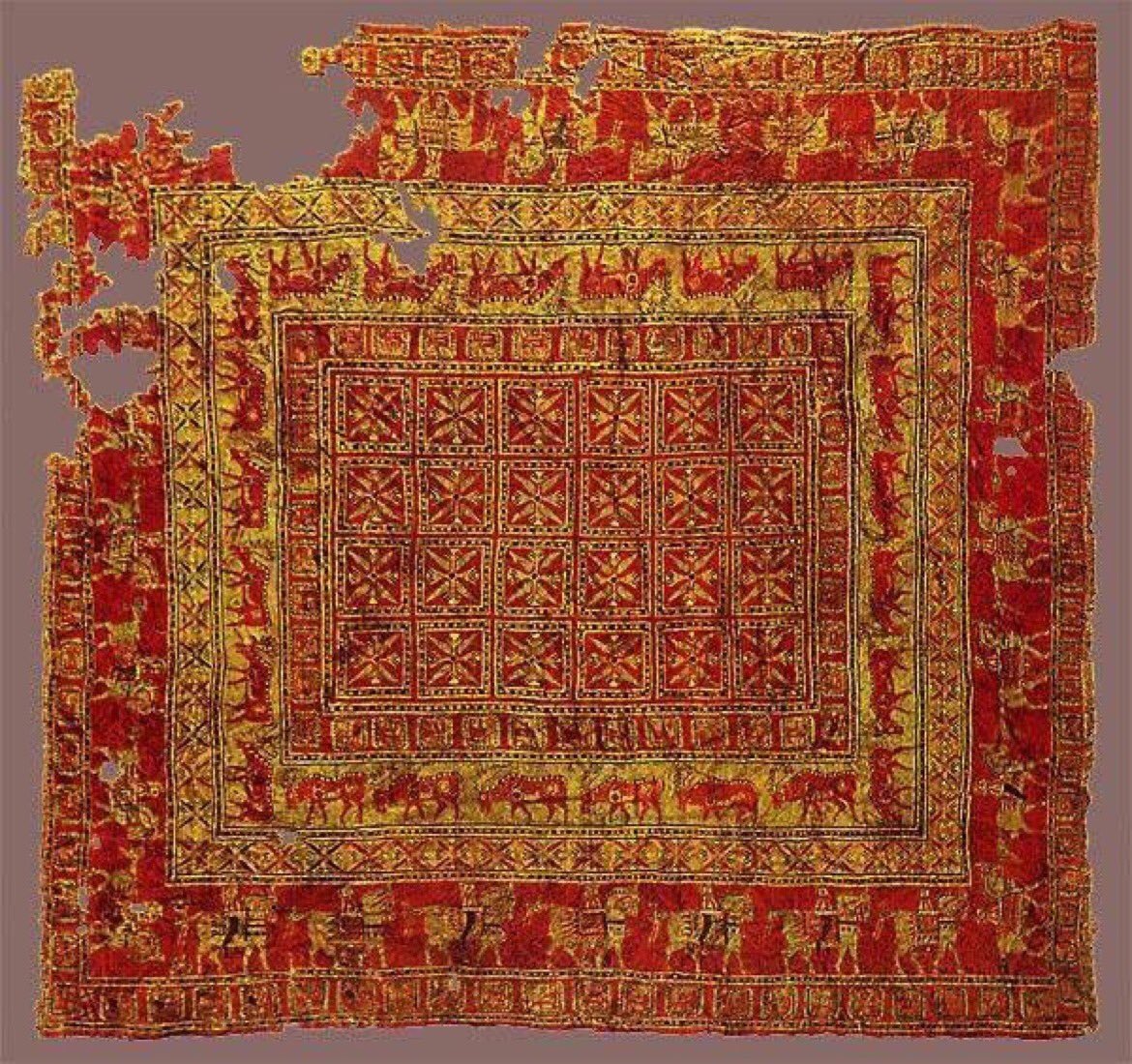 Scientists have finally solved the mystery behind the Pazyryk rug, considered to be the world’s oldest carpet dating back to the 5th century B.C., after almost three decades of research.

Researchers, including Professor Dr. Karl Meblinger from the Institute of Physiology and Pathophysiology at FAU, and x-ray microscopy experts Dr. Andreas Späth and Prof. Dr. Rainer Fink from the Chair of Physical Chemistry II at FAU, analyzed the ancient rug by using the scanning electron microscope (SEM) and came to the conclusion that a special dying technique, involving the fermentation of the sheep’s wool before it was dyed increased the brilliance and longevity of the color, according to the journal Scientific Reports.

The analysis was carried out at the Paul Scherrer Institute in Villegen, Switzerland, and mainly focused on red fool fibers, also known as the pigment “Turkey red,” which has been used by the people in Central Asia and the Far East.

The exclusive color is a metal-organic complex made of alizarin, obtained from the roots of the rose madder and aluminum, according to the research.

“This is by far the earliest example of the fermentation technique and provides an insight into the already highly-developed techniques used by textile craftsmen and women in the Iron Age,” Dr. Spath said.

In 1991, Dr. Meblinger received a sample of the ancient carpet, which is currently kept at the State Hermitage Museum in St. Petersburg, Russia, and had been trying to figure out how the ancient carpet’s colors have been preserved despite centuries.

He noted that traditional Anatolian textile craftspeople were familiar with the technique, which involved spreading the dyed wool out on a field for several weeks in direct sunlight, followed by putting it in a barn as bedding for their animals before rinsing it out in a stream or river.

“Only fermented wool retains its color without any significant bleaching,” Meblinger said.

The researchers successfully proved the effect of fermentation by comparing the fluorescent images with those of samples of wool they fermented and dyed themselves.

The Pazyryk rug was found in the grave of a Scythian nobleman near the Altai Mountains in Kazakhstan in 1949. It had been very well preserved as it was frozen when it was found.