Secrets of Isaura ancient city waiting to be unearthed 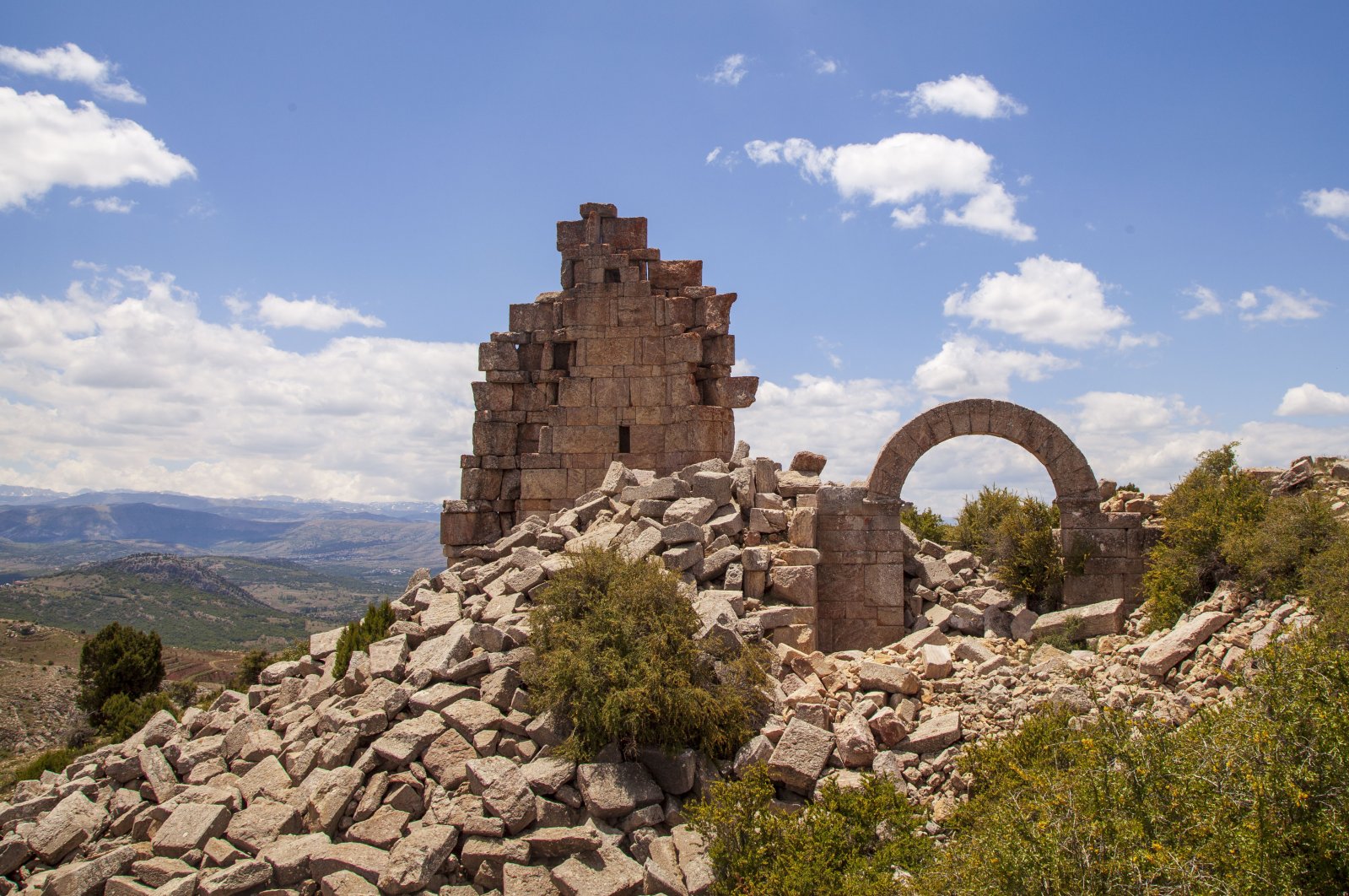 The ancient city of Isaura captures the imagination with its walls and bastions, parts of which have survived to date. (AA Photo)
by Anadolu Agency Jun 23, 2020 11:59 am
Edited By Irem Yaşar
RECOMMENDED

The ancient city of Isaura, home to the Zengibar Castle, welcomes visitors to Turkey's central Konya province with its impressive walls, bastions, theater, triumphal arch and rock tombs. The ancient city, described as the "Ephesus of Konya," holds the potential of becoming a prime site for local and foreign visitors once more of its historical riches are unearthed.

The Zengibar Castle was built at a strategic point, at an altitude of 1,850 meters (6,070 feet) in the Taurus Mountains, between the present-day neighborhoods of Hacılar and Ulupınar in the Bozkır district. The fortress was used by the Hittites, Persians and Romans, located in the ancient region of Lycaonia. The castle is one of the most important examples of Roman stonemasonry. One part of its wall and bastions, which surrounded the ancient city of Isaura, still stands.

Visitors today can drive to Isaura from the Hacılar neighborhood via the Konya-Bozkır road. A 4-meter-high gate topped by an arch welcomes visitors into the ancient city, which was inhabited by 10,000 people during the Roman period. The gate was constructed between two towers, one of which has been completely destroyed, in a pentagonal and hexagonal architectural structure to the south of the castle.

If you follow the main street after entering through the gate in the south, you will reach the triumphal arch and the basilica, the largest building in the city, which was later used as a church. Some of the stones in the city feature many stone rubbings of images such as wreaths, helmets, knee pads, swords, shields and arrows.

The stones used in the construction of the castle's 3.5-meter-thick fortifications were brought from the stone quarry at the summit of the mountain. How these large, rectangular stones were cut to millimetric perfection thousands of years ago remains a mystery.

Experts believe a wealth of valuable artifacts lie beneath the surface of the ancient city, waiting to be discovered through excavations and restoration work. In an interview with Anadolu Agency (AA), Hacılar neighborhood headman Hüseyin Bardakçı said that despite the destruction the ancient city has gone through, most of the castle ramparts and churches have survived until recently.

Bardakçı said tourists coming to the ancient city want Isaura to be completely unearthed. “First of all, archaeological excavation must be carried out here. The region can be an important destination with its magnificent structures unearthed. The ancient city can attract more visitors," he said.