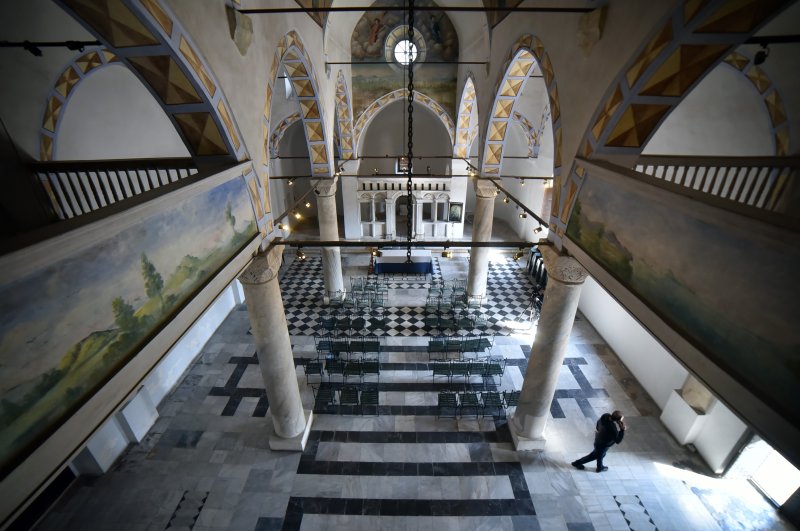 Located in the Tarsus district of southern Turkey's Mersin, the Church of St. Paul and St. Paul's Well are on UNESCO's World Heritage Tentative List. The sites are expected to draw at least 200,000 tourists this year.

According to Mersin’s tourism data for 2019, a total of 53,736 domestic and foreign tourists visited the Church of St. Paul and St. Paul's Well in the district, the birthplace of St. Paul, also known as Paul of Tarsus or Paul the Apostle.

Tourists have taken a lot of interest in the area since the church is of great importance to the Christian world. The well in the courtyard is said to be the location of the house where St. Paul lived. Both were included in UNESCO’s World Heritage Tentative List back in 2000, under the name of “St. Paul Church, St. Paul's Well and surrounding historic quarters.”

The ceiling of the central nave of the church follows both Catholic and Orthodox architectural styles. It features frescoes of Jesus Christ and four apostles – Yohannes, Matthias, Marcos and Lucas – on the sides. It was also occasionally used for religious rituals.

In an interview with Anadolu Agency (AA), Tarsus Mayor Haluk Bozdoğan said the city, with a history dating back nearly 10,000 years, houses important works that bear the traces of many civilizations, from the Hittites, Byzantines and Anatolian Seljuks to the Ottomans.

He said the Church of St. Paul is one of the most important religious tourism centers in the Eastern Mediterranean and Çukurova region. “In 2000, we were put on the UNESCO World Heritage Tentative List. The process has been going on for 20 years now and a UNESCO delegation, accompanied by a team from the Culture and Tourism Ministry, has since visited our city for a few days every year. St. Paul holds an important and meaningful place in this city.”

Bozdoğan noted that the district is like an open-air museum because of structures like the mausoleum of Danyal, Cleopatra's Gate, Donuktaş (literally Pale Stone) Roman Temple, and Eshab-ı Kehf Cave (the Cave of the Seven Sleepers).

According to Bozdoğan, the Church of St. Paul is significant because it is a connection between Mesopotamia to Anatolia. “We need to introduce such a city to Turkey and the entire world,” he said. Bozdoğan added that they plan to accelerate promotional activities to that end.