Storytime: Istanbul and cats – bound together since Byzantine times 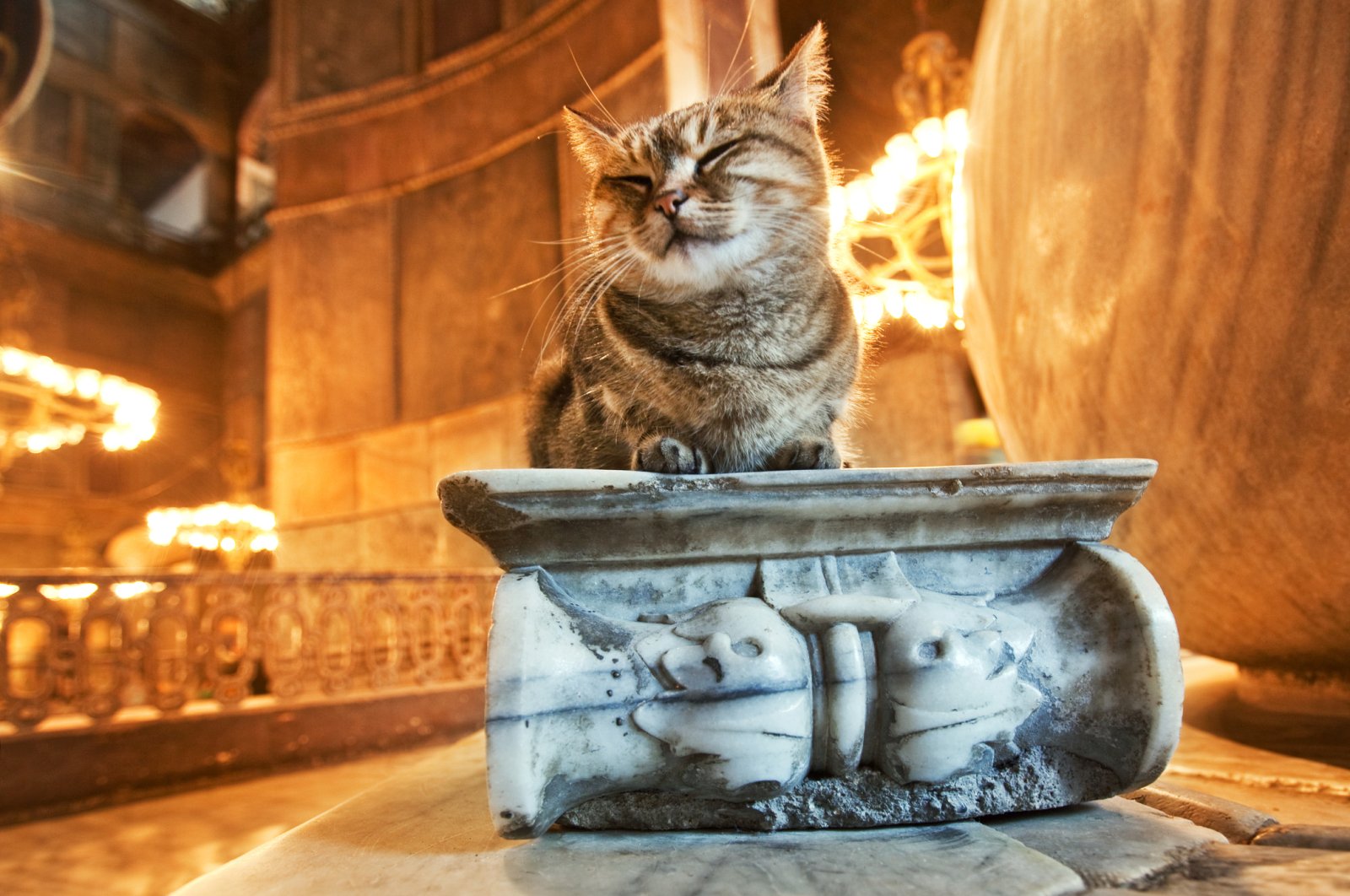 Like this cat that frequents Hagia Sophia, strays have always been welcomed in Istanbul. (iStock Photo)
by Daily Sabah with DHA Jun 18, 2020 3:00 pm
Edited By Yasemin Nicola Sakay
RECOMMENDED

While digging deep underground as part of the construction of Istanbul’s intercontinental commuter train the Marmaray, a collection of cat bones was the last thing one team of municipal employees expected to find.

Over the course of 10 years of digging, which commenced in 2004, workers had, of course, come across dozens of animal bones, but these skeletal remains stood out from the rest. Were these skeletons in the closet from Byzantine times? Or were they not as sinister as they seemed?

To shed light on the mysterious burials and put conspiracy theories to rest, researchers from Istanbul University-Cerrahpaşa's (IUC) Veterinary Faculty took some of the remains in for closer examination at labs in the school's Avcılar campus.

The teams revealed two important pieces of historical information: That there was a vicious battle between the papacy and cats that resulted in a sort of medieval purge of the creatures, and that the Byzantines actually went against this order and chose to protect them.

Osteoarchaeologist professor Vedat Onar said their findings showed that cats that lived in Istanbul (or Constantinople, as it was known at the time) during the Byzantine era lived in pretty good conditions compared to those in Europe and had no pathological disorders. The bones, it seems, were most likely there because it was a designated burial site.

The head of the Department of Veterinary Medicine History and Deontology, professor Altan Armutak, who also took part in the study, said their research led them to fisheries. They discovered that in the Byzantine era in Istanbul, especially in and around Kumkapı, Yenikapı and Aksaray, there were many fishmongers who fed the strays that couldn't resist the enticing smell of the fresh fish of the Bosporus.

“Actually in those times, there was an aggressive attitude in Europe toward felines, which we trace back to the beginning of the 11th century. A papal decree issued at the time declared cats as harmful creatures on the grounds they were hell's earthly representatives and in league with the devil. In this period, we also witness the burning of thousands of cats across Europe. Accused of practicing witchcraft, old ladies were burned at the stake inside bags stuffed with cats. We also see (from historical accounts and evidence) that cats were put into bags, beaten with sticks and then hung on tree branches to be burned from below, with people believing that the cries of cats warded off the devil himself."

Armutak says the period marked a deeply shameful one in human history: "There were practically no cats left in Europe and unfortunately, as a result, the number of rats multiplied and a series of deadly plague outbreaks occurred between the years 1300 and 1500. Cats, in a way, were insurance against the plague. The plague could not spread unless rats get a hold of human food."

Pope Gregory IX’s infamous first decree, the "Vox in Rama" ("Voice in Rama") even made it obligatory that cats be exterminated on sight. The papacy based its order on the ignorant notion that the tapetum lucidum, the layer of tissue in cats' eyes that makes them look as though they glowed at night, occurred because "the devil was looking at the world at night through their eyes," Armutak explained.

"We see that the Byzantine merchants who descended to the south and were in constant contact with Syria kept cats as pets, fed them and saw that they kept the mice away. As a result, we see an empire that turned its back on Europe. The cat skeletons found in excavations clearly reflect this. Unlike Europe, cats in Byzantium were cared for and fed at homes and in shops. ... (This is also why) there weren't plagues that lasted months and years in Byzantine lands," he said.

Armutak says this apparent breakaway was likely due to the influence of Islamic culture, and in particular, the Prophet Muhammad's animal-loving nature and efforts to protect their welfare. Cats are considered the "quintessential pet" by Muslims.

Pointing out that the prophet had his own furry friend named Muezza, Armutak said his love for cats and animals, in general, was adopted by Arabs and became more ingrained in culture and tradition during the Rashidun era. Arab trade caravans and warriors who traveled to the north brought along with them many cultural norms, phrases and items related to their love of cats, which contributed to a change of heart in the Byzantines.