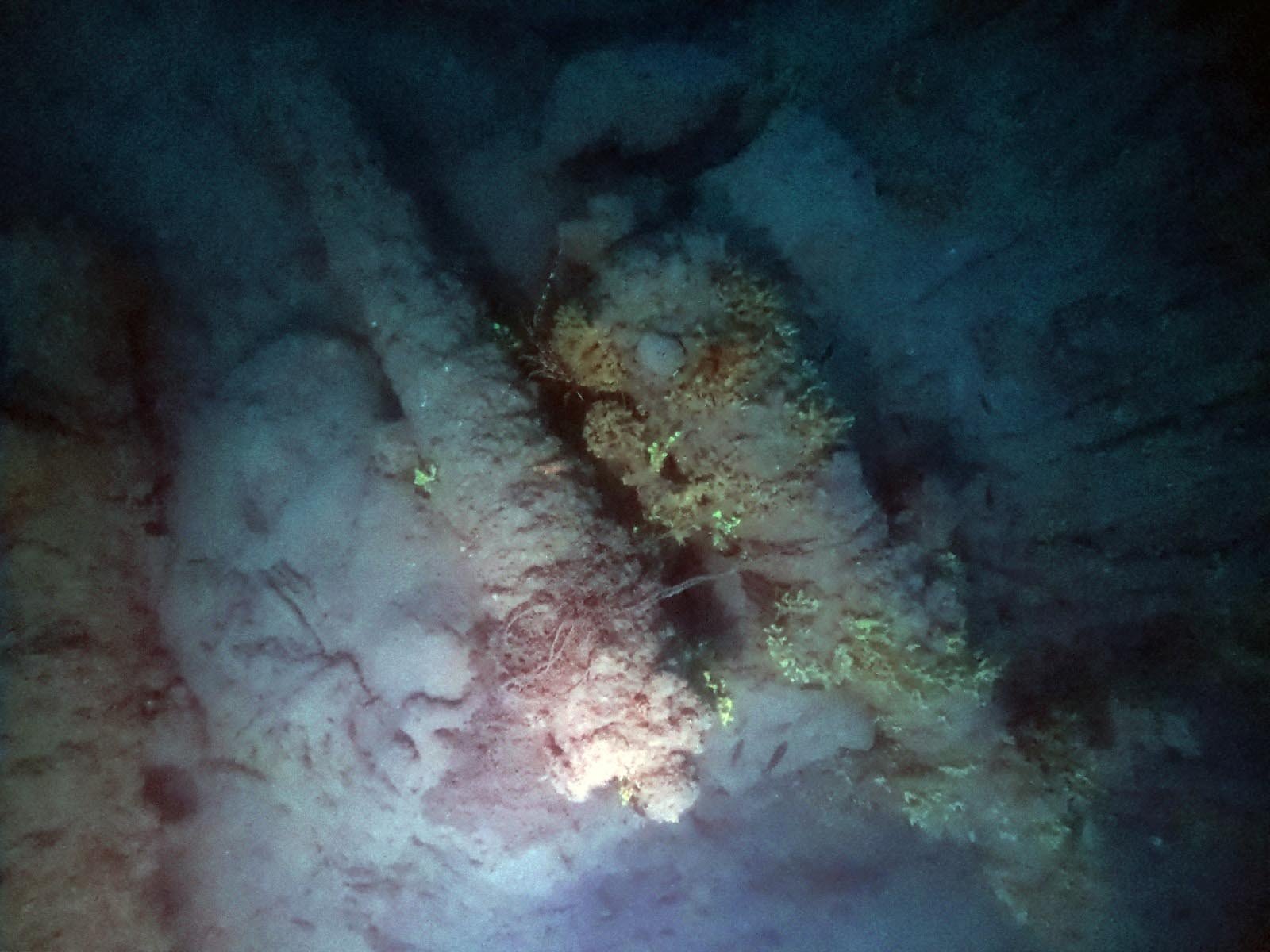 Ancient history lies beneath the blue waves of the Aegean and the coasts of Izmir host many pieces of it. The latest piece to see daylight was the remains of a historical warship, thought to be from the 18th century, discovered on the seafloor off the coast of Foça, a district of Izmir in western Turkey.

The sunken ship, which is thought to be 250 years old, has been added to the growing inventory created for the ongoing research at Dokuz Eylül University's (DEÜ) Institute of Marine Sciences and Technology. The research is supported by the Presidency of Strategy and Budget and is called the "Inventory of Turkish Sunken-Ships Project: Blue Heritage (TUBEP)."

The wreckage was found by the research vessel, Koca Piri Reis, using a remote-controlled underwater robot with sonar technology. The vessel takes its name after the famous 15-century Ottoman admiral and cartographer Piri Reis. He is best known for his world map, which is the oldest Turkish atlas showing the New World.

Researchers studied the surrounding seafloor and discovered wood that originally belonged to the ship's hull as well as brown ceramic kitchenware of Italian origins. The findings, such as plates, pitchers, pipes and parts of wooden reels, have been handed over to the Bodrum Underwater Archeological Museum.

With this discovery, five sunken warships have been found in the Izmir area, which was an important naval base during the Ottoman-era. The ship's origin and purpose remain unknown as research continues.

DEÜ President, professor Nükhet Hotar said the first national Turkish project to research the inventory of underwater shipwrecks begun in 2005, with the support of the Scientific and Technological Research Council of Turkey (TÜBİTAK). As part of these projects, the Koca Piri Reis has achieved some significant successes.

Hotar said the Koca Piri Reis research vessel played important roles under the Turkish flag over the past several years, but it now serves the Blue Heritage Project.

She added that the underwater studies were done by DEÜ scientists, with the help of the Koca Piri Reis Vessel. "All of these studies are domestic, national and they are the first of their kind," she said.

Touching on the shipwreck off the coast of Foça she said: "To be able to reach the wreckage and see its details is very exciting. We know that there were no historical naval battles in the area, so to find a sunken warship in here can perhaps offer an insight into our history," she said.

Associate professor Harun Özdaş, another faculty member at the Institute of Marine Sciences and Technology at DEÜ, said the team of scientists, including Faculty Member and Geophysics Engineer Nilhan Kızıldağ and the project representative from the Ministry of Culture and Tourism Emre Savaş, had achieved an important and historical landmark.

Özdaş said the wreckage found in Foça was a complete surprise. "In Ottoman records, there is no mention of a naval battle in this area. In the research we conducted, we have found well-preserved remains of a warship at a depth between 50 and 55 meters."

"The ship contains 20 bronze and iron cannons, a large number of round shots and kitchenware, we have also located and identified pieces of the ship's main hull. The ship's dimensions are around 25 meters by 7 meters, but it is currently scattered over a 250 square-meter area. It was probably sunk in a conflict in the area toward the end of the 18th century."

Özdaş said they found cups of both Ottoman and Italian origins in the ship. "There are several theories regarding the ship's identity. It may be a pirate ship or a ship that was sunk during a conflict between the Ottoman Empire and Italy. We don't often find warships outside war zones. This finding will give us valuable and detailed information related to the historical daily life, shipbuilding technologies and the distribution, areas of use and shapes of military ammunition," he said.

He pointed out that Foça had been an important naval base in the Ottoman-Era. "In those times logistical support for many wars was provided from Foça. With this wreckage, Izmir now sits at the center of military history and ships. When we add this wreckage to the ones found near the Islands of Çeşme and Koyun, Izmir becomes our most populated city, in terms of shipwrecks. It puts İzmir in the foreground of the history of naval warfare," he said.

Özdaş added that Turkey is the capital of the world's underwater cultural heritage. He said it is possible to trace history, all the way to the Bronze Age, on the shores of modern-day Turkey.