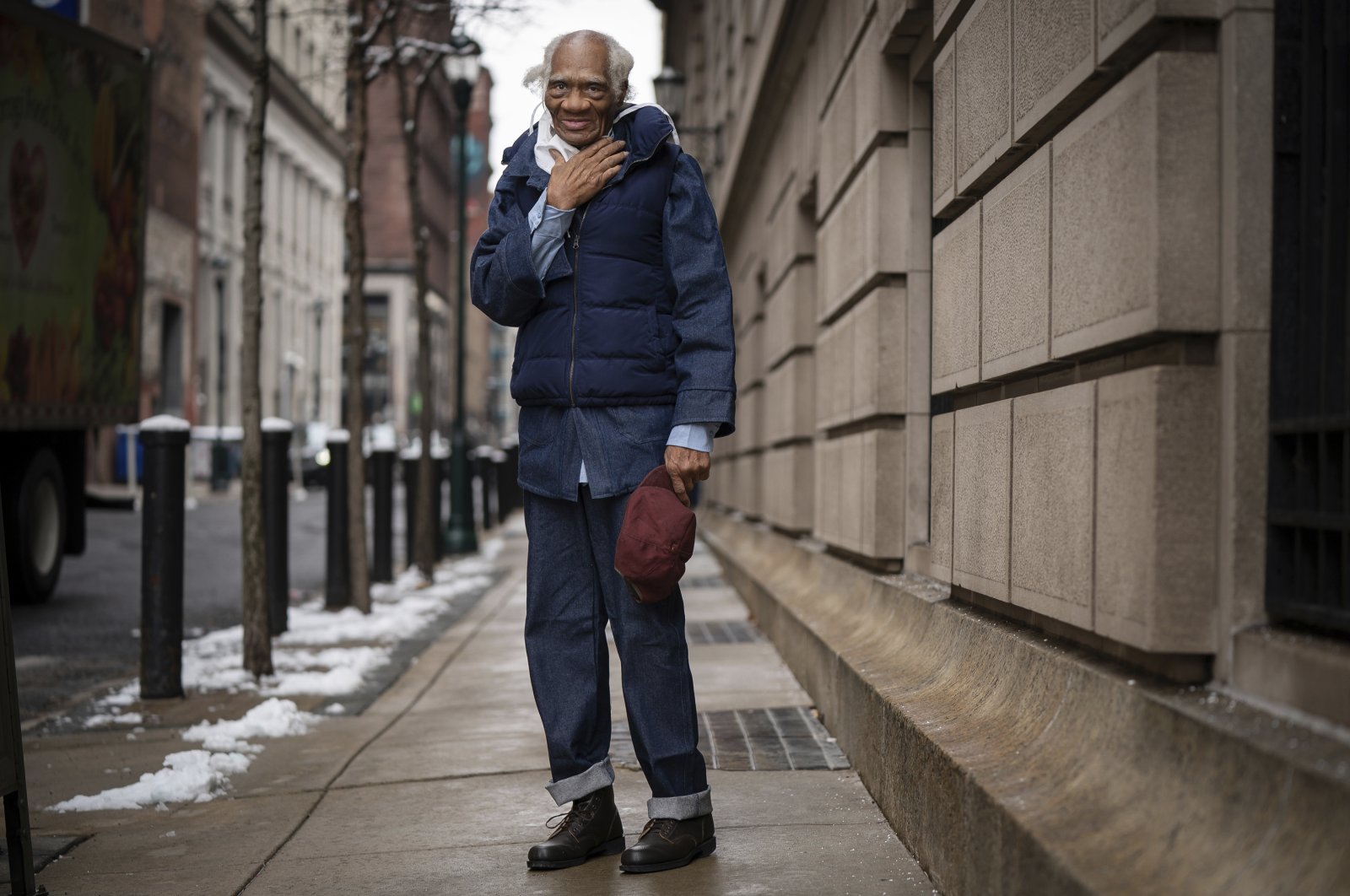 Joe Ligon, the oldest juvenile lifer of the US, stops for a portrait outside his lawyer's office, in Center City, Philadelphia, Feb. 11, 2021. (The Philadelphia Inquirer via AP)
by DAILY SABAH Feb 18, 2021 2:42 pm
RECOMMENDED

The oldest and longest server of a juvenile mandatory life sentence in the United States has been released after spending 68 years behind bars in a Pennsylvania prison.

Joe Ligon was sentenced to mandatory life in prison on Feb. 1953 when he was only 15 years old. He and four other teenagers were caught after a robbery-gone-wrong. Two people, identified as Charles Pitts and Jackson Hamm by the Philadelphia Inquirer, died in the ordeal and six people were wounded. Ligon pleaded guilty, although he maintained that he didn't kill anyone.

So began a nearly seven decades-long period in prison for Ligon. Although there were several opportunities over the years that made him eligible for parole, Ligon rejected all of them.

In the 70s, he and the other teenage convicts of the case were given the option of clemency, which is the granting of leniency for punishment, which was essentially a pardon in this case. Two of Ligon's accomplices took the opportunity but Ligon rejected, again.

Then in 2017, the U.S. Supreme Court deemed mandatory juvenile life sentences unlawful, a decision that was applicable retroactively and affected some 2,500 juvenile lifers. Six months later, Jackie Lee Thompson became the first juvenile lifer in Pennsylvania to be released under the new court ruling at the age of 61. Thompson had spent 46 years behind bars for killing his girlfriend while rabbit hunting in 1969 when he was 15 years old, according to The Associated Press (AP).

Ligon again had the chance of attaining freedom with parole, and he again rejected stating it was not the kind of freedom he desired, being under supervision for the remainder of his life.

After so many years, Ligon's attorney Bradley Bridge finally managed to bring the case to a federal court and succeeded in his plea that a mandatory life sentence for a crime committed as a juvenile was unconstitutional. Thus, Ligon regained his freedom under the conditions he desired.

"The child that committed those crimes back in 1953 no longer exists. The person that came out of prison in 2021 is 83 years old, has grown, changed, and is no longer a threat," Bridge told Cable News Network (CNN). "He has amply repaid society for the damage and harm that he did. And now, it's appropriate that he spends the last years of his life in freedom."

The new challenge for Ligon is reentering society. He has been receiving help from John Pace, a former inmate like Ligon and reentry coordinator for the Youth Sentencing & Reentry Project (YSRP) in Philadelphia.

Ligon stated that he wanted to help other people and share his story so that others could learn from his experience.

"I'm really looking forward to pleasing people and help people the way they're helping me," Ligon told CNN, adding that he was "meeting some of the younger generation, with some of the older generation, and some of the reporters ... to share some of my story."

Concerning his release and newfound freedom, Ligon had one simple word: "Beautiful."