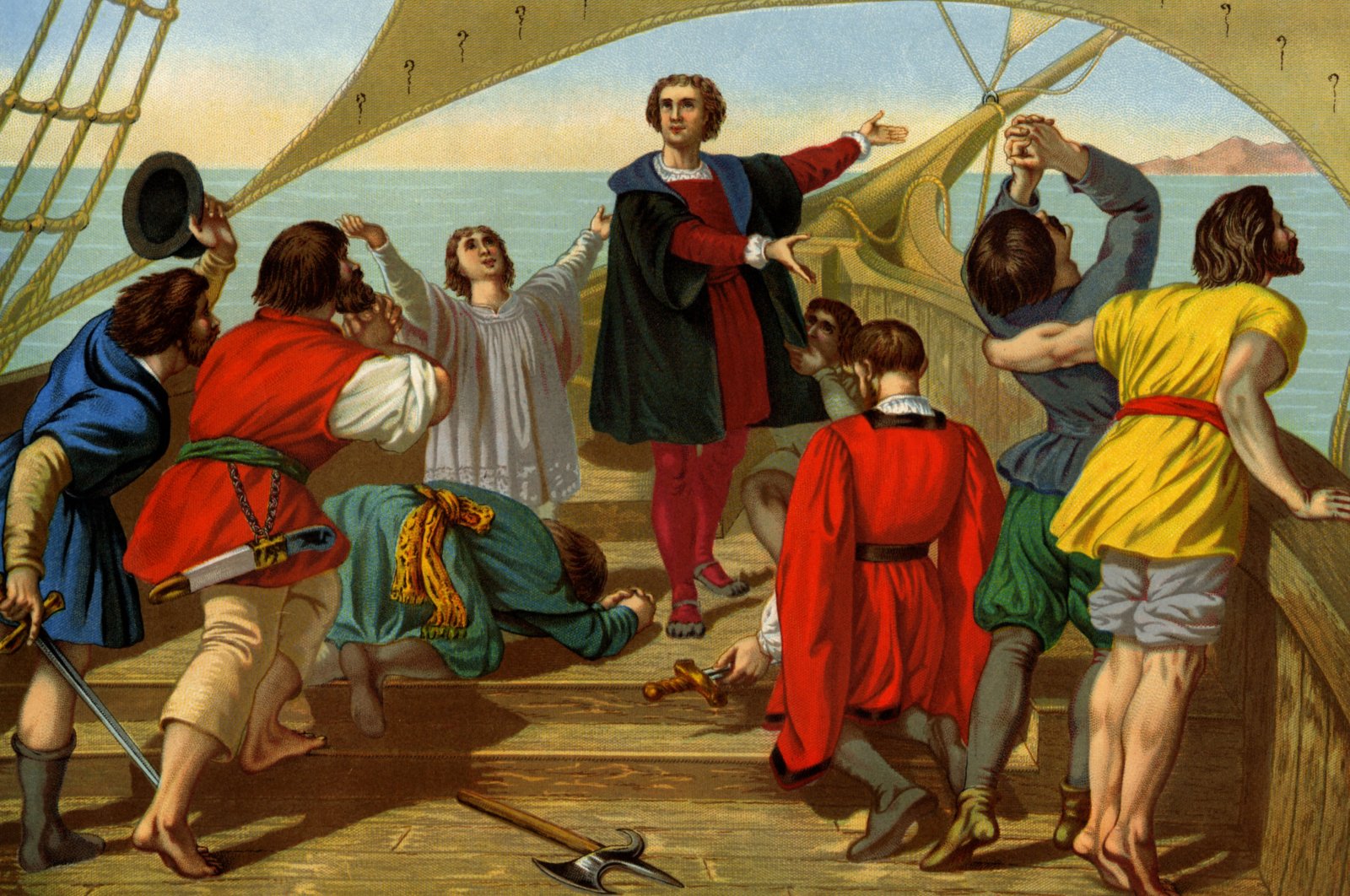 A 19th-century lithograph painting depicts Christopher Columbus (C) and his crew aboard the Spanish vessel Santa Maria, reacting to seeing North America for the first time in 1492.
by Associated Press
May 19, 2021 4:03 pm

History is a dark sea where navigation is hard, as our knowledge has to rely on records, which are sometimes unreliable. However, we have science on our side and the latest mystery that science is about to crack may be the origins of the famous explorer Christopher Columbus.

Was Christopher Columbus really from Genoa, in Italy? Or was he Spanish? Or, as some other theories have it, was he Portuguese or Croatian or even Polish?

A definitive answer to the question of where the famous explorer came from could be just five months away as international scientists on Wednesday launched an effort to read the DNA from his remains and identify his geographic origin. Their findings are to be made public in October.

Knowledge of the 15th-century navigator's early life is scant. A major breakthrough in establishing a fuller profile of the man who died 515 years ago came after DNA tests in 2003 established that bones in a tomb in the cathedral of Seville were those of Columbus.

However, after that discovery, the research team from Spain's University of Granada that is leading the Columbus research decided to halt its investigation. The reason: DNA technology at the time was neither accurate nor reliable and required a significant amount of genetic material.

After leaps in the sophistication of DNA testing in recent years, gene geography may now ascertain the rough area of a European person's ancestry.

Jose Antonio Lorente, a professor of forensic medicine at Granada University, said there has been a "radical" improvement in DNA analysis, which now permits tests on very small fragments.

The fragments are being sent to genetic identification laboratories in Rome and Florence in Italy, Mexico and the United States, Lorente told an online press conference.

Lorente said he believes the generally accepted theory that Columbus was from Genoa, but the project aims to resolve some "mysteries ... and contradictions" in the historical record and obtain "as much information as possible ... so that there is no argument."

Granada University on Wednesday was hosting what it called the first world meeting of Columbus researchers, who are presenting evidence for their different theories about the explorer's origins.

Columbus's four transatlantic voyages on behalf of the Spanish monarchs between 1492 and 1504 opened a door to Europe's colonization of the Americas, then known as the New World.

Columbus died on May 20, 1506, and was buried in the Spanish city of Valladolid, though he had asked to be buried in the Americas.