Indoor gardening: 11 plants that can thrive in your bathroom 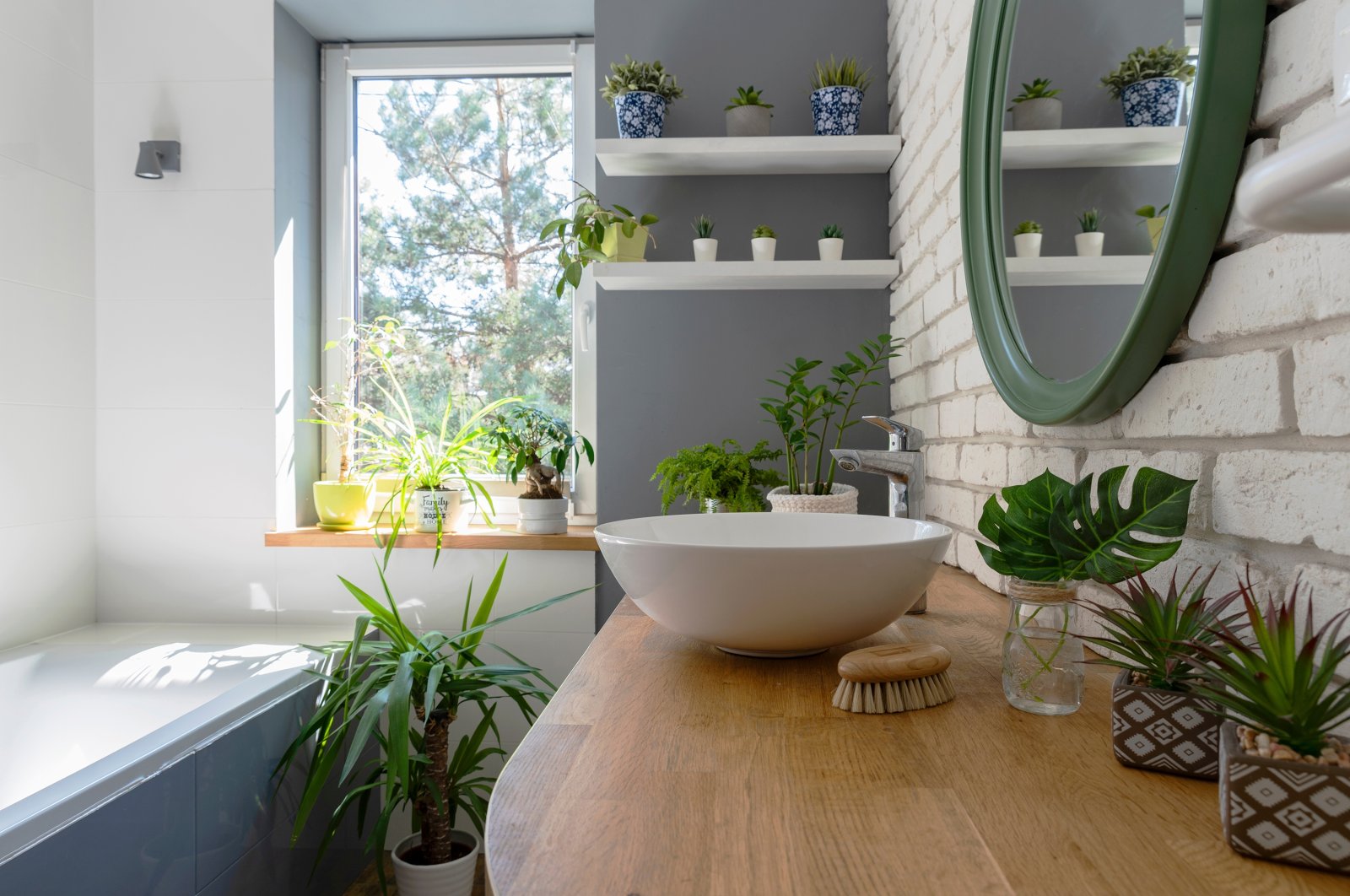 By choosing the correct plants, you can turn your bathroom into your own luscious jungle. (Shutterstock Photo)
by German Press Agency - DPA Jan 13, 2021 11:05 am
Edited By Yasemin Nicola Sakay
RECOMMENDED

Bathrooms tend to be fairly functional places, designed primarily to cater to personal hygiene. However, the dreary, wet, moldy cells of yesteryear are increasingly becoming a thing of the past, and their furnishings have changed considerably in recent years.

"The bathroom has long since ceased to be merely a place for basic functions," says interior design expert Jan Kurth, who works with Germany's Furniture Industry Association. "They're now expected to create a cozy ambiance with lifestyle character."

Nature – in the form of houseplants – is playing an important role in making the modern bathroom a place of peace and relaxation, not just of getting clean. But which ones are best suited to that environment?

"Used correctly, plants can transform a bathroom into an oasis of well-being, especially in the dark winter months," says Christian Engelke, a specialist in hydroponics and indoor plants.

Many homeowners fear that houseplants cannot cope with the extreme differences in temperature or the large amounts of water vapor that are typical of bathrooms. But Engelke says these concerns are groundless.

"If you are lucky enough to have a large bathroom window that allows in a lot of light, you can put almost any plant in the bathroom – apart from cacti," he says.

Plant lovers can really let off some steam in bright, warm, damp rooms and combine different plants. "Ferns like Nephrolepis or the Staghorn fern work particularly well in the bathroom," Engelke says. The tropical plant is appealing because of its long fronds, which, when used lavishly, create a jungle feeling.

This also applies to marantas, whose elongated oval leaves grow to around 20 centimeters (about 8 inches). Palm trees, orchids and aloe also feel at home in light, humid rooms.

Light is important, but not everything

If you only have a small bathroom window that doesn't let in much light, you'll need to think a bit more carefully about which plants to choose. "But there are plants that like less light," says Engelke.

Some varieties of dracaena trees, for example, will do well in these conditions. "Members of the spathiphyllum family, such as the peace lily, are quite robust and look fantastic in the bathroom," he suggests.

Philodendron and monstera (Swiss cheese plant) are also recommended. Another option is zamioculcas, which can thrive in very little light.

If you have less space, simply drape the smaller plant pots between the bathroom utensils on shelves or use the edge of the bathtub. Tillandsias are particularly space-saving.

These small, herbaceous plants do not need a nutrient medium, but simply an object which they can hold onto. They draw water and nutrients from the air and can be simply tied to a branch or stone, put in a small plant pot, or allowed to hang from the ceiling.

Even small succulents become eye-catching when there are several of them in a plant pot or hanging from the bathroom ceiling in pots or planters. If you have an empty wall, you could mount several wall vases and fill them with Tillandsias, succulents or small hanging ferns.