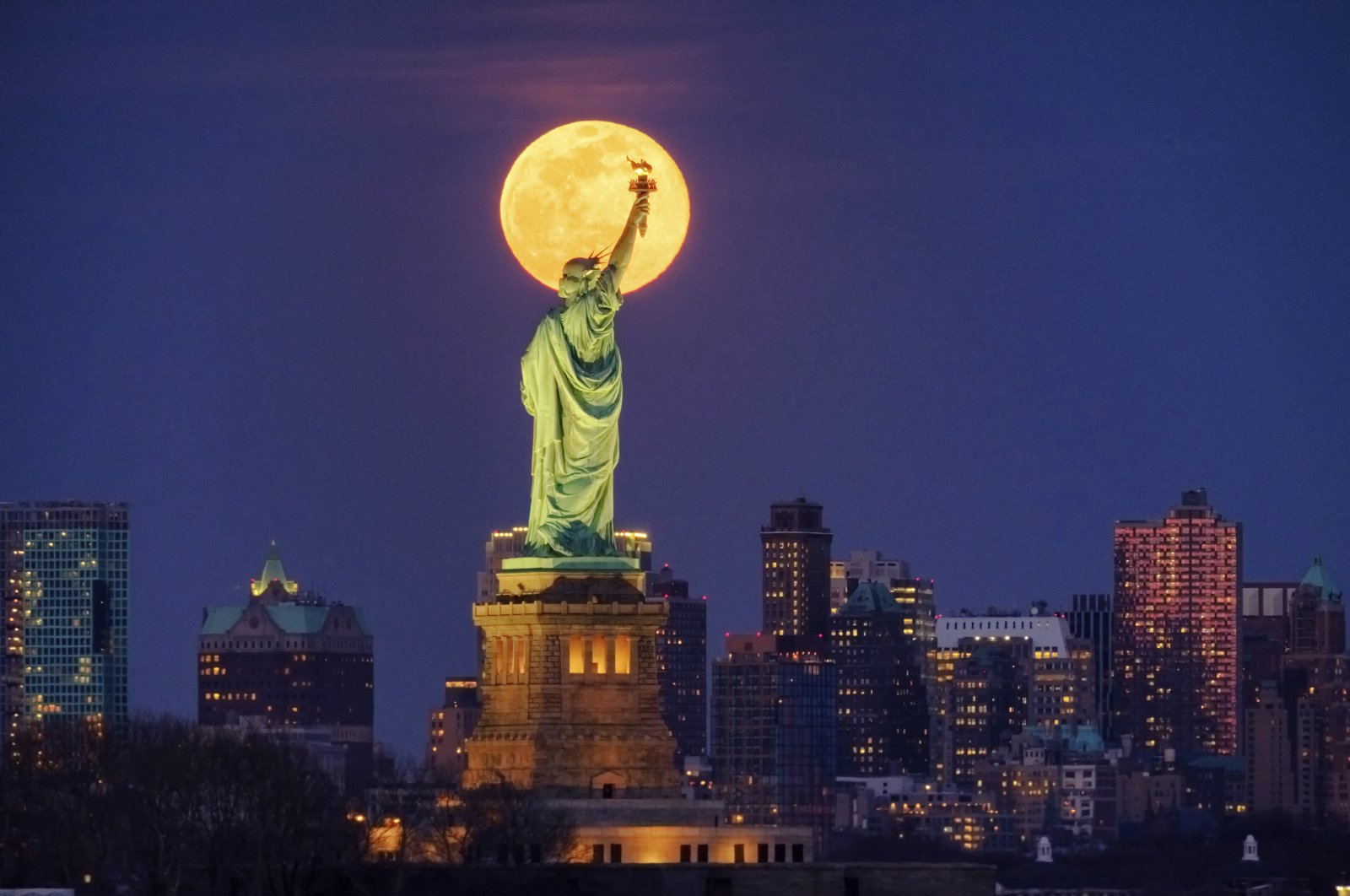 It starts with a few people letting loose with some tentative yelps. Then neighbors emerge from their homes and join, forming a roiling chorus of howls and screams that pierces the twilight to end another day’s monotonous forced isolation.

From California to Colorado to Georgia and upstate New York, Americans are taking a moment each night at 8 p.m. to howl in a quickly spreading ritual that has become a wrenching response of a society cut off from one another by the coronavirus pandemic. The nightly ritual even seems to have caught up with the U.S.' neighbor Canada, where community howls have formed in places like Edmonton.

They howl to thank the nation’s health care workers and first responders for their selfless sacrifices, much like the balcony applause and singing in Italy and Spain. Others do it to reduce their pain, isolation and frustration. Some have other reasons, such as to show support for the homeless.

In Colorado, Gov. Jared Polis has encouraged residents to participate. Children who miss their classmates and backyard dogs join in, their own yowls punctuated by the occasional fireworks, horn blowing and bell ringing.

“There’s something very Western about howling that’s resonating in Colorado. The call-and-response aspect of it. Most people try it and love to hear the howl in return,” said Brice Maiurro, a poet, storyteller and activist who works at National Jewish Health.

The nightly howl is a primal affirmation that provides a moment’s bright spot each evening by declaring, collectively: We shall prevail, said Dr. Scott Cypers, director of Stress and Anxiety programs at the Helen and Arthur E. Johnson Depression Center at the University of Colorado Anschutz Medical Campus. It’s a way to take back some of the control that the pandemic-forced social isolation has forced everyone to give up, Cypers said.

“The virus’ impact is very different for everyone, and this is a way to say, 'This sucks,’ and get it out in a loud way,” Cypers said. “Just being able to scream and shout and let out pent-up grief and loss is important. Little kids, on the other hand, are really enjoying this.”

Maiurro and his partner, Shelsea Ochoa, a street activist and artist, formed the Facebook group Go Outside and Howl at 8 p.m. The group has nearly half a million members from all 50 U.S. states and 99 countries since they created it as Colorado's shelter-in-place order went into effect last month.

“We wanted to do this mostly because people are feeling isolated right now,” said Ochoa, 33, who works at the Denver Museum of Nature & Science. “I think it hit on something others needed.”

In California, friends and family of Ochoa’s would howl at sunset; in Brazil, where she lived recently, residents would cheer at sunset. Maiurro, who also works at National Jewish Health, and fellow poets would howl at the moon during back-alley poetry readings in Boulder.

“There’s no wrong way to do it,” said Ochoa. “People can subscribe any kind of meaning they want to it.”

The couple suggests different themes for the evening howls, such as a recent “The Day of I Miss You.”

Health care workers are grateful for the support — and the nightly moment’s relief from the stresses of their work.

Jerrod Milton, a provider and senior vice president of operations at Children’s Hospital Colorado, makes it a point to step outside at 8 p.m. each evening.

“It not only inspires me with a sense of solidarity and appreciation, but it makes me laugh a little each day,” Milton said. “I cannot tell the difference between the howls coming from fellow humans and those instinctively coming alongside from our canine neighborhood companions.”

In downtown Los Angeles, thousands of people yell, scream, cheer, applaud and flashlights from their apartment balconies and windows, thanks in large part to Patti Berman, president of the Downtown Los Angeles Neighborhood Council, who promotes the ritual conceived by council communications director Marcus Lovingood.

“I never believed it would take off like this,” said Berman, who in her 70s is staying inside her apartment in deference to the health concerns of her family.

Berman’s concerns are for the homeless on LA’s Skid Row, the struggling family-owned small businesses, the people she’s used to meeting and helping face-to-face in her 15 years on the council.

“These people are my stakeholders and my job — and this is where the howl comes in — is to let them know that we haven’t disappeared. To preserve the human contact,” she said.

Organizers say restoring and keeping that contact through such extreme adversity will be an achievement to look back upon when the crisis eventually passes.

“When people look back on this and with so many sad stories, hopefully, they’ll also remember this as one of the good things,” Ochoa said.