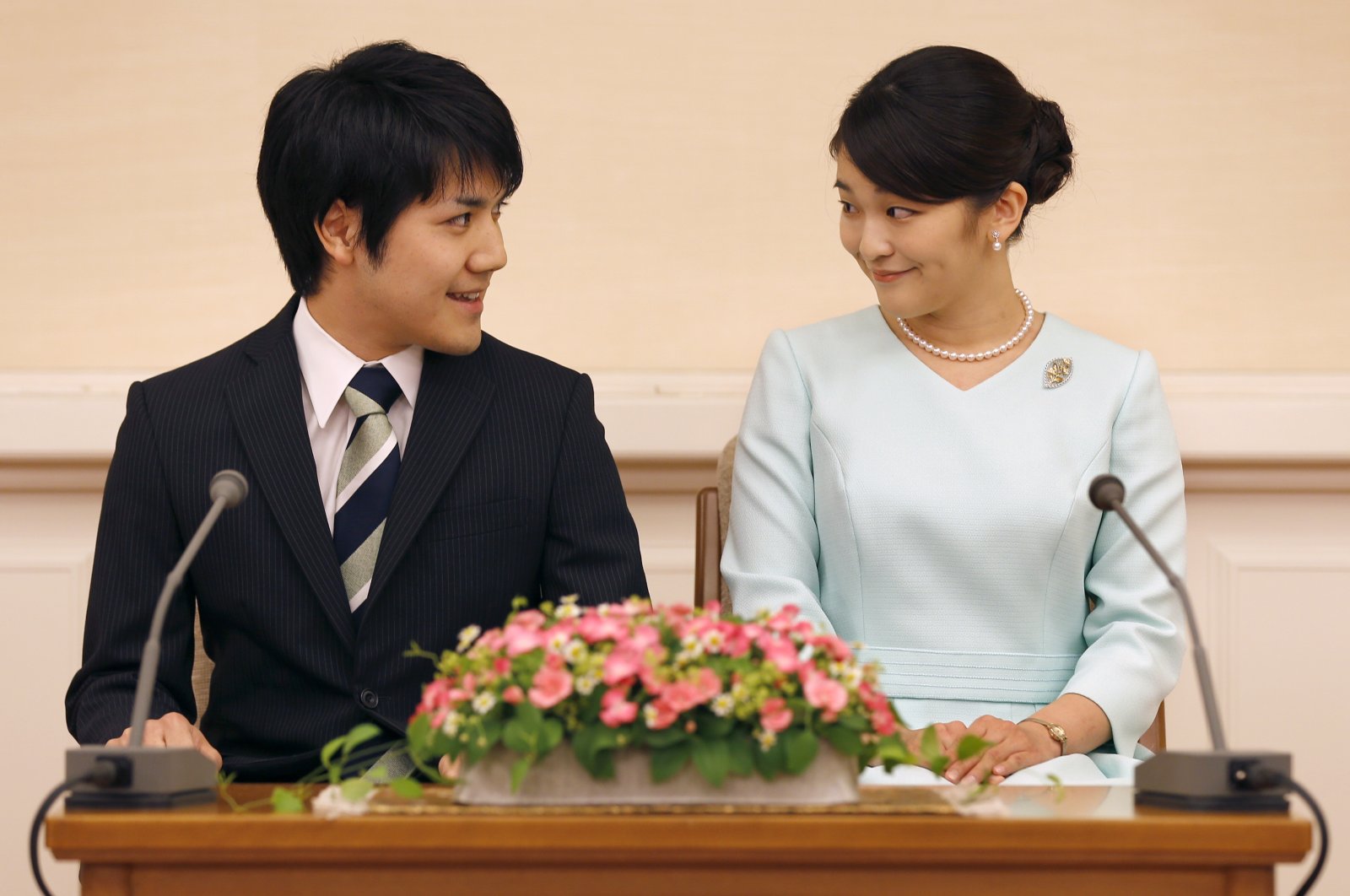 Japan's Princess Mako will marry her former classmate and commoner later this month after years of controversy, but she will forego traditional rites and will not take a usual payment given to royal women marrying commoners.

Princess Mako, who is the niece of Emperor Naruhito, has been engaged to sweetheart Kei Komuro since 2017.

But the union has come under criticism, with the agency saying the 29-year-old princess was suffering complex post-traumatic stress disorder because of media coverage.

Mako, the daughter of Japan's crown prince, has endured years of sniping and stalling over her plans to marry Komuro, also 29.

Japan's imperial succession rules mean that Mako will lose her title after the marriage.

But her partner has still been heavily scrutinized over allegations that his mother borrowed money from a former fiance and failed to repay it.

After tabloid reporting on the claims, a furor erupted around the young couple in a country where the royal family is held to an exacting standard.

The pair postponed their wedding, and Komuro moved to the United States for law school in a move that was widely seen as a bid to defuse the negative attention.

Crown Prince Akishino last year said he supported his daughter's marriage, but that she needed to win the public's "understanding."

However, the pair appear to have decided they have waited long enough, and are now expected to move to New York after marrying.

Komuro returned to Japan earlier this week to a media frenzy, with particular scrutiny of his newly grown ponytail.

He is observing Japan's mandatory 14-day quarantine for overseas arrivals, and local media said the couple were expected to reunite for the first time in around three years after he emerges on Oct. 11.

'No need to attack her'

Mako will become the first royal to forego traditional marriage rites and a payment – reportedly up to $1.3 million – since World War II, according to Japanese media.

The tumult around her marriage, and the couple's decision to move to the U.S., have made for inevitable comparisons with another royal couple: Britain Prince Harry and Meghan Markle.

The marriage news topped headlines, with several newspapers printing special editions to mark the announcement, but reaction online was divided, with some unhappy but others welcoming the wedding.

"Congratulations. Imperial family members should have a right to make a decision on their lives," wrote one Twitter user.

The term "complex PTSD" was trending on Japanese Twitter, with some expressing sympathy for the princess.

"It's not surprising if she's developed complex PTSD. There is no need to attack her further, is there?" wrote one person on Twitter.

But others cast doubt on the announcement, with another Twitter user saying "this timing means 'don't criticize.'"

Mako is sister to Prince Hisahito, 15, currently the only eligible male heir to the throne other than his father.

Japan's Chrysanthemum Throne can pass only to male members of the family, and the children of female royals who marry outside the aristocracy are not included.

The strict rules have raised fears for the future of the royal family, with just two male heirs and no prospect of new ones for years to come.

But attempts to debate succession reform have been met with staunch opposition from traditionalists.

Mako is not the first member of the royal family to suffer the consequences of hostile media attention. Empress Masako has long battled a stress-induced illness that emerged after she struggled with the pressure to bear a son and royal restrictions on travel.