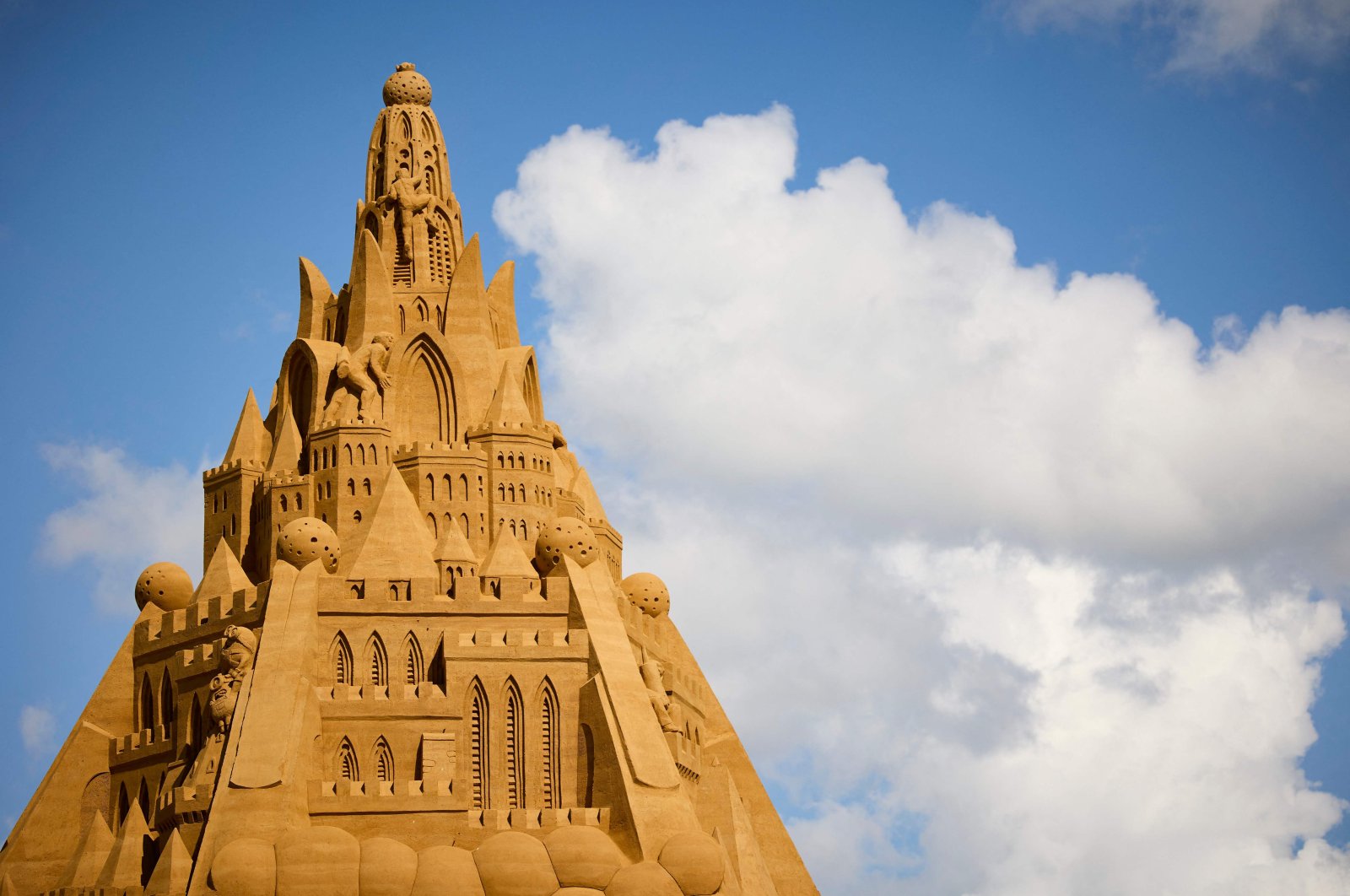 You painstakingly build your beautiful sandcastle on sandy shores and take a step back to marvel at your incredible creation – only for a small wave to wash it all away. That is the painful beauty of sandcastles. In the small seaside town of Blokhus in Denmark stands a sandcastle that would require a particularly big wave to destroy. The construction towers over 20 meters (65 feet) high and weighs nearly 5,000 tons, making it the world's tallest sandcastle, its designers said Wednesday.

The castle stands 21.16 meters high (69.4 feet), more than three meters taller than a castle built in Germany in 2019, which previously held the title with its 17.66 meters (57.9 feet), according to Guinness World Records.

A total of 4,860 tons of sand make up the intricately decorated structure, which is reminiscent of a pyramid.

Its creator, Dutchman Wilfred Stijger, who was assisted by 30 of the world's best sand sculptors, wanted the castle to represent the power of the novel coronavirus over the world since the beginning of the pandemic.

Atop the sandcastle is a model of the virus wearing a crown.

"It tells you what to do .... It tells you to stay away from your family and not go to nice places. Don't do activities, stay home," he added.

To make it more cohesive, the sand contains approximately 10% clay. A layer of glue was applied after it was completed so that it could stand up to the chilly and windy conditions of the autumn and winter.

Inhabitants of Blokhus have also been delighted to see local features incorporated into the sandcastle, such as windsurfing and kite-surfing, beach houses, fish and lighthouses.

The castle is expected to stand until the heavy frost sets in, meaning it should last until February or March.