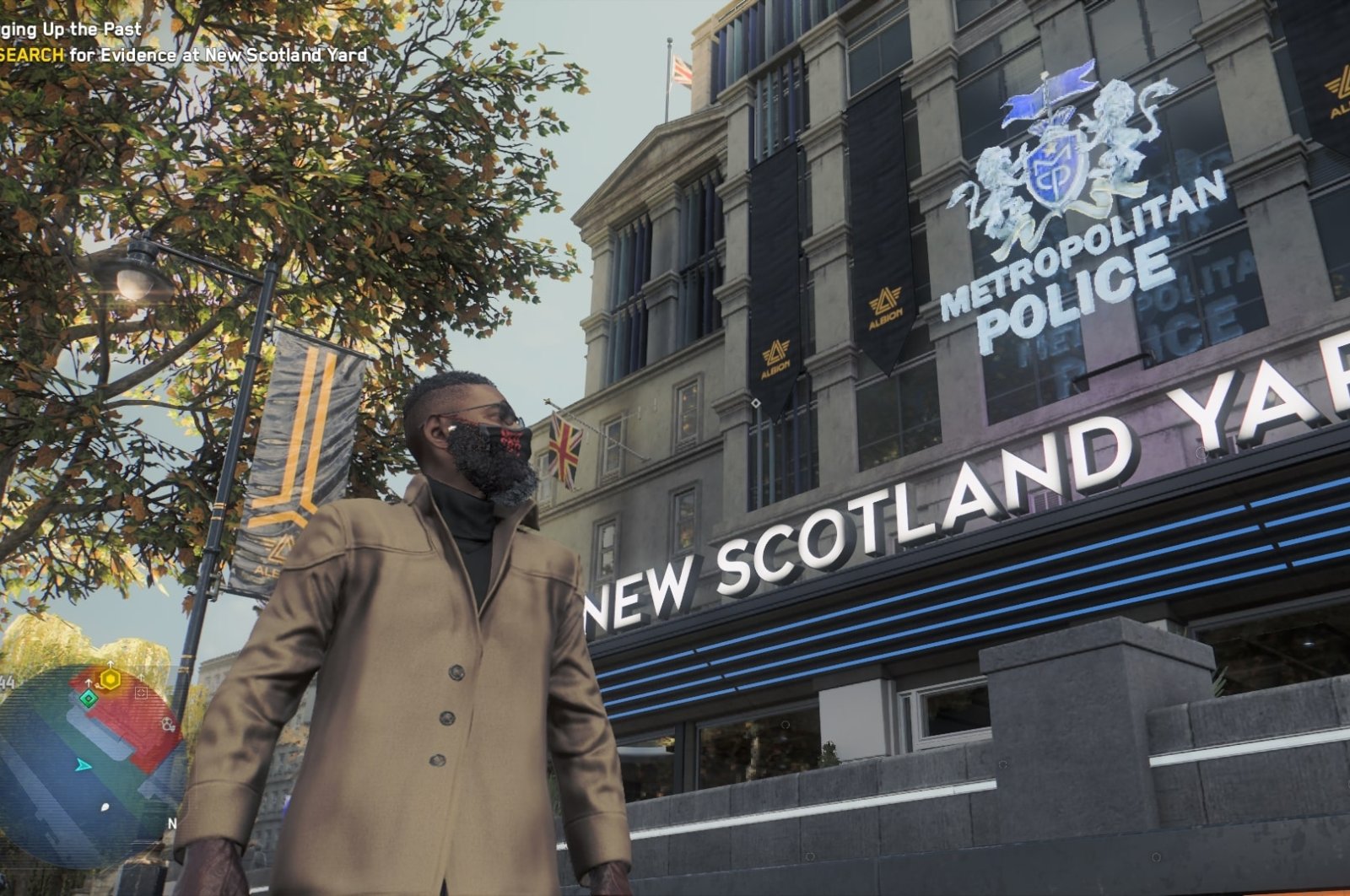 Some gamers who have been playing the latest installment in the Watch Dogs franchise on Xbox consoles have experienced a bug that sometimes prevents them from saving their game. (Screengrab from Watch Dogs: Legion)
by Emre Başaran
Nov 23, 2020 1:15 pm

This article was meant to be a review of a next-gen game with fancy graphics. In a nasty twist of fate, I now feel I have the responsibility to tell you about the evils of online single-player gaming

Imagine this. You've spent your hard-earned cash on a shiny new console, one that even hails from a new generation of consoles. You set it up and immediately start to feel adrenaline bubbling up inside you. You can't wait to experience the glamorous world of ray-tracing, crisp graphics, superb loading speeds and games that look better by the day.

The only question you have on your mind is: Which game should I try first? As if the cost of the new console wasn't enough, you splash out an extra few dozen bucks for a new game, but you know it'll be worth it.

That’s exactly what I did. I opted to buy Watch Dogs: Legion because it was one of the few “truly” next-gen games available. I didn’t want a game that was “optimized” or “enhanced,” I wanted a game that I could feast my eyes on to admire the newest technology. So I got it on my Xbox Series S.

I am one of those people who hate to jump into a series without playing all games in order – from the very first to the very last. That’s why I still haven’t played the masterpiece Uncharted 4, because I yet have to finish the first three games. Pumped up for seeing Watch Dogs: Legion on show, I quickly researched it and found that the game’s story is not intertwined with the previous two games, which gave me the green light to give it a shot. I had also dabbled in playing the first game of the Watch Dogs series, so I was familiar enough with the hacking mechanics the gameplay is based upon. One of the game's selling points for me was also the promise of a beautiful London to explore. As Samuel Jackson once put it, “A person bored of London is bored of life.” So I craved some virtual sightseeing along the way as the story progressed.

But soon I would discover that an unfortunate set of events was on the horizon for me.

“Man, this game is beautiful,” was my initial reaction when I started playing. Even though I’ve never been to the United Kingdom before, I really felt that what I was seeing was an excellent portrayal of the British capital. And even one of my friends who studied in London toured around the map a little and told me I was right to call it an excellent replica of the real-life metropolis.

But this is gaming, and visuals do not mean that much to a real gamer. For a seasoned single-player gamer like myself, the mechanics and the story progression are above all else.

Even though I only managed to clock in six to eight hours of the game’s story, I was pretty satisfied with what I was seeing. Driving is an absolute shame in the game, however; it feels as if you are driving a remote-controlled toy. It cannot replicate the feel of driving a real car, and ends up feeling incredibly arcade-like, comically so. Yet, this is not a racing game, and I can live with that.

Watch Dogs: Legion is a game of hacking, stealth and revolution. You are literally trying to save London from an evil private military called Albion. These three pillars, again as far as I’ve been able to experience, were executed successfully. While lockpicking doors or hijacking security cameras, you may not feel like a "real hacker" per se but you do feel like the protagonist of a wacky hacker movie. You may not feel as stealthy as in the famous Splinter Cell series for example, but you are doing something out of bounds. The main tool that has been historically necessary for revolutions, the gun, also feels substantial. It evokes the sense that you are actually hitting these virtual evil mercenaries when you shoot them, especially in the head.

Yet there is a catch: If you are playing in the hard difficulty level, as I did, the bad guys take a lot of bullets to die – six to seven bullets at least. You'll have to shoot them in the head twice to kill them. That’s not the best way to increase difficulty in a game, but some people may appreciate that. I'd prefer more cunning enemies, but this is the point Ubisoft fails at. The mercenaries are plain and simply put – stupid. The French game developer does not have a good track record with artificial intelligence (AI), and it shows with Watch Dogs: Legion.

These aren't enough to turn me off a game but what I cannot, I underscore, live with is the loss and waste of my time and efforts. And, Ubisoft made me go through this pain.

Pleading “no, no, no!” is an understandable reaction, upon realizing that I had lost at least three to four hours of progress. I was devastated.

I was at least six hours into the game’s story. Deep in concentration, I was liberating London borough by borough. And aside from the funny car-driving mechanics, the game was pretty decent. I was in a positive set of mind, drawing up all the positives of the game for my review.

Time passed as I completed missions. Then, I started another mission – the name of which I shall not utter as not to give spoilers – which made the game freeze in the cutscene.

I wasn’t scared at first. The game did not give me the option to manually save my progress so it must have automatically done it. Right?!

As I restarted the game, I was on a mission that I passed hours ago.

That’s the cold reality of online single-player gaming. When Microsoft announced in 2013 that the then-upcoming Xbox One would require users to be connected to the internet at all times, it received such a backlash that it had to step back.

Now, after seven years, we are struggling with the same problem and are faced with the stark reality: Even the servers of a multibillion-dollar gaming giant like Ubisoft are not reliable. The game saves must be stored locally, and offline! Having felt this pain, I don't think I'll ever trust another game with online game saves and no manual save functionality. And I won't be touching this beautiful yet dystopian London simulation before it is patched by Ubisoft in December.

However, patching a game is only a temporary solution – a change in mindset is what is necessary.

Companies like Ubisoft want you to always be connected to their network, forever dependent on their failing infrastructure, in addition to their inherent greed apparent in the practice of injecting microtransactions to games that already sell for $60-$70. Microtransactions may be acceptable for free-to-play games like Fortnite (how else would Epic Games make any money from the game anyway?) but they are unacceptable for games that sell for a premium. Watch Dogs: Legion also lets you buy cosmetic items, even though it does not require you to do so, which does no harm. Nevertheless, a crashing game that causes a waste of time and effort is not.

Gamers seem to agree on that. Many people have already concentrated their efforts on returning the game, as seen in countless Reddit threads. Unfortunately, Microsoft does not accept the return of content that has been “consumed,” which we'd argue is not at all fair. Games with technical glitches like Watch Dogs: Legion will always exist, however, so I won't fight for this cause. I will be holding onto it to play after it has been properly patched.

But if Ubisoft continues to be the Albion of the gaming industry, Watch Dogs: Legion will be the last Ubisoft game I ever buy.