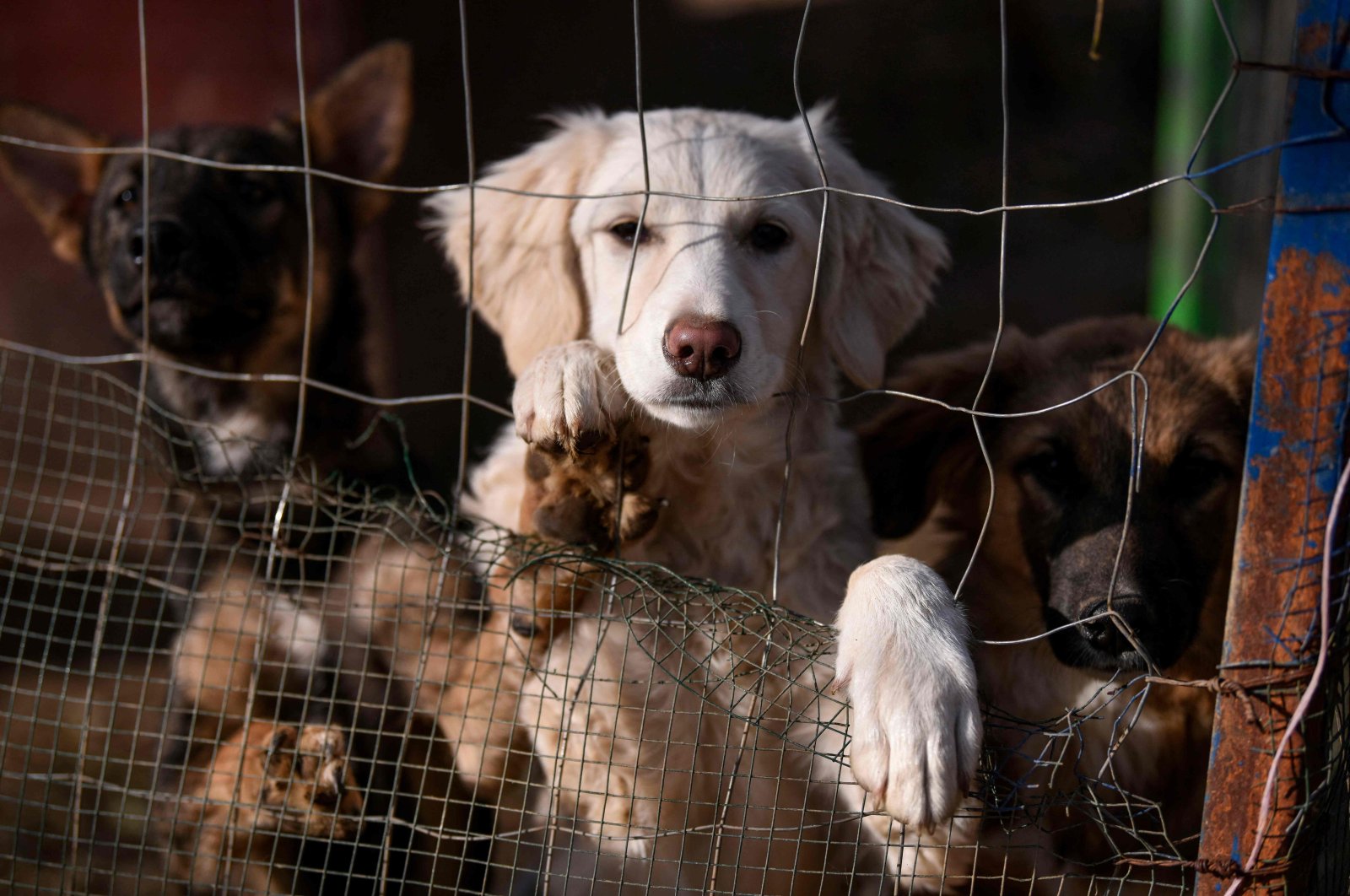 Is there something in the world that transcends the boundaries of ethnicities, nations and cultures? Well, yes there is, namely: Love. That fact has been proven once again as the unlikely duo of an Albanian and a Serb have teamed up in Kosovo in their love for canines as they started to run a shelter for abandoned dogs, bridging two ethnicities in a country that has been cruelly divided ever since a devastating war two decades ago.

Distrust still undercuts relations between the Albanian and Serb communities, without a common language and with ethnic tensions never far from the surface.

But the lingering distrust has done little to separate Mentor Hoxha, 55, the Albanian founder of the Pristina Dog Shelter, and Slavisa Stojanovic, his 57-year-old Serb counterpart.

Their operation provides shelter to some 40 dogs in a handful of kennels sitting near farmland in Gracanica, a Serb-majority town near Kosovo's capital Pristina.

"We are connected by our love of dogs," Hoxha tells Agence France-Presse (AFP).

The two have helped more than 1,000 canines since they joined forces in 2010.

Typically, the dogs are vaccinated and sterilized before being released back into the streets, while puppies and other more vulnerable canines remain at the shelter.

Hoxha and Stojanovic manage to place about 80 dogs a year with families across western Europe.

The war on strays

Animal shelters are rare in this poor corner of southeastern Europe, where stray dogs have long been a scourge in Kosovo's cities and villages.

The numbers soared after the conflict pitting Serb forces against Albanian guerrillas in the late 1990s, with abandoned pets pouring into the streets as the internecine fighting displaced their owners.

To combat the problem, Kosovo authorities offered bounties to hunters to gun them down – until a public outcry spurred on by celebrities including French actress Brigitte Bardot stopped the culling.

Following a string of dog attacks on children in 2017, the Kosovo government invested 1.3 million euros ($1.5 million) in a four-year sterilization program.

But an estimated 10,000 canines have yet to be neutered, leaving a persistent population of dogs on the streets.

With few willing to help the strays, Hoxha and Stojanovic channeled their love of dogs into creating one of the few shelters working with street dogs – and outsiders marveled over their ability to overcome their ethnic differences.

"I find it strange when people ask about us. It's completely normal for people to socialize. The war ended 20 years ago," Hoxha laughs.

An estimated 13,000 people were killed in the 1998-99 war, which ended after a three-month-long NATO bombing campaign forced Belgrade to withdraw its troops and leave the governance of the region to the United Nations.

Kosovo unilaterally declared independence from Serbia in 2008, with around 100 countries recognizing it as a sovereign state – with the exception of Serbia and its allies, Russia and China.

Hoxha suggested starting the shelter after a chance meeting with Stojanovic in the street, discovering that they shared a passion for helping the abandoned dogs in their area.

"Mentor and I are alike in heart and soul, and in our love of animals," Stojanovic says.

The shelter relies mostly on donations and an army of volunteers, with the lion's share of their funds helping to cover the costs of vaccinations and sterilizations.

"Our project has had a lot of impact on the situation, and the awareness and attitude of society towards abandoned dogs – primarily the importance of sterilization," Hoxha says.

Kosovo filmmaker and animal rights activist Hana Noka said more needs to be done in the country to raise awareness about the issue of strays.

"There are stray dogs that live in horrific conditions and left alone on the streets all year round. Most passers-by don't even look at them," Noka says.

Despite the hardships and perennial lack of funding, Stojanovic says he has no regrets about dedicating himself to stray dogs.

"If I started again I wouldn't change anything. I feel at home with animals. I'm with the dogs nonstop," he says. "They show great love – they just don't talk."