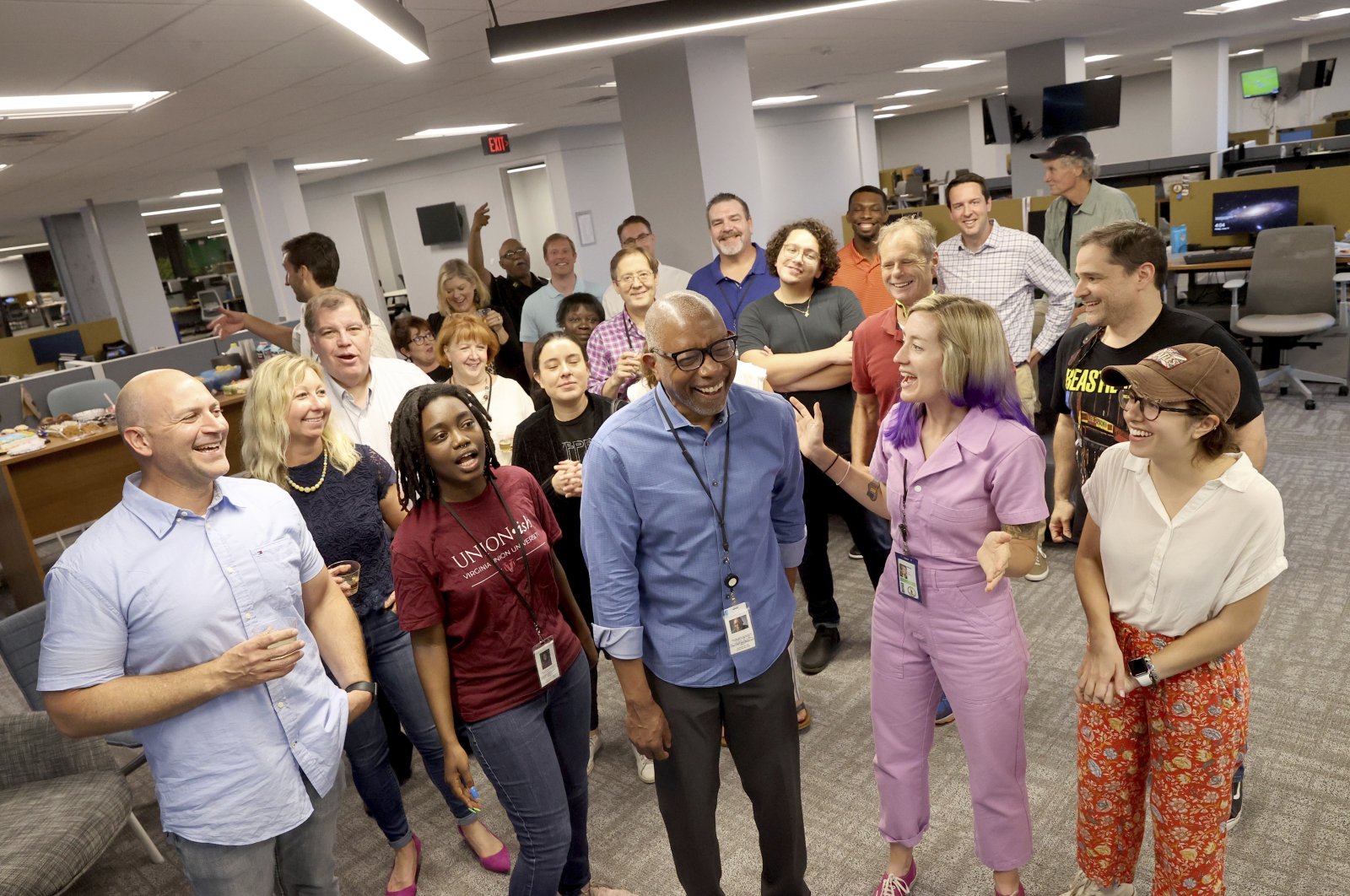 Michael Paul Williams (C), a columnist for the Richmond Times-Dispatch, celebrates with other newsroom staff at the newspaper Friday, June 11, 2021, in Richmond, Va. The Pulitzer Prize for commentary went to Williams for his series of columns on dismantling Confederate monuments in Richmond following Floyd’s death. (AP Photo)
by German Press Agency - DPA Jun 12, 2021 12:09 pm

U.S. media, among them the New York Times, were awarded Pulitzer Prizes on Friday for their reporting on the coronavirus pandemic and on the protests against racism and police brutality.

The public service prize went to The New York Times for "courageous, prescient and sweeping coverage" of the pandemic, the organizers said.

Ed Yong from The Atlantic magazine was honored for his explanatory reporting and photographer Emilio Morenatti from the Associated Press (AP) was awarded for a series of pictures showing the impact of the pandemic on older people in Spain.

The Minneapolis Star Tribune and AP photographers were among those honored for their coverage of the death of George Floyd during a brutal police operation in May 2020 and the protests that followed.

Darnella Frazier, who filmed the death of Floyd on her phone as it was happening, received a special mention.

Frazier, who was 17 at the time, acted courageously in recording the events that spurred protests around the world and "highlighting the crucial role of citizens in journalists' quest for truth and justice."

The Pulitzer Prizes were awarded for the 105th time this year. The winners are decided by a jury based at New York's Columbia University.