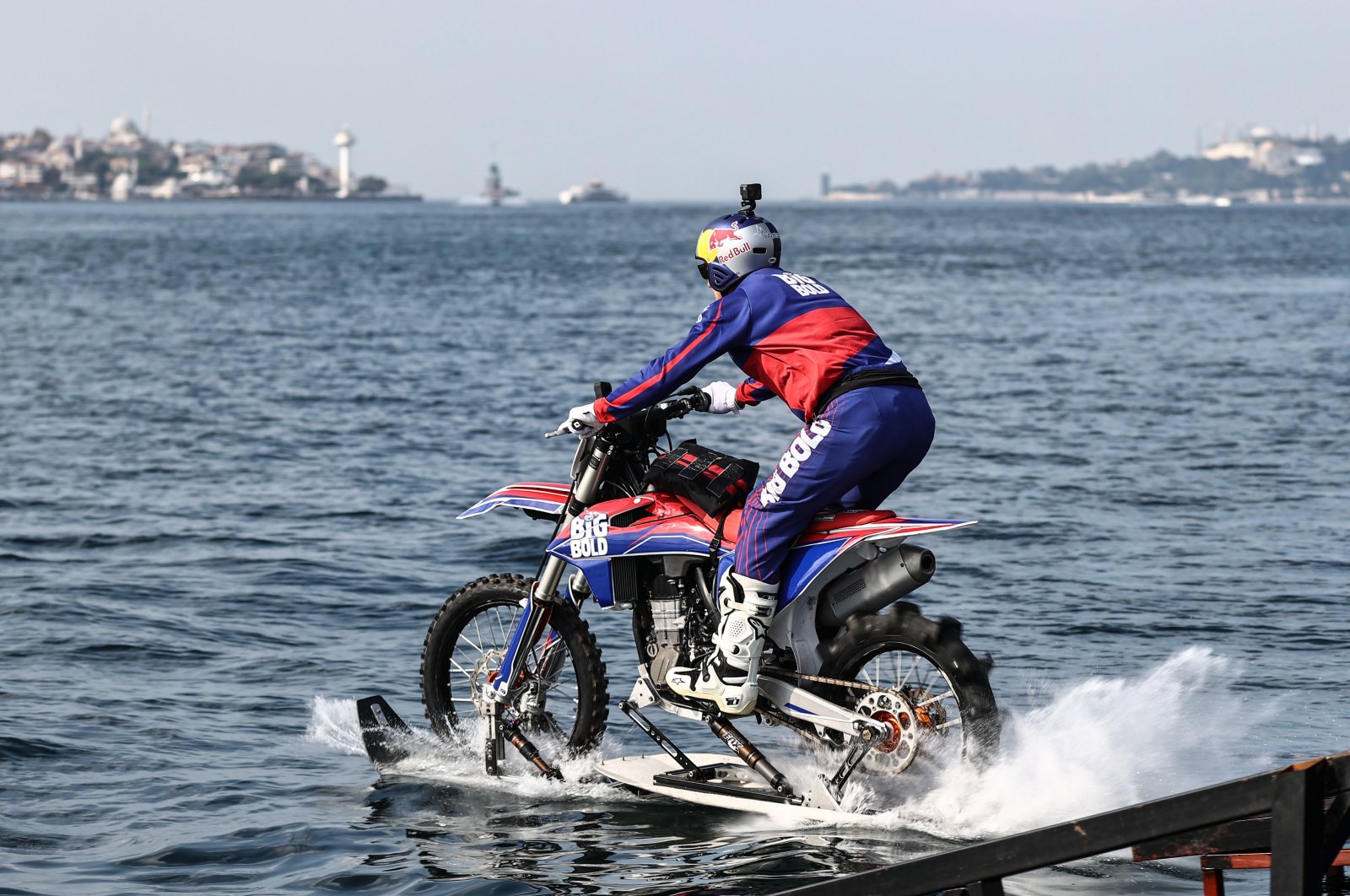 World-famous motocross racer and motorbike stunt performer Robbie Maddison broke new ground by crossing the surface of the Bosporus with a custom motorcycle he designed.

Special platforms were prepared in Istanbul’s Ortaköy and Beylerbeyi districts for the Red Bull athlete and the Bosporus was closed to maritime traffic for a while.

Descending to the sea surface from Ortaköy on his motorcycle, Maddison reached Beylerbeyi in approximately 90 seconds at a speed of 70 kilometers per hour (44 miles per hour) and successfully completed his task.

Maddison, who had a rest in Beylerbeyi for a while, returned to Ortaköy on his motorcycle, again in around 90 seconds.

Maddison created a visual feast in the blue waters of the Bosporus by crossing the strait on his motorcycle as part of a commercial.

He said that he dreamed of crossing the Bosporus on his motorcycle the first time he saw it and that he was happy to make it a reality.

Robbie Maddison stated that he trained for a year to be able to do this performance.

"We prepared for months and fearlessly researched how we could do it. We had our name written under a great and remarkable story. In exactly one minute, accompanied by seagulls and over the waters of the Bosporus, I crossed from Europe to Asia. I will never forget the pleasure,” Maddison added.

"This is the most challenging task I have ever accomplished. May this performance be an inspiration to all who are currently dealing with challenges. Either think big or don't think at all. I mean love each other and think big,” said Maddison.